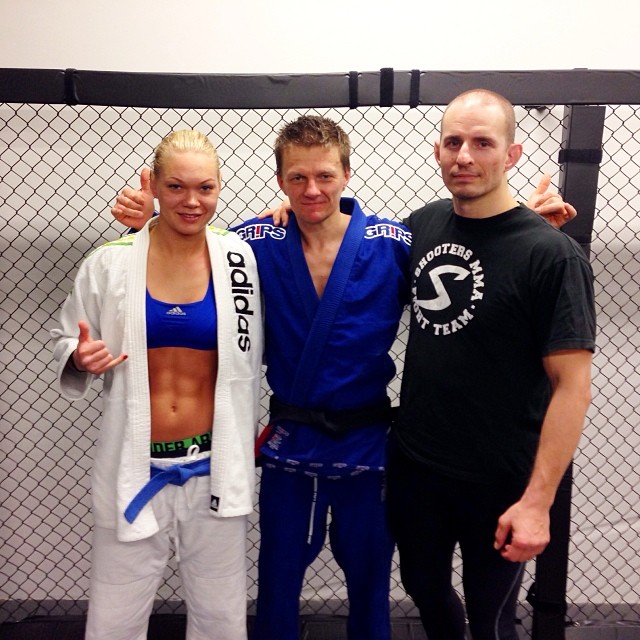 Meet Gothenburg resident Lisa Pihl. While there has been a lot of Nordic talent on the rise, Pihl is one of the hottest, recently collecting Swedish amateur championships in submission wrestling and shootfighting, the Gladius MMA fighter is now targeting the 2014 World Championship in MMA.

Hey Lisa! Nice talking to you, why dont you start with introducing yourself to our readers about yourself and your fighting game.
Hey Christoffer! My name is Lisa Pihl and I’m a 25 y.o girl from Sweden, fighting out of Gladius MMA in Gothenburg. I’m 181 cm tall and fight in either featherweight or lightweight. I’m originally a grappler, I started training submission wrestling three years ago, added brazilian jiu jitzu and thai boxing as a complement to start focusing on MMA and shootfighting (swedish amateur MMA) nearly six months ago.

Also talk a little about your success and achievements from 2013, I know you’ve been keeping busy!
2013 was a really good year competition wise. I got my blue belt and had some succes in BJJ competitions, I took a long shot and flew to the ADCC European Championships in Poland in April and got the bronze. I think that’s when I first realized that I could actually compete successfully on the international scene. After that I got the honor to coach the Swedish National team in grappling for the FILA World Championships in Canada. That was an amazing experience, I’m very thankful to have gotten the opportunity. Didn’t really think I could top that, until the fall came with a very exciting work project, followed up by two Swedish Championships in one week; in submission wrestling and shootfighting. I was very lucky and got the gold in both competitions.

With your credentials in the grappling scene and your success of late you’re a real hot prospect on the Nordic WMMA scene, how much longer until we see you as a professional inside the cage?

Wow, thank you! Right now my focus is a 100% on the upcoming World Championships in amateur MMA, held in Vegas on the 4th of July holiday. We’ll just have to wait and see, but of course my ambition is to fight in the big Octagon. Soon. You can follow my journey on my blog at http://lisapihl.wordpress.com.

Earlier this year you went to the FILA World Cup as a coach, but you ended up winning the Gold medal without even fighting. What happened there?
Yeah, that’s kind of an odd story. As I said earlier I got the honor to coach the team, which was an amazing experience. On competition day the head of FILA Grappling asked me if maybe I wanted to compete as well, since they had an extra spot in the +71 kg weight class in which a Canadian girl was standing without an opponent. I took the chance, paid my FILA license and weighed in. But all of a sudden the girl had left the weight class. That really sucked… So I got the gold I’ve always wanted. But in a way I could never be proud of. So I guess I’ll have to fight for another World Championship gold now…

What do you see on the horizon? Where do you see yourself in a year from now.
My next big goal is the Amateur World Championships in MMA. I hope that I will perform really well in that championship and get to fight in a bigger octagon – to go pro. In a year from now I hope that I’m still enjoying the sports as much as I do today and that I have more time to train than I do now since I work full time. Sponsors are welcome… 😉

Who do you draw inspiration from? Any particular fighters or anybody you look up to.
My main inspiration is my mother and my late grandfather. They taught me to work hard and to never settle for less. Of course, Ronda has also been a big inspiration. After her first armbar on Miesha I must honestly say that I chased those armbars a little bit extra.

Thank you Lisa for you time and good luck in the future. Anybody you would like thank?
I’d like to take the opportunity to thank a bunch of people who really mean a lot to me. Without them I would never have made it this far. Family and friends, the head coach of my team, August Wallén, my coach Pierre Jadenheimer, teammates from Gladius MMA as well as friends from other academies and last but not least, my sponsors Adidas Budo Store, MMSports and Vitamin Well. 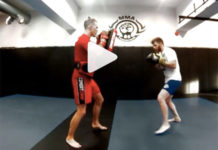