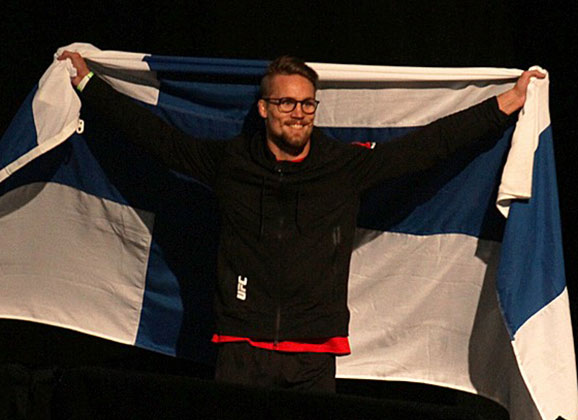 Teemu Packalen (7-1) will step into the Octagon for the second time, this time with some advance notice. The Finn stepped up on late notice last July against Mickael Lebout at UFC FN 72, where he lost by unanimous decision. The FinnFighters Gym fighter will now face Poland’s Lukasz Sajewski (13-1) on February 27th at The 02 in London.

Packalen fights out of Turku Finland and was undefeated with all stoppages before heading to the Octagon.

Sajewski also had an undefeated run outside of the Octagon, with 13 straight wins. He lost his UFC debut last June against Nick Hein.