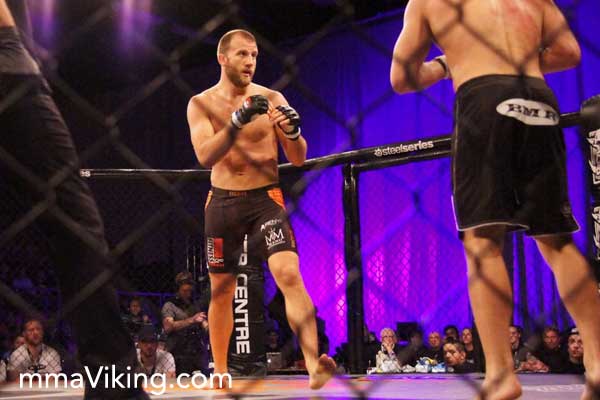 Tor Troéng will have his UFC debut in his home country of Sweden on April 6. “The Hammer” told Norran.se today of his announcement, that he will along with the rest of the middleweights will get the promised match after TUF by Dana White. “I’ve known about it for a little while” says Troéng about the match that pushes the card to a full 13 bouts at Ericsson Globe Arena.

Troeng will be facing Adam Cella. Cella got a lot of attention for being on the receiving end of Uriah Hall’s highlight-reel knockout in episode #3. The American has a professional MMA record of four wins and zero losses. Both fighters will make their Octagon debut.

Cella, a Jon Jones’ team member, will face Troeng from Team Sonnen. Tor Troeng was knocked out by Team Jones’ No. 2 pick, Josh Samman in episode #6.

Troeng says about the loss, that “It’s been tough. But at the same time, it feels like fate a little. If I had not been knocked out, is I had not had the chance to go match in the Globe.”

The card headlined is headlined by Troeng’s fellow training partner Alexander Gustafsson, who will be facing Gegard Mousasi. Troeng’s fight is expected to be on the prelim card.

If you missed the MMA Viking interview with the Swede, check it out here.