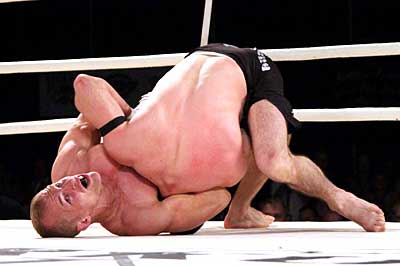 The fifth Turku Fight event caused quite a stir in the Finnish MMA scene. Small Turku-based promotion celebrated the 15th anniversary of the sport in Finland with two bouts fought with “original Finnfight rules”. The reality on Saturday night was that the most entertaining and roughest battles were fought with modern MMA rules.

In the end, the most thrilling thing about the NHB fights was seeing two real local heroes – Jerry Kvarnström and Sauli Heilimö – getting back into the ring.

Kvarnström’s fight lasted only three and half minutes, ending in controversy. Being an experienced wrestler, Kvarnström locked up a tight guillotine after two minutes, and a while later the third man in the ring stepped in as Russian Yunus Evloev had apparently tapped out.

But Evloev popped right up and started protesting fiercely denying he had tapped. The decision stood and Kvarnström’s hand was raised after Evloev had stormed out of the ring. Referee Miikka Lahtinen confirmed after the fight that Evloev had clearly tapped several times on Kvarnström’s leg.

In the main event, Sauli Heilimö raised the roof with his monumental entrance. One of the biggest legends of Finnish MMA returned to action once more five years after his last fight. Heilimö wanted to experience bare-knuckle fighting for one time, and got his chance in front of his home crowd. But the fight itself was rather disappointing.

Known as ruthless competitor, Heilimö wanted to take the fight down quickly as it was obvious that the bigger Dmitry Samoylov was the better striker of the two. Samoylov had nice takedown defence, but after a while he had to give in to Finnish BJJ black belt’s pressure.

From that point on the last eight minutes of the fight – the fight was scheduled for one 10-minute round – were spent on a stalemate. Heilimö tried unsuccessfully to pass Samoylov’s tight guard, and on the other hand the Russian fighter was really passive on his back.

Because of the old rules, referee did not break up the uneventful grappling, and tired fighters could not manage to get a solution. Heilimö was clearly the more active side and he got a majority decision in his favor. After the fight Heilimö confirmed that he would not fight again.

“I’m not satisfied with the way I fought, but I’m satisfied for the win of course. And I’m happy I got to do this thing I wanted for a long time, Heilimö stated. 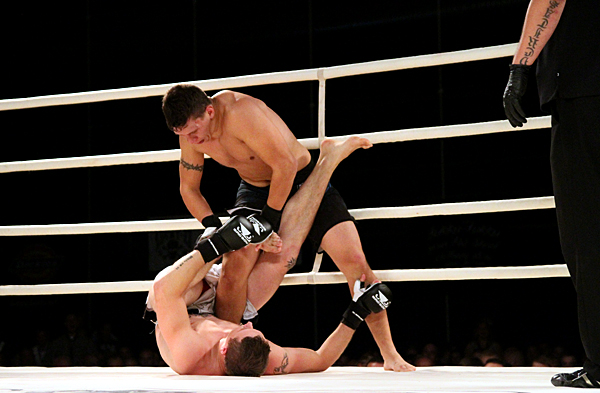 Maijala’s teammate from MMA Kemi, Jussi Pirttikangas, also made his debut as a pro and nearly finished Eemeli Sainio with a barrage of heavy shots and kicks in the first two minutes. Sainio survived the start, and turned the fight around as Pirttikangas gassed out after the first round. After a strong second round Sainio was awarded with a majority decision win.