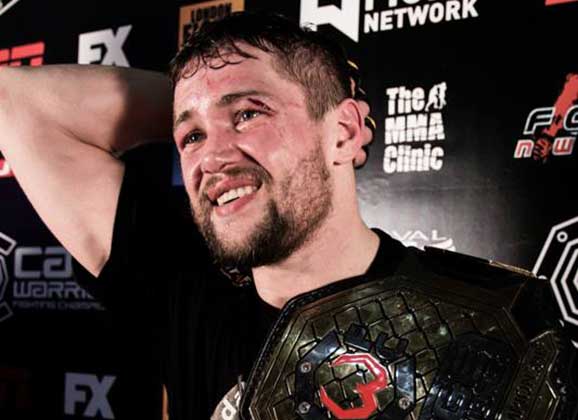 It was Dane Nicolas Dalby who captured the vacant Cage Warriors welterweight world title against Sergei Churilov Saturday night in Copenhagen. MMAViking.com talks to the newly crowned champion shortly after the big win. “I tried the question mark kick” says the Sharpshooter, who continues “I caught him with a kick and his eyes were crossing.” The Rumble Sports fighter talks about the battle that led to the fourth round highlight headkick finish. ‘It’s a little bit frustrating when you fight a guy that is only countering’ says about the pre-stoppage battle. See the full interview below.