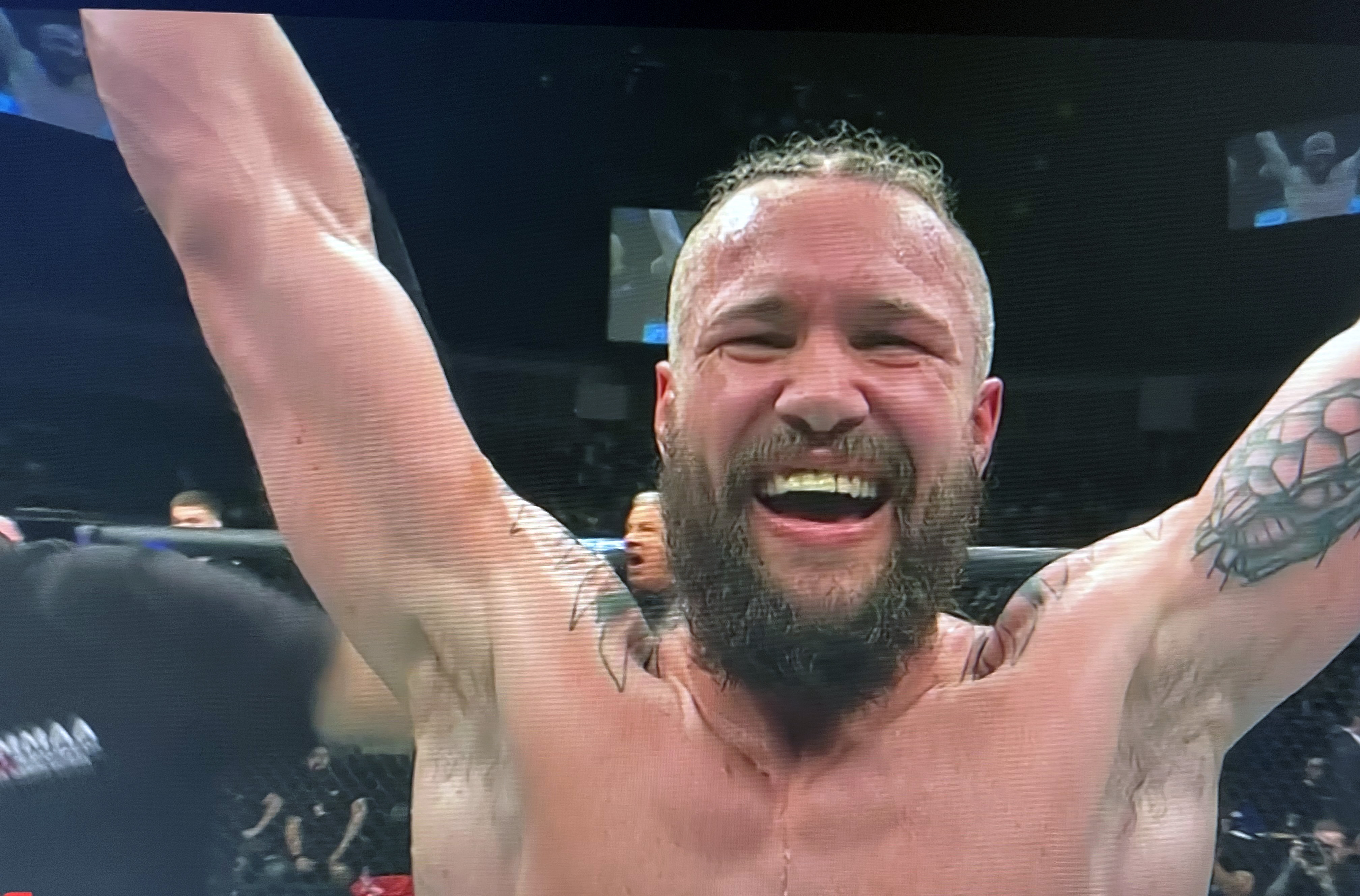 Denmark’s Nicolas Dalby (20-4-1) returned to action for the first time in over a year, and showed no rust when he beat grappler Claudio Silva (14-4). The “Danish Dynamite” won by unanimous decision over Silva with top-notch cardio and offense for strong second and third rounds at UFC London. Read the live play-by-play below.

Dalby defends a single leg take-down from Silva early, bouncing on one leg, but the Brazilian finishes and moves to full mount! The Dane is in trouble, but staying calm. No advancing from Claudio that looks content on just being in full mount. Dalby moves to half guard with two minutes left in the round, and eventually gets his back to the cage and tries to stand up, but Claudio not having it. A clear round for Silva.

Nicolas lands a really nice left kick in the standup to start the second, until Silva gets in on a take-down again. Dalby moves his back to the fence, and tries to get up, but gets pulle down into a body triangle. Silva takes back and locks in a rear-naked choke, but Dalby relaxes and spins to reverse the position. the Dane is now on top half way through the round! Silva gets up, and Dalby lands a booming right hand… Dalby defends a take-down and lands a big knee. Silva is tiring. Dalby in controll and lands a good right hand, and then a left hand… and then a right hand, and now a knee in the clinch and another and another and another and another. The crowd loves it. Silva is so tired, while Dalby is fresh. Big round for Dalby, could be a 10-8.

Nicolas defends a take-down and ends up in top position, where Silva wants it to be to rest. But Dalby in control and looking to posture up and land elbows for more damage. Back to the feet and Dalby looking to land something big. Nice left lands. Another punch, but it misses and Silva gets a take-down. Dalby looking for omoplata and ties up the grappler briefly, and now Silva moves to half guard as the round comes to an end… but Dalby does not give up and gets to his feet as the bell rings.  That’s a Dalby round and should give him the nod on the judges card.