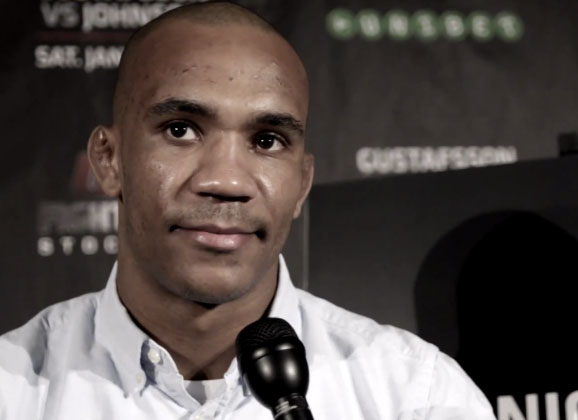 Nico Musoke (13-3-1) was at media day to discuss his upcoming bout against Russian Albert Tumenov (14-2).  “Every fight is always the most important one you have” says the local fighter that reps Rinkeby Muay Thai, Prana Jiu Jitsu, and BK Athen.

“Keep him guessing” will be the key says the welterweight that has worked his way up through most major venues in Stockholm, starting with Fryshuset just down the street in front of crowds closer to 2,500 than Saturday’s 25,000.  Musoke has an impressive 3 win and 1 loss record in the Octagon and looks forward to continuing his streak at the “historic” event.

MMAViking.com also talked with opponent Tumenov who reps K Dojo.  Albert talks about his “Einstein” nickname that he got as a kid that he didn’t like and how he eventually embraced it.

“I had a feeling I was going to face Musoke” says Tumenov, who is ready to put on a show in front of the fans.  Check out the full video interview here.