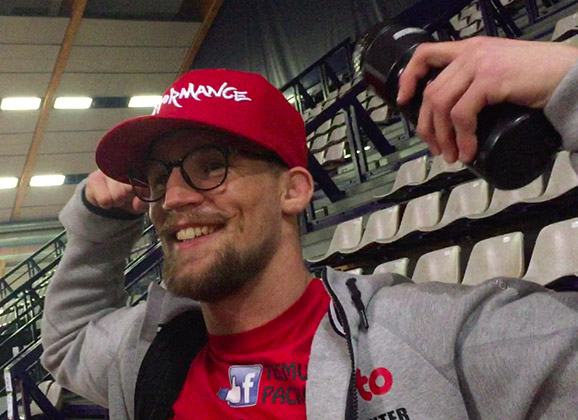 Finn Teemu Packalen (7-0) had at least 4 opponents in the lead-up to Fight Night Finland (FNF) 9. Suleiman Bouhata (9-6) was the man that ultimately ended up across from the undefeated 27 year old fighter with the fans behind him, but after a punch from the Frenchman the fight took a quick turn in favor of the local fighter. “I decided to choke him” says the FinnFighters gym fighter that talks to MMAViking.com shortly after the 23 second bout ending in a guillotine in Turku, Finland Saturday night.

“We are hoping for a fight abroad” says Packalen about his next step in his career. When asked about a possible UFC contract coming, the charismatic fighter responds that it may be near. “It’s not a fantasy it should be realistic in the near future.” Check out the interview here.

The Primus Fight Team also gives a shout out to his sponsor www.fitnesstukku.fi, so visit and pick-up some vitamins and supplements to get perfect abs and an awesome mustache, just like Packalen.