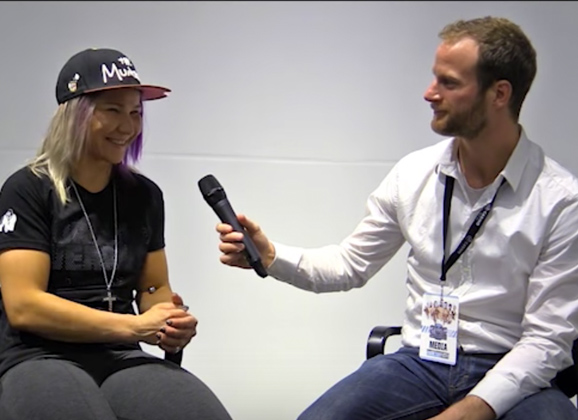 Finns Joni Salovaara, Mika Hämäläinen, and Suvi Salmimies were victorious at last Friday’s Cage 35. MMAViking.com’s Ian Cowie was in Helsinki to talk to the winners shortly after leaving the cage.

“I have this problem if I have a strict game plan it’s so well in my mind that I can’t change it if the fight goes like not predicted. I’ll fight anyone, I’ll respect anyone.” says Salmimies who snapped a three fight losing streak. Watch the full video interview above.

“I was very confident with my whole game and it was awesome. That’s actually my first time I got that choke, I’m into heel hooks more. I have seen his fights before and I know that he throws some spinning shit.” says Hämäläinen who improved his overall record to 8 wins and 1 loss. Watch the full video interview above.

“I was just hoping to get a good fight and it kind of ended to quickly from my perspective I would have wanted to go to the next round. It was a win but I’m not satisfied. I’m gonna train hard like I normally do in the summer and be ready in the fall.” says Salovaara who won after the doctor determined the cut on opponent was too deep to allow him continue to the second round. Watch the full video interview above.

“I knew that Anton was a very experienced and tough guy but I was confident about my hands power.” says Felipe Silva who defeated Anton Kuivanen in the main event. “It wasn’t my first international fight but it was my most important one. It was a pleasure to fight against someone so famous as Anton Kuivanen.” Watch the full video interview above.