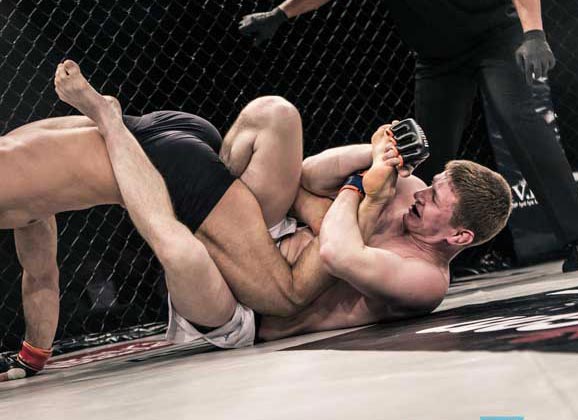 Many of Estonian’s best fighters will highlight RAJU 13 this in Tallinn at the Saku Suurhall arena.  Most notably is Ott Tönissaar, who is among the top lightweights in Northern Europe.  Prospects Henri Hiiemäe and Jüri Jõgiste will also put their skills to test against international talent for the leading Estonian promotion. Read a full fight card and event preview from the organization below.

This Saturday Estonia’s largest mixed martial arts event RAJU 13 will take place in Tallinn at the Saku Suurhall arena. Estonia’s top MMA fighters – including Henri Hiiemäe, Ott Tõnissaar and Jüri Jõgiste – will face opponents from Latvia, Lithuania and Russia. The pay-per-view stream of the event is available for 9€ (82 SEK) at http://postimees.ee/raju/ and will begin broadcasting at 6PM (Sweden time).

Henri Hiiemäe (5-2) vs Saulius Bucius (9-9-1). Hiiemäe is mainly known as a stand-up fighter – at RAJU 11 he knocked out his opponent in 35 seconds. Lithuanian Saulius Bucius is an explosive athlete whose strength is in ground fighting – 7 of his 9 victories are via submission, one via knockout and one via decision. With the two opposing styles of the athletes, the bout will be a classic match-up of striker vs wrestler. The match will take place in the featherweight division.

Ott Tõnissaar (7-2) vs Viktor Tomasevic (9-9-1). Ott Tõnissaar has a background in wrestling and has achieved 6 out of his 7 victories through TKO or submission. In his latest match for the European MMA title in Denmark Tõnissaar had to face defeat against Ayub Tashkilot. Tõnissaar is also the head organizer of the RAJU events. His Lithuanian opponent Viktor Tomasevic is a strong ground fighter and a majority of his victories have come via submission. The match will take place at a catch weight of 73 kg.

Jüri Jõgiste (2-1) vs Vitali Melnikov (1-2). Jõgiste is a strong stand-up fighter who also has experience from 12 amateur matches, 9 out of which he has won. Jõgiste won first place at the Finnish Open MMA championships in 2009 and second place in 2010. His opponent Vitali Melnikov from Latvia is the 2013 Latvian amateur mixed martial arts champion. The match will take place in the featherweight division.

Lauri Ülenurm (4-5) vs Roman Tcikalo (pro debut, amateur record 14-11). Lauri Ülenurm is a veteran fighter who has competed at RAJU events seven times. In his most recent match at RAJU 12, Ülenurm defeated his French opponent with an armbar. Roman Tcikalo from Russia has over 3 years of experience in MMA and 2.5 years of experience from judo. Tcikalo has also competed in combat sambo matches. The match will take place in the bantamweight division.

Sten Anslan (5-1-1) vs Nikolay Karpachov (3-0). Sten Anslan has previously competed at RAJU three times and won two of these matches via submission. During the amateur MMA event 3D Liiga in Tallinn this March, he was awarded with the knockout of the fight award. Anslan’s Latvian opponent Karpachov is a strong stand-up fighter who has won all of his amateur bouts. Karpachov is also the 2009 Riga champion of K-1 and has experience from two professional MMA bouts, both of which he has lost. The match will take place in the middleweight division.

Alar Hutrov (7-2-2) vs Ivan Blagov (5-2-1). Hutrov’s strongest points are his grappling and ground fighting – 3 out of his 7 wins have come via submission and 4 via decision. Latvian Blagov has a background in wrestling and he achieved 2nd place at the Latvian junior championships in Greco-Roman wrestling in 2011. Blagov has a 9 cm height advantage over Hutrov. The match will take place in the featherweight division.

Ronald Sookael (amateur record 2-3) vs Didzis Verbitskis (amateur record 5-1, pro record 3-2). Sookael has knocked out opponents in both of the MMA matches that he has won. He has additional experience from muay thai and K-1 competitions where he has 7 wins and no losses. His Latvian opponent Verbitskis is the 2013 Latvian amateur mixed martial arts champion. The match will take place in the welterweight division.

Kaiko Kell (4-3-1)vs Ranno Laur (7-4). Kell has practiced MMA for 4 years and has won a middleweight MMA tournament at the local amateur event 3D Liiga. His opponent Ranno Laur is an experienced amateur fighter who has submitted his opponents in a majority of his fights. Both athletes have also competed at the RAJU undercard events and for both of them it is the first to participate on the main card. The match will take place in the middleweight division. 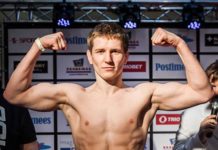 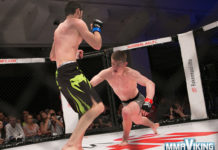 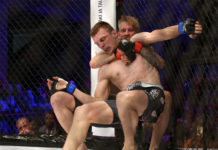 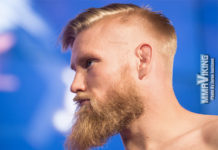 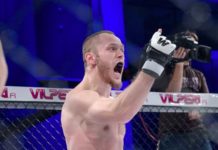