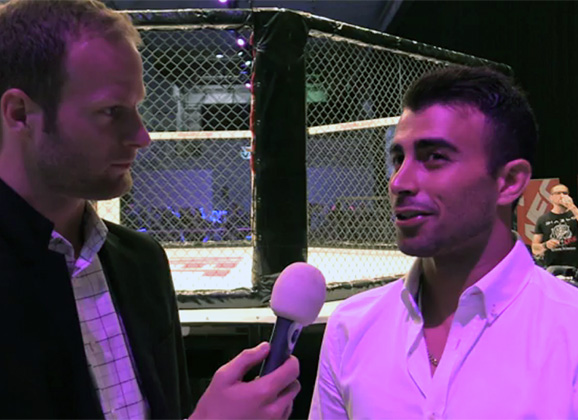 Not much has been heard from Makwan Amirhkani since he won his third straight fight in the Octagon in February.  MMAViking.com’s Ian Cowie caught up with “Mr. Finland” at the recent Cage event in Helsinki to talk about his recent training, future plans, and UFC return. “I’m in Finland at Lahti and concentrating on boxing.” says the 27 featherweight that hasn’t been booked for a fight yet. 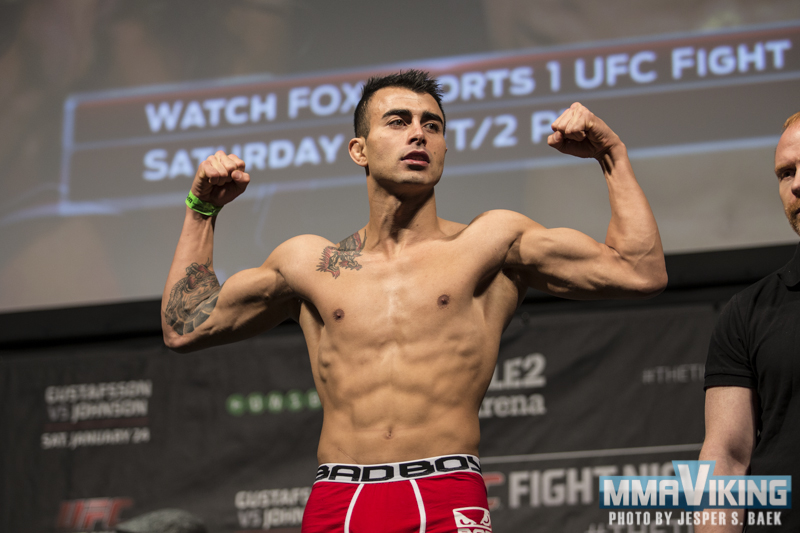 “Three months before my next fight I will travel to Ireland and train under John Kavanagh.” says Makwan that has traveled around to several gyms in the last few years to develop his skills.

“You can feel the intensity of the training… two lions testing each other.” says Amirkhani about his session with the most well known SBG fighter Conor McGregor. “I think he is a nice dude.”

“I’ve been thinking about November” says the featherweight that is looking at a top 10 or top 20 fighter in his return, as he will go for his fourth straight win in the Octagon.

Check out the full interview here: 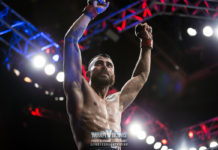