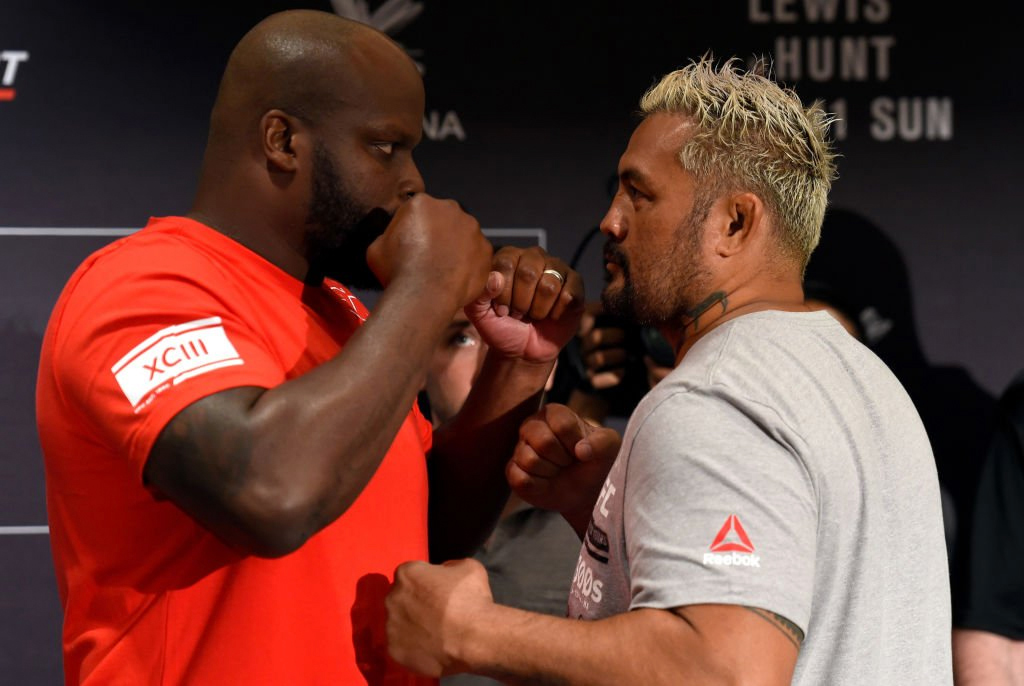 Here is the introduction to the article:

The UFC heads to Auckland, New Zealand this Sunday features their biggest star in legendary Kiwi Mark Hunt. The “The Super Samoan” is in the main event against American Derrick ‘The Black Beast’ Lewis in one of the heaviest-hitting matchups that can be made.

The 5-round main event goes down at the Spark Arena in Auckland, in only the second time the Octagon has visited New Zealand.

Also on the card is judo Olympian middleweight Daniel Kelly out of Australia that will take on American Derek Brunson in the co-main event.
Let’s take a closer look at the UFC Fight Night 110 card.