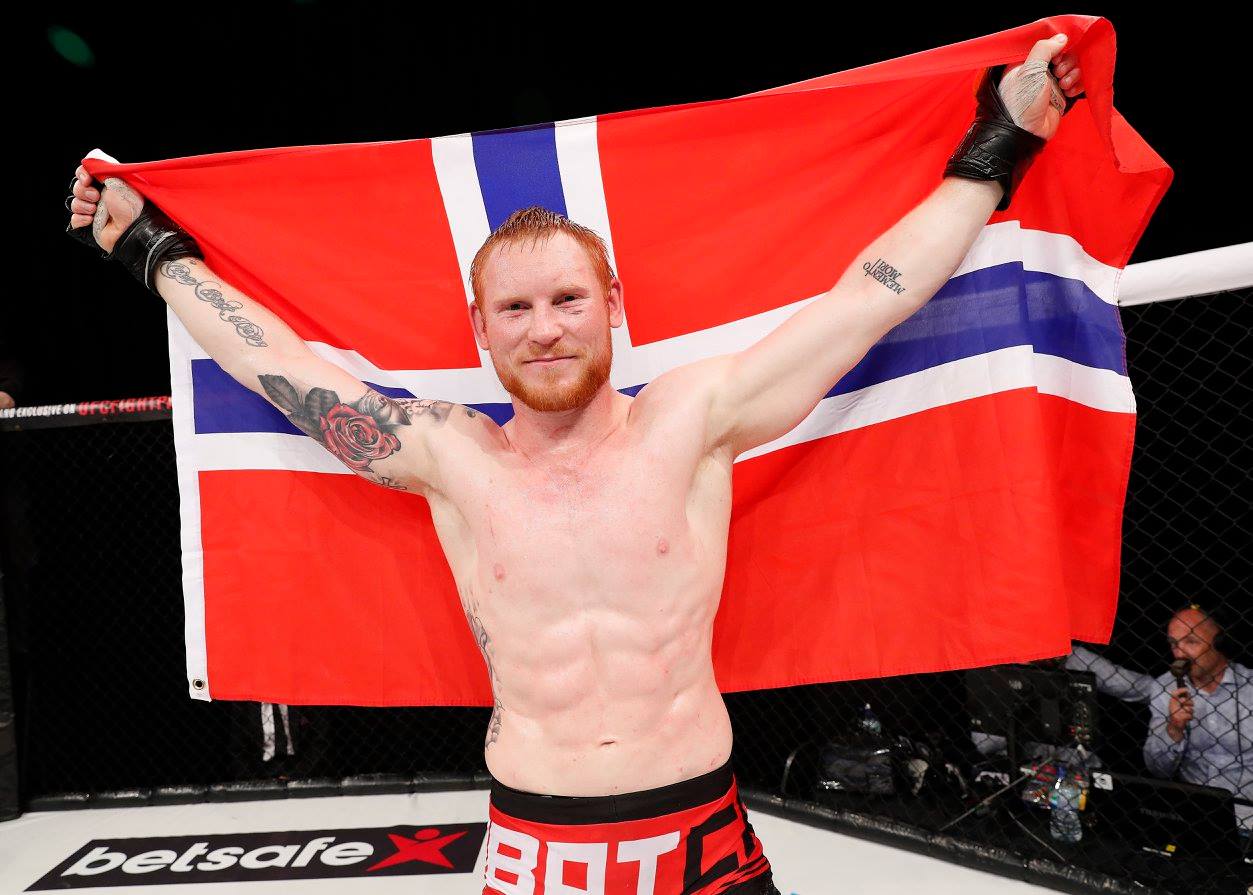 Norwegian Thomas Robertson (6-1) beat England’s Phil Wells (8-4) at Cage Warriors 84 at The O2 tonight in London, coming back from his last fight which was the first loss of his career. “There was one or two or three seconds in the last round, I was tired… and he hit me. Then I decided not to give up.” says the Norwegian that learned a lot from his last outing.

“The Saint” won the first five fights of his pro career in a combined 10 minutes. At his Cage Warriors 80 debut, he was however submitted in the first round after a wild 4 minutes and 57 seconds versus Craig White. “It was a good feeling to not just freak out.” says the Sarpsborg Chi Free Fight fighter that looked calm and composed in the unanimous decision. “The key was I cannot stay still.”

“This time I wanted to be more lose, and use my base which is kickboxing.”

“I must see the truth that I cannot finish every fight.” admits the 27-year-old Norwegian that is now two Cage Warriors fights into his contract. “This guy was really tough, he took punches and kicks.”

Check out the full video interview with MMAViking.com here: