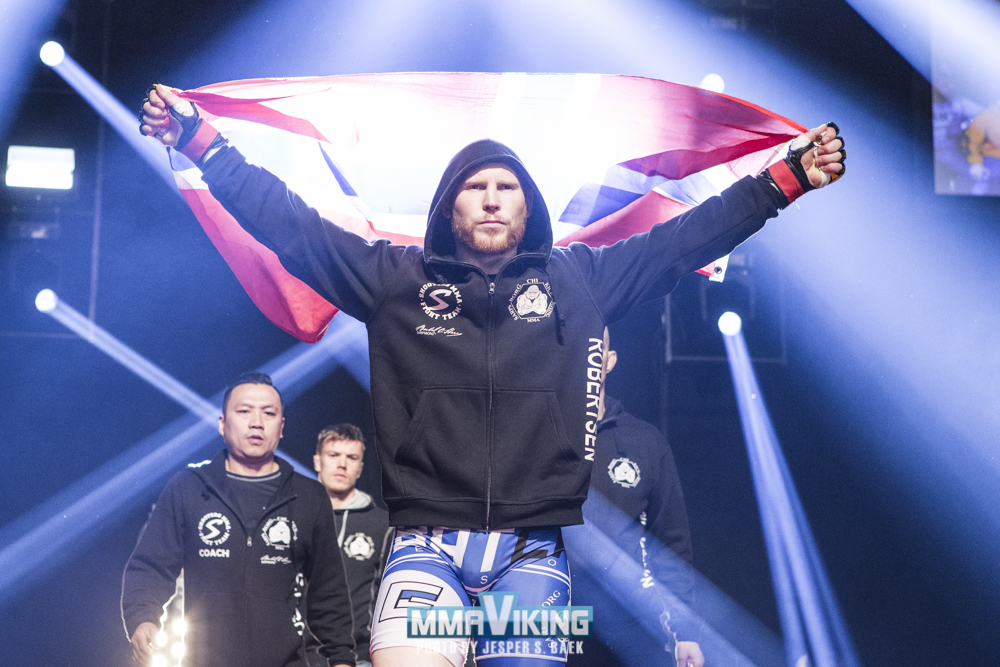 Thomas Robertsen (8-3), Norwegian welterweight/middleweight, has booked himself a fight against a UFC veteran Karel “Karlos” Vemola (27-6) from Czech Republic.

Robertsen has stepped in to fight the UFC vet on a short notice to replace Václav Mikulášek who was supposed to face Vemola previously. The fight scheduled to take place in Brno, Czech Republic, in the catchweight division (90kg). Vemola, who has been fighting at light heavyweight, steps into the octagon after almost a year since his last fight, which he lost to Attila Vegh via KO in the first round.

Vemola started off his career with 7 straight wins before signing with the UFC. In his debut at UFC 116, however, he lost to Jon Madsen. Following several wins and losses, he was released from the promotion with two of his last fights ending in submission losses via RNC. Later, throughout the years, Vemola was changing promotions to finally settle in Oktagon MMA, an organization based in Czech Republic, with which he is signed as of today. Apart from one bout in Night of Warriors, Vemola managed to compete in Oktagon MMA 3 times in 2019, meaning the 35-year old Czech was very active prior to the pandemic. Vemola steps into the octagon after almost a year since his last fight, which he lost to Attila Vegh via KO in the first round at Oktagon 15.

The Czech veteran, however, might find kryptonite in his opponent – Thomas Robertsen, who currently trains at Sarpsborg Chi gym located in Norway. “The Saint” is a grappler, the majority of who’s wins came via RNC.

Robertsen’s early career was spent in UK’s promotion called British Challenge MMA. After scoring 4 straight wins, the 31-year old Norwegian was signed to Cage Warriors. Despite losing his debut, Robersen won his next two fights to later get a chance to fight for the vacant Cage Warriors Middleweight title. Unfortunately, Robertsen lost to James Webb in the aforementioned title bout via arm triangle choke. The next bout in Cage Warriors went Robertsen’s way, before losing to Vladimir Vasilyev via guilliotine in a Russian-based promotion called Fight Club Sech.