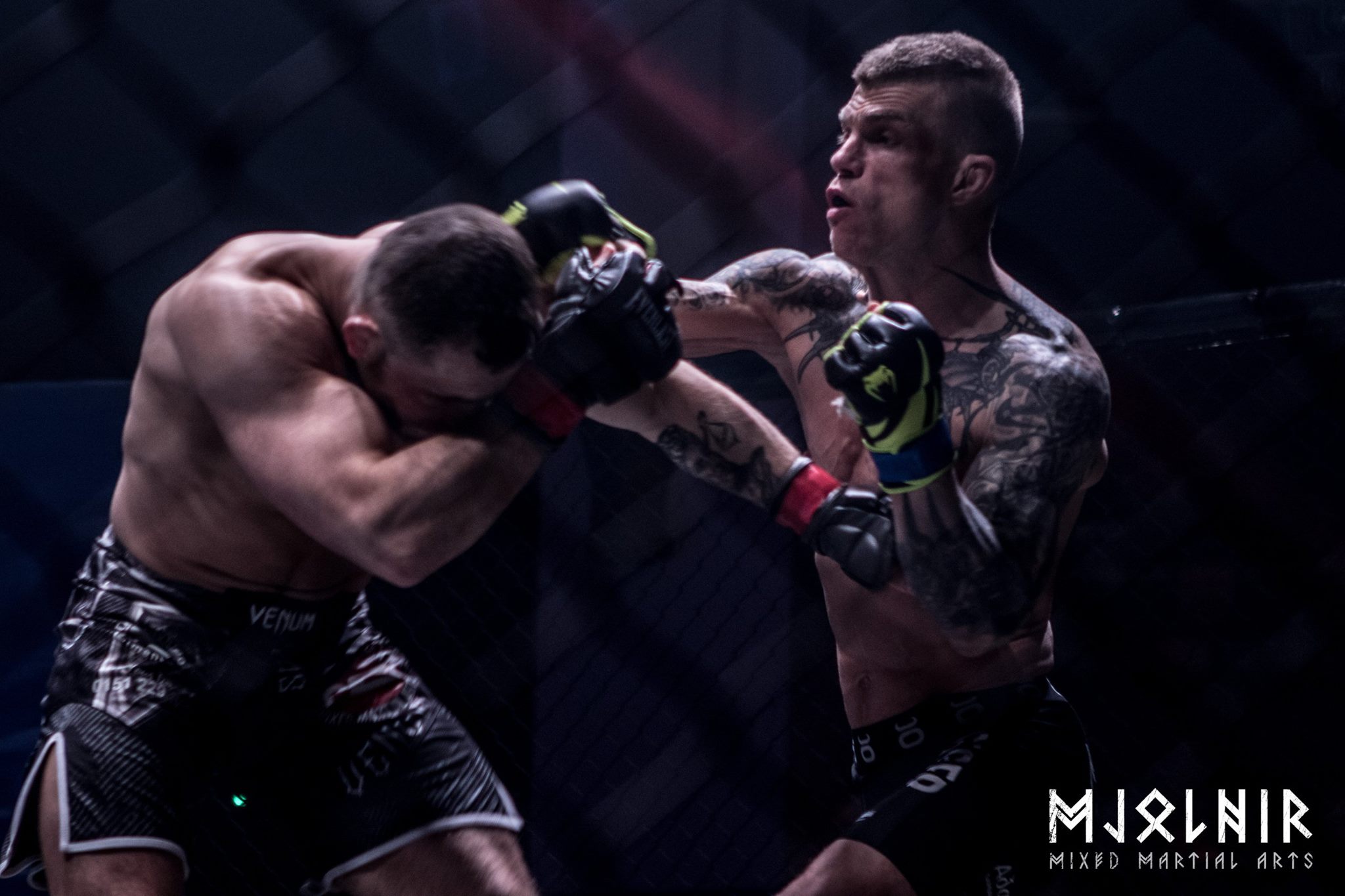 Mjölnir’s Birgir Tomasson (1-0) won his pro debut in spectacular fashion at Shinobi War 10 last night. The 35-year old told MMAViking.com prior to the bout “I will be aiming for the KO, hoping this fight will be very entertaining” and he did just that against Anthony O’Connor in Liverpool with a first round stoppage.

It was a big step up for Tomasson in facing a man in O’Connor that was a former Shinobi title holder at the amateur level and a pro win under his belt.

Ultimately it was a crushing right hand that was the beginning of the end for the Icelandic fighter that came into the bout with a 3 win and 2 loss amateur record.

That's all she wrote! @MjolnirMMA's 'Biggi' TKOs his biggest opponent to date in impressive fashion! Great first pro win for the Viking ?? pic.twitter.com/Tl9wSWulaV