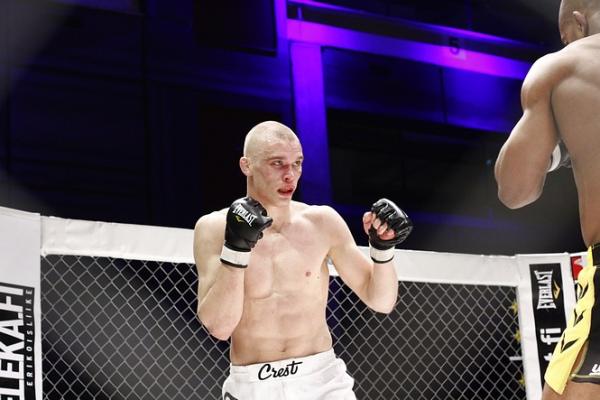 Kai Puolakka and Domingos Mestre will battle for the vacant Cage welterweight belt in a classic Finland vs Sweden match up that will surely produce entertainment for the fight fans.

Helsinki based Kai Puolakka is one of those fighters who don’t like to keep much noise about themselves outside of the cage. But inside the cage Puolakka is all fireworks. Puolakka, who mainly trains with UFC vet Anton Kuivanen, has improved by leaps and bounds in all areas during the last two years. Rangy Puolakka has managed to put solid muscle to his long frame while maintaining a great gas tank and light movement on the feet. Puolakka is now 7-1 in his last eight with the lone loss to talented Swede Nico Musoke. In his last fight the Finn outhustled tough Frenchman Mickael Lebout and took home a decision win from Cage 22 in May.

Portuguese Mestre, who fights out of Sweden, has been around the Nordic circuit for years, fighting in Finland already back in 2008. Mestre is an experienced fighter with rock solid skills in all areas of the game. After disappointing losses to top talents Andreas Ståhl and Aslambek Saidov, Mestre has improved his record by going 3-1 in his last four. Only loss came in Cage Warriors to Brazilian Mauro Chimento, who submitted Mestre by guillotine choke.

Summary: On paper these two are very similar: almost same age, same kind of record, same size.  Skillwise they are also closely matched with both being modern day allrounders. This fight will very likely be three rounds of good old fashioned grueling fighting with dirty boxing in the clinch, wild striking exchanges on the feet and grappling scrambles on the ground. If that happens, the winner will be the one who comes in better shape and armed with a stronger will to win.