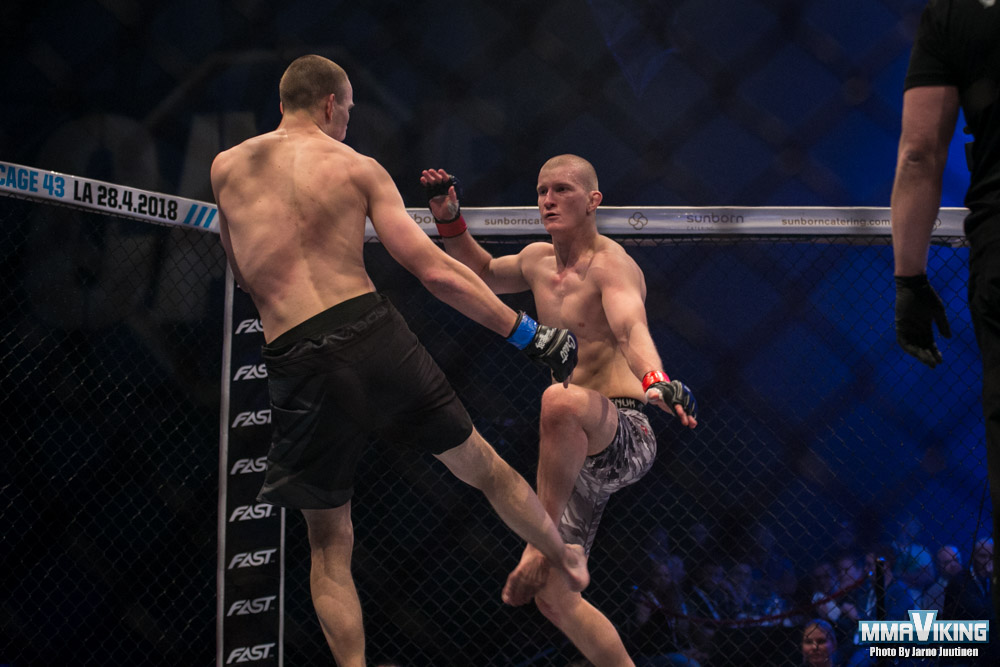 Mikko Ahmala (6-5) made his middleweight debut against Vojtech Garba (4-1) Saturday night at Cage 42, but it was his leg not the move up in weight class that was the downfall. “The injury occurred at the end of the first round, but I decided to go for the second round regardless.” says the “Maniac.”

“Fight went quite ok until my leg got injured. My opponent had a clear gameplan to attack my shin with kicks. I blocked some of those lowkicks badly and they ended up making damage. Regardless of the result i fought again in a relaxed and matured way. My strikes landed nicely and i also got some kicks mixed in. During grappling I went multiple times for a submissions to finish the fight, but my opponent was sharp and knew what to expect, so i did not manage to get those locked in. For me it was “an accident at work”, that’s pretty much it.

MMA Viking’s Jarno Juutinen was cageside to capture the Finn’s loss.  Check out the pics from the House of Culture here. 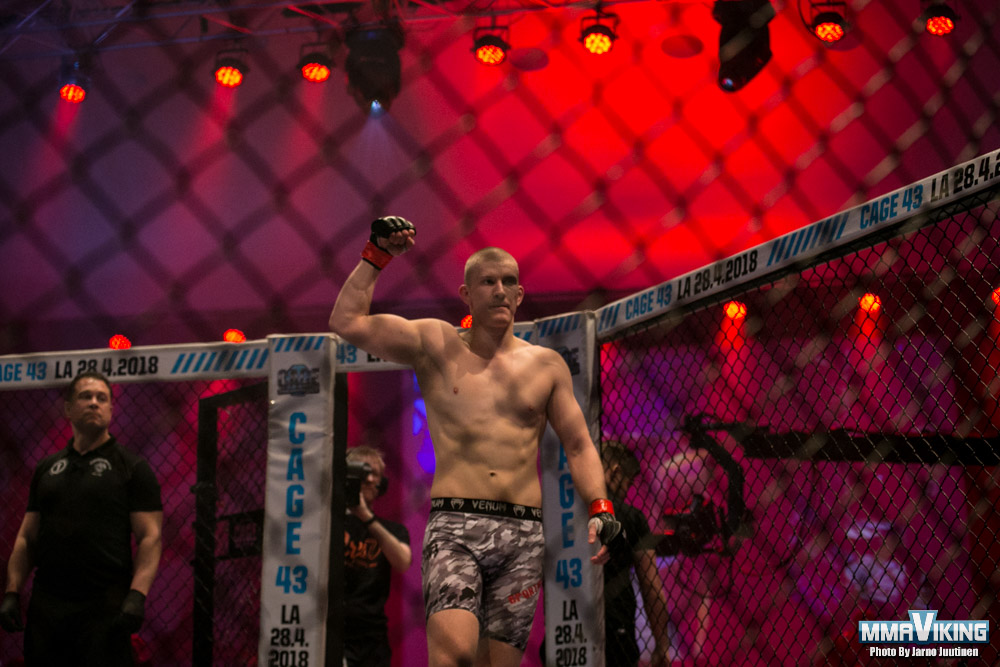 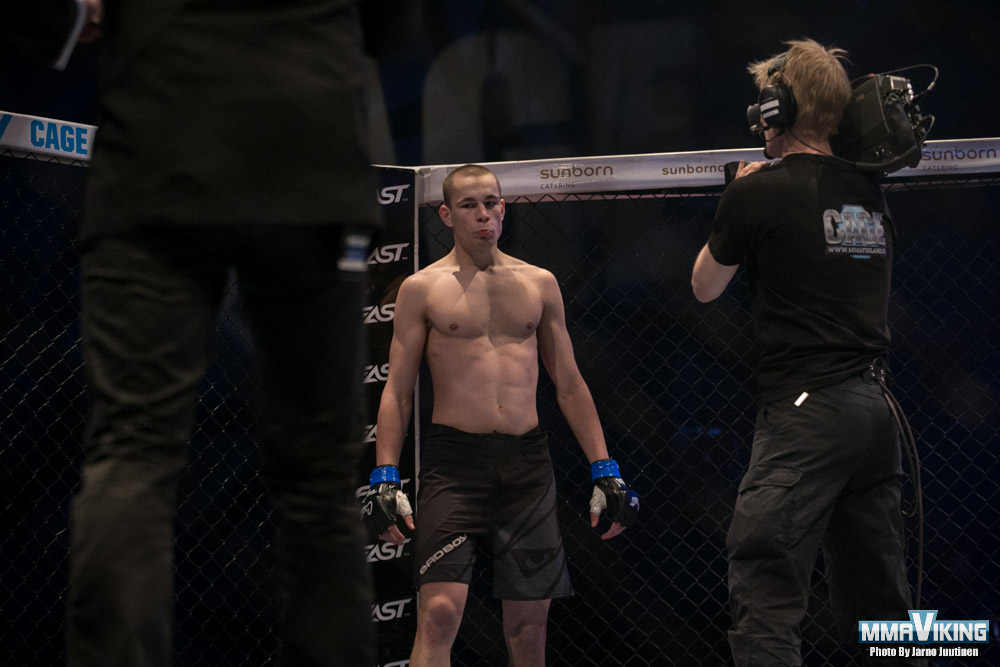 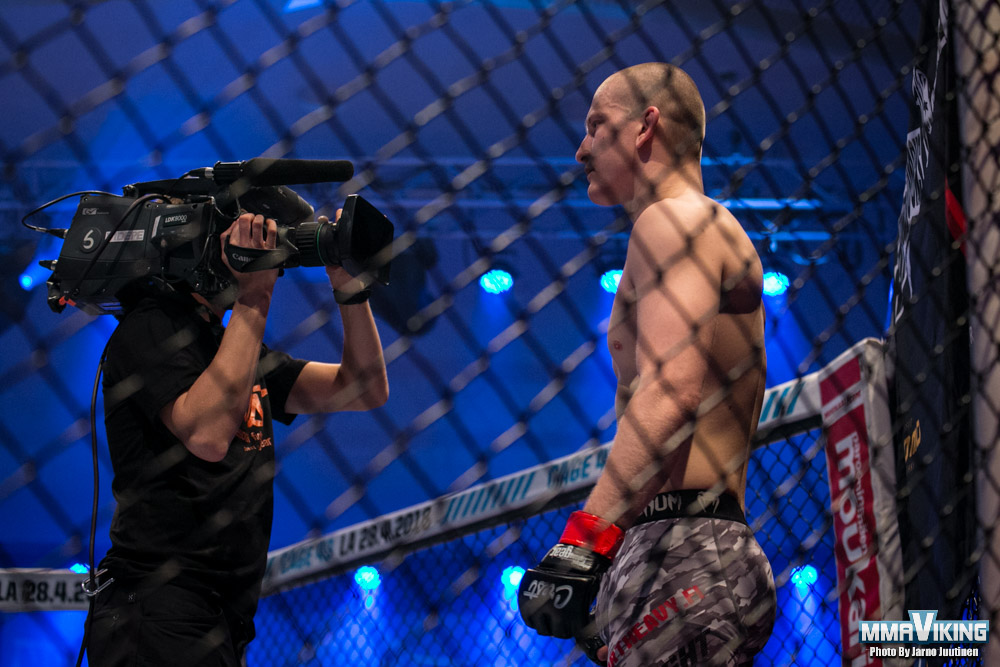 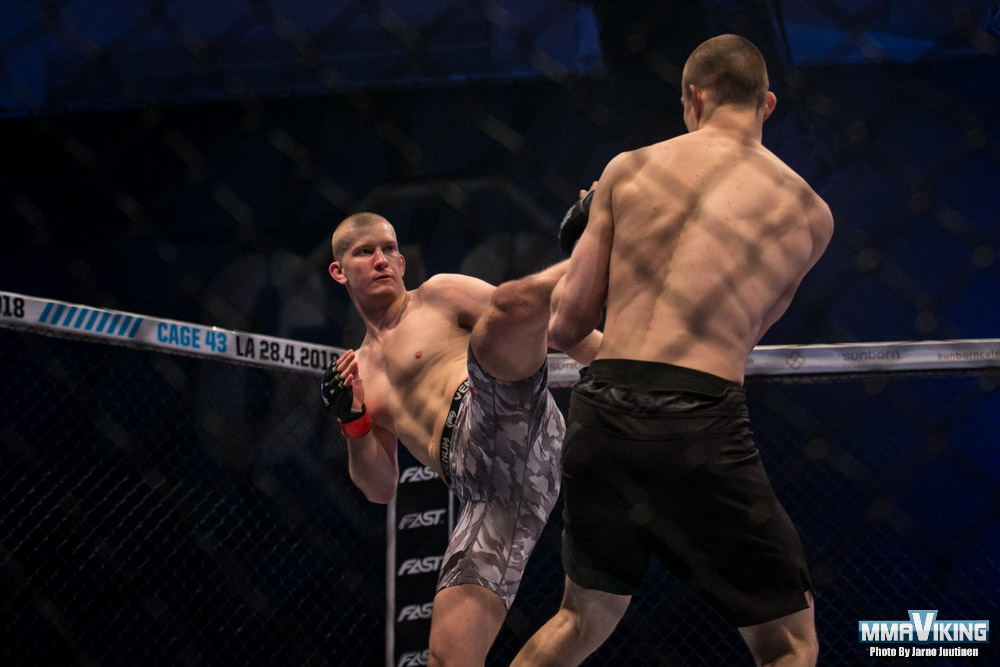 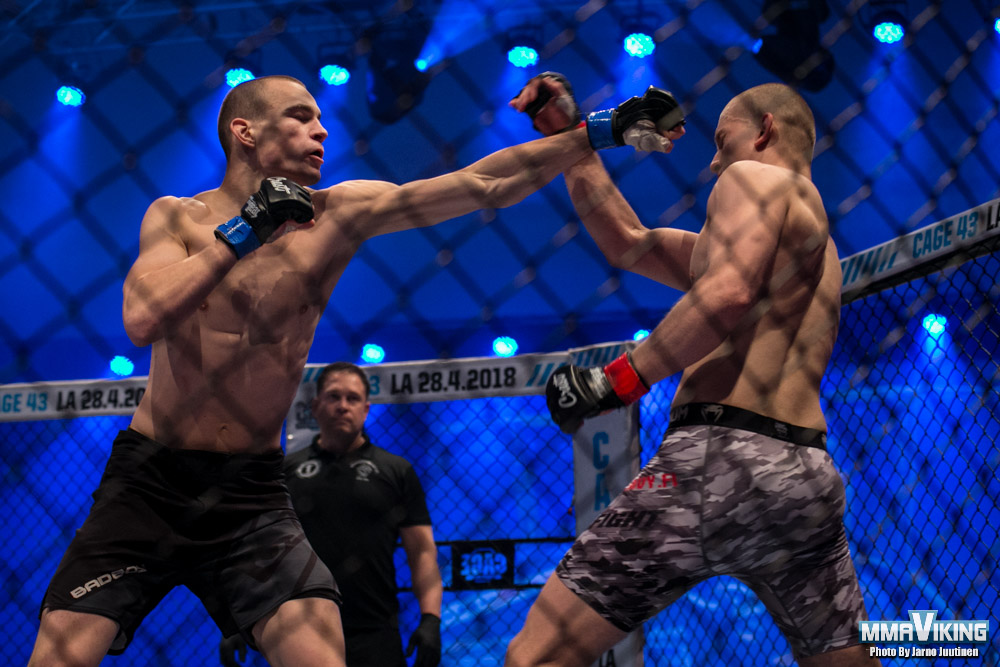 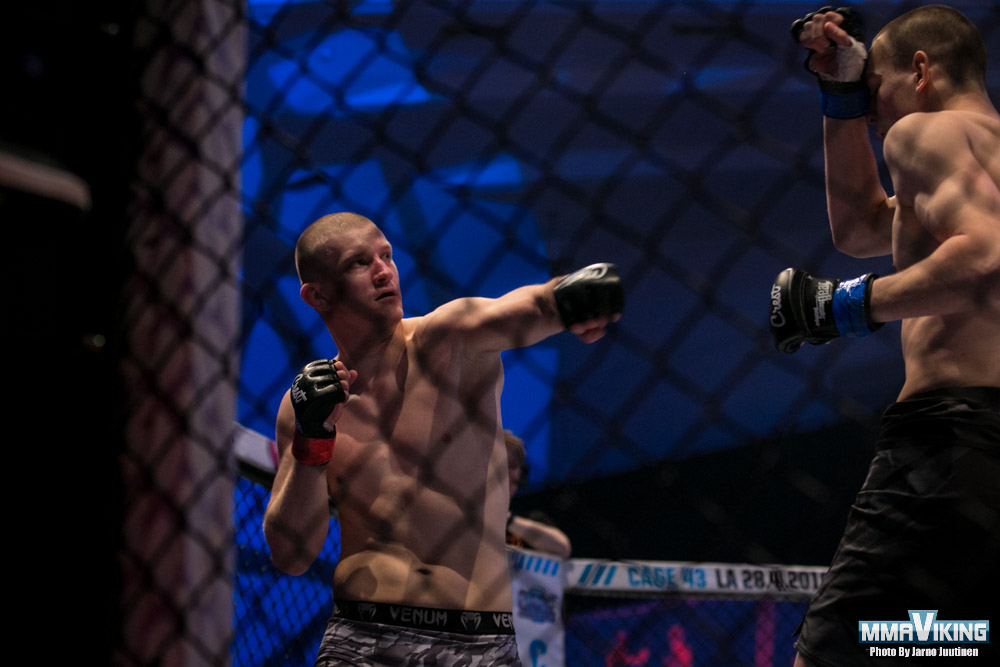 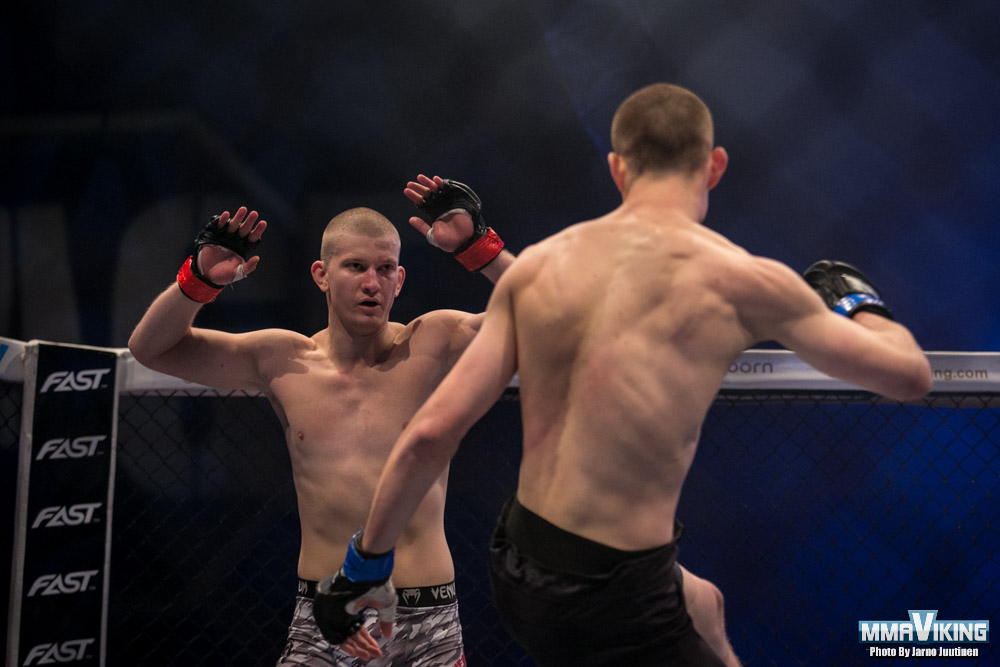 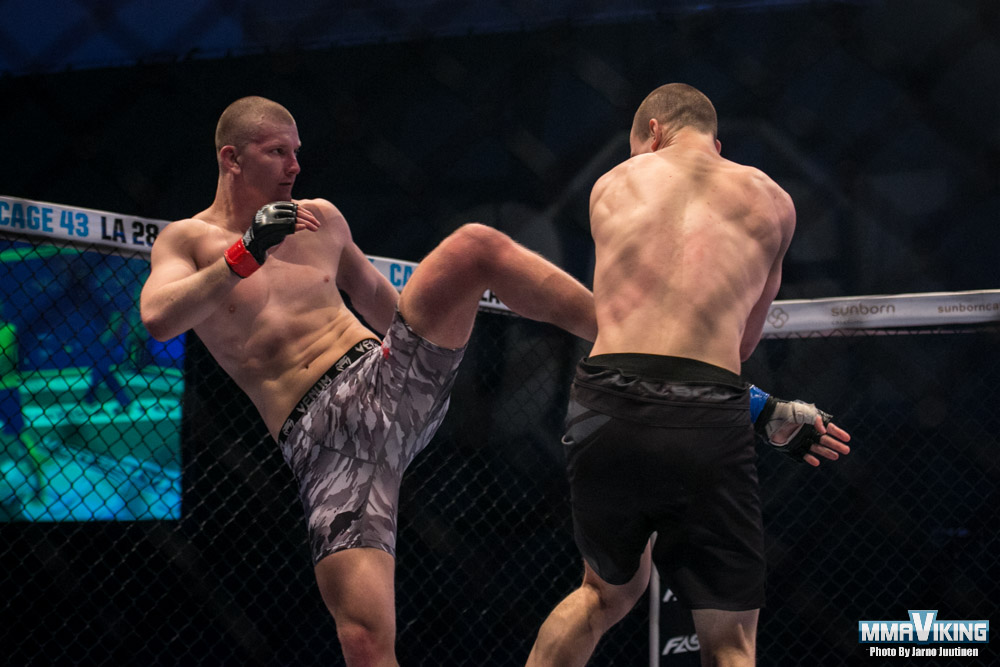 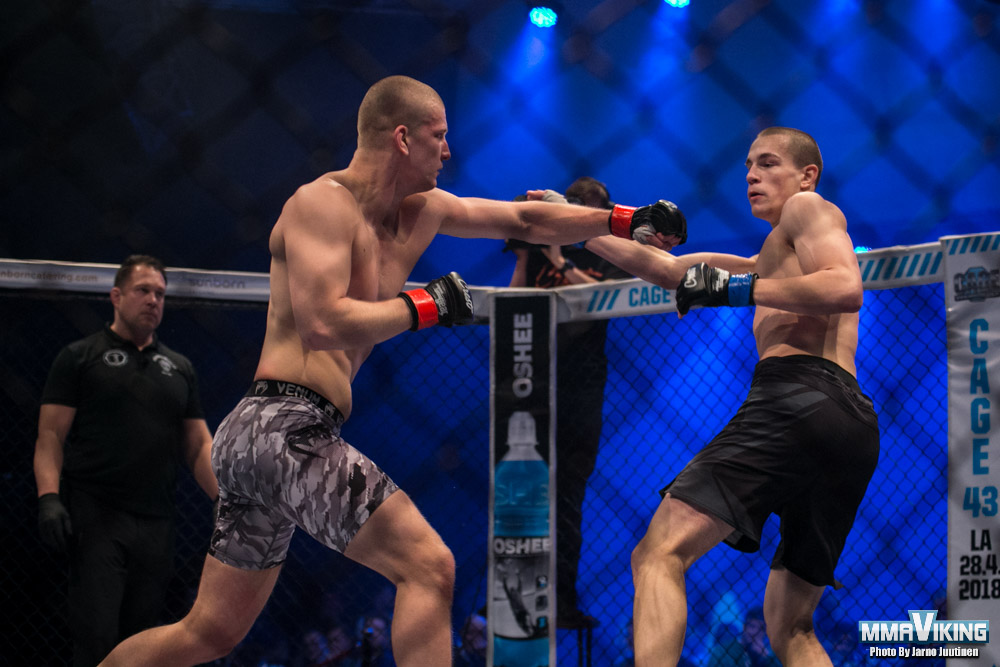 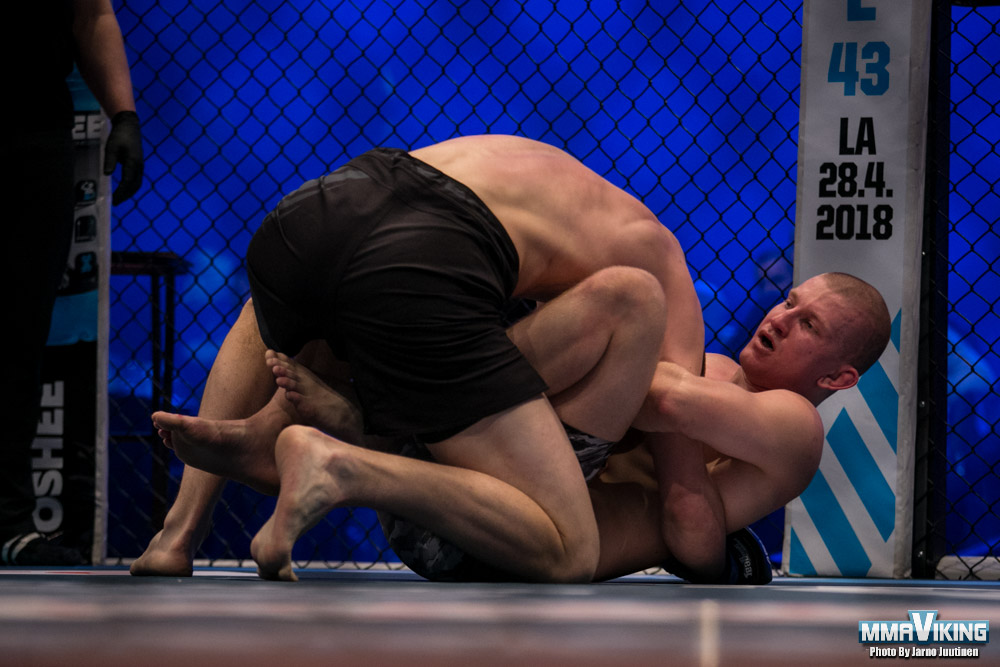 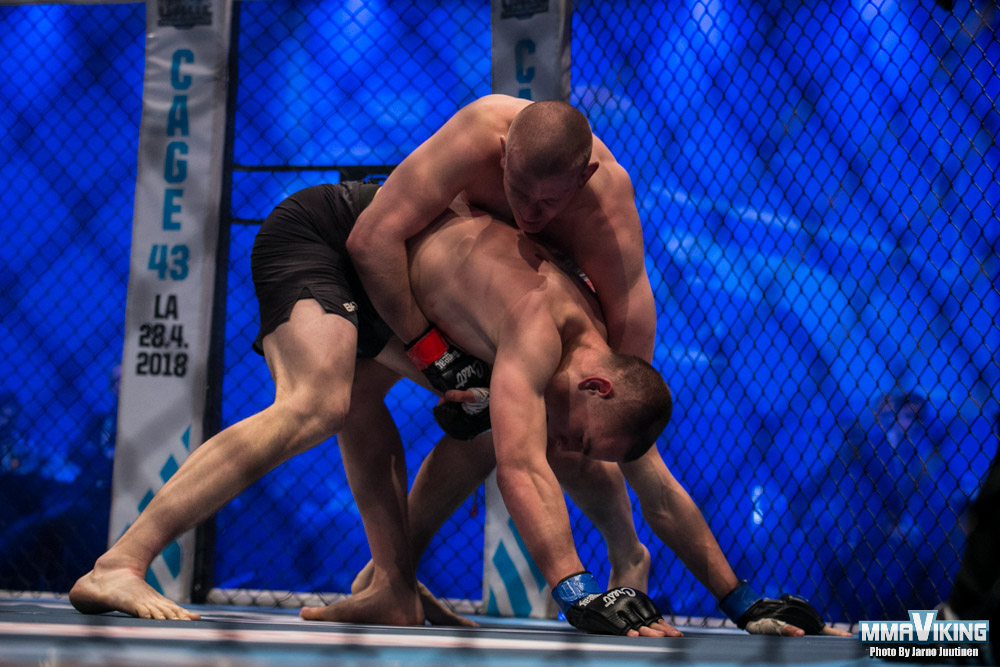 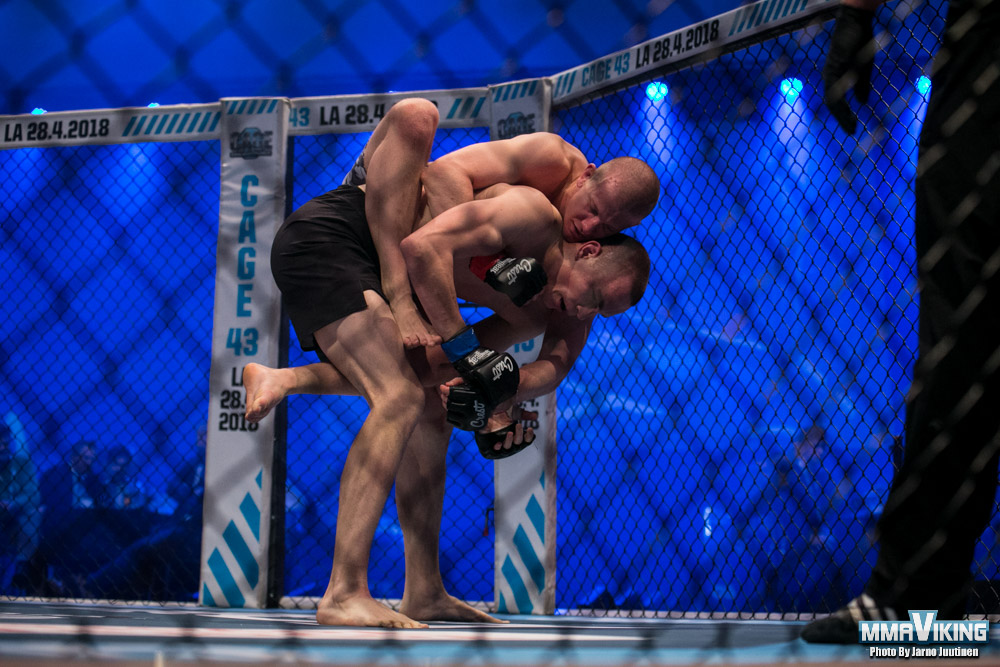 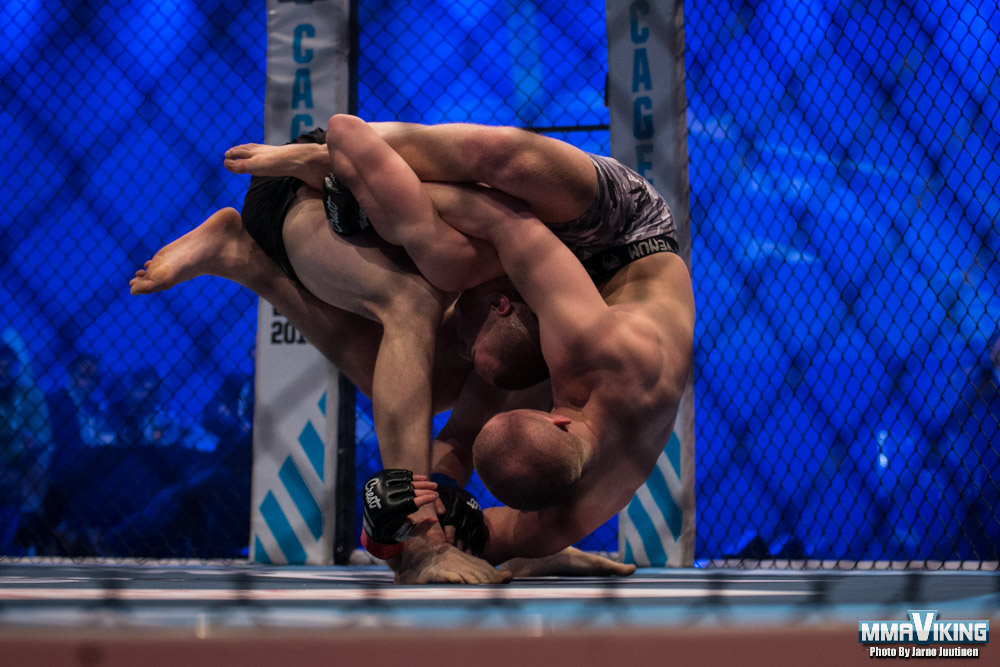 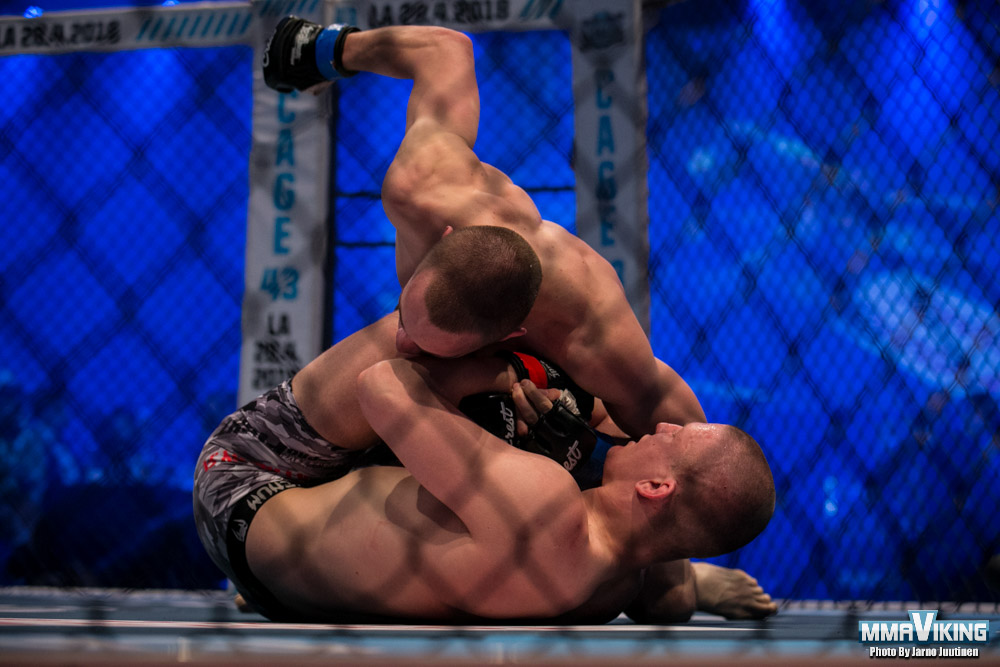 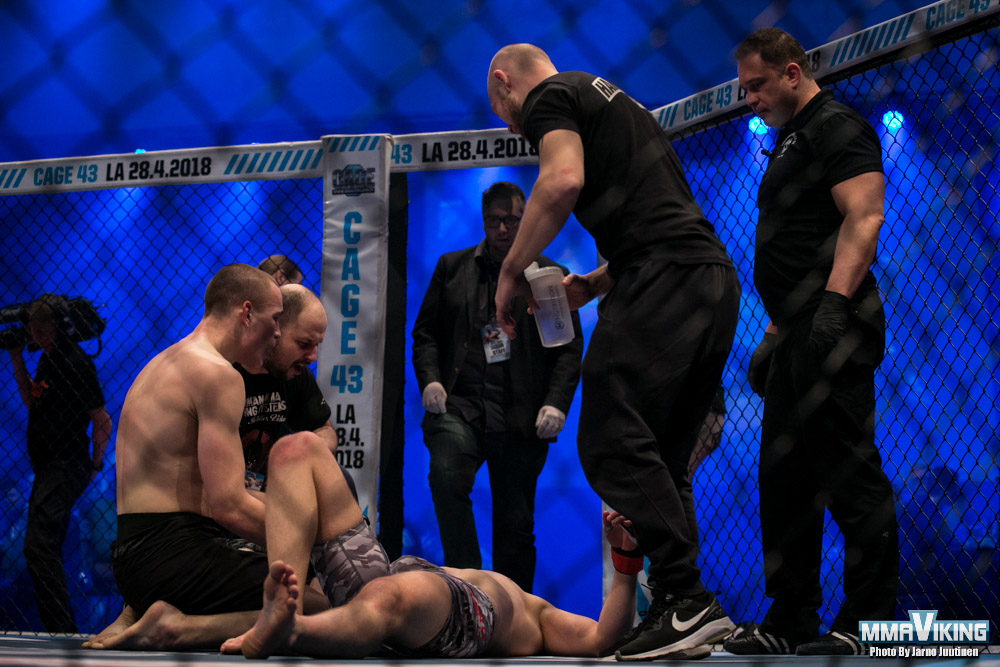 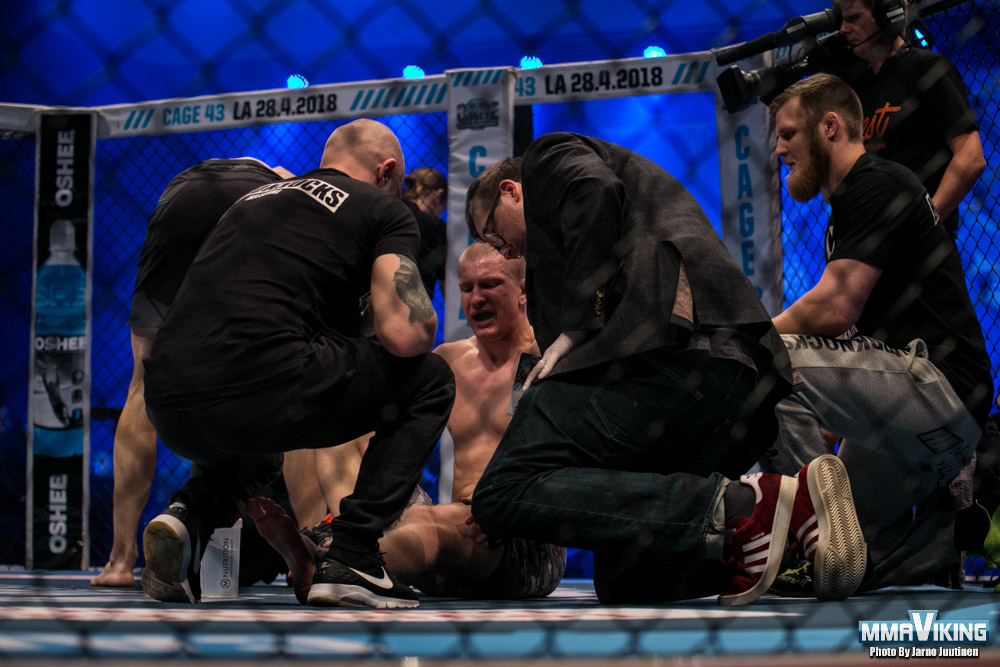 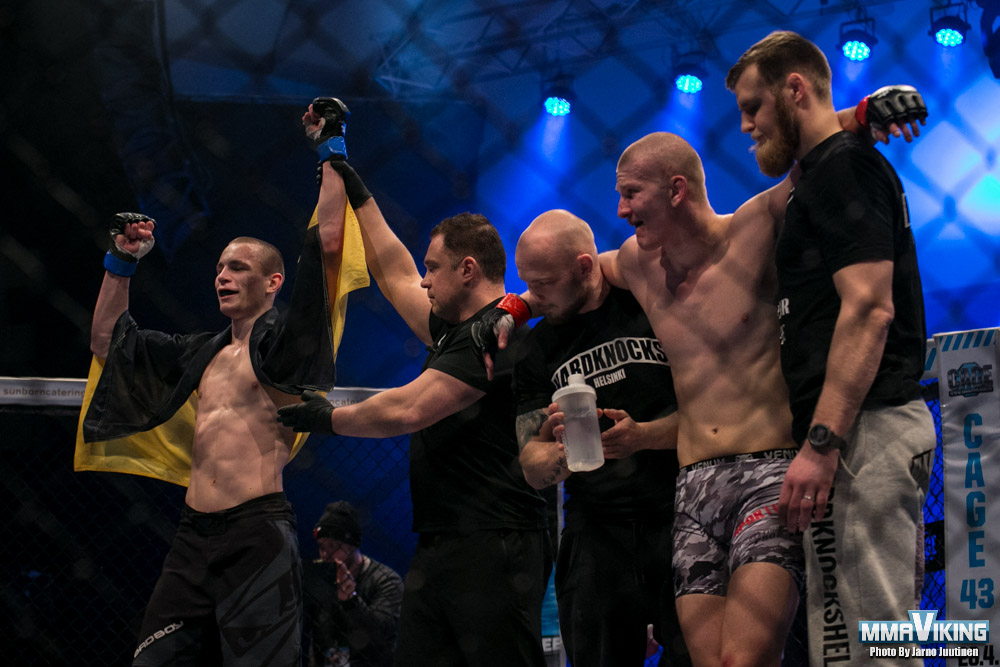