The “Brazilian Swede” will be the co-main event at Superior Challenge 8 slated for October 6 in Malmö. The card is already topped by Swede Ilir Latifi versus Jeff Monson. 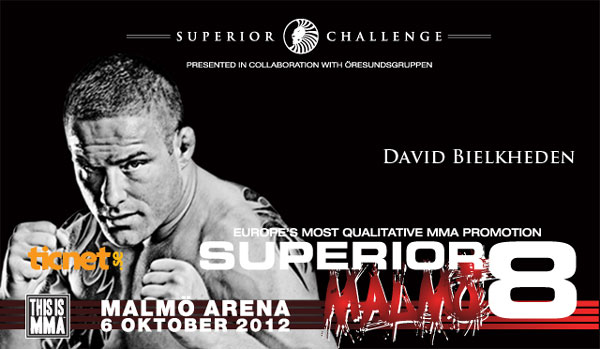 The Hilti fighter is back to take a match at home in Sweden. David is one of Sweden’s first pioneers of the sport. He started competing when the sport was really Vale Tudo, and soccer kicks, stomps, elbows, and all attacks were allowed. The first documented bout, he went to face Malmö’s Arben Latifi, big brother Ilir Latifi. Later, he managed to become the first Swede in Pride FC and later into the UFC. After a long career with matches in the world’s largest organizations and the major international names, he is still actively competing. BJJ black belt was his last game a month ago and this will be his second match in Superior Challenge at home.

Babak Aghavali, CEO Superior Group International:
– David is one of our top MMA fighters and he always offers entertaining matches. Soon we will publish the identity of his opponent will be at Superior Challenge 8 October 6 in Malmo.