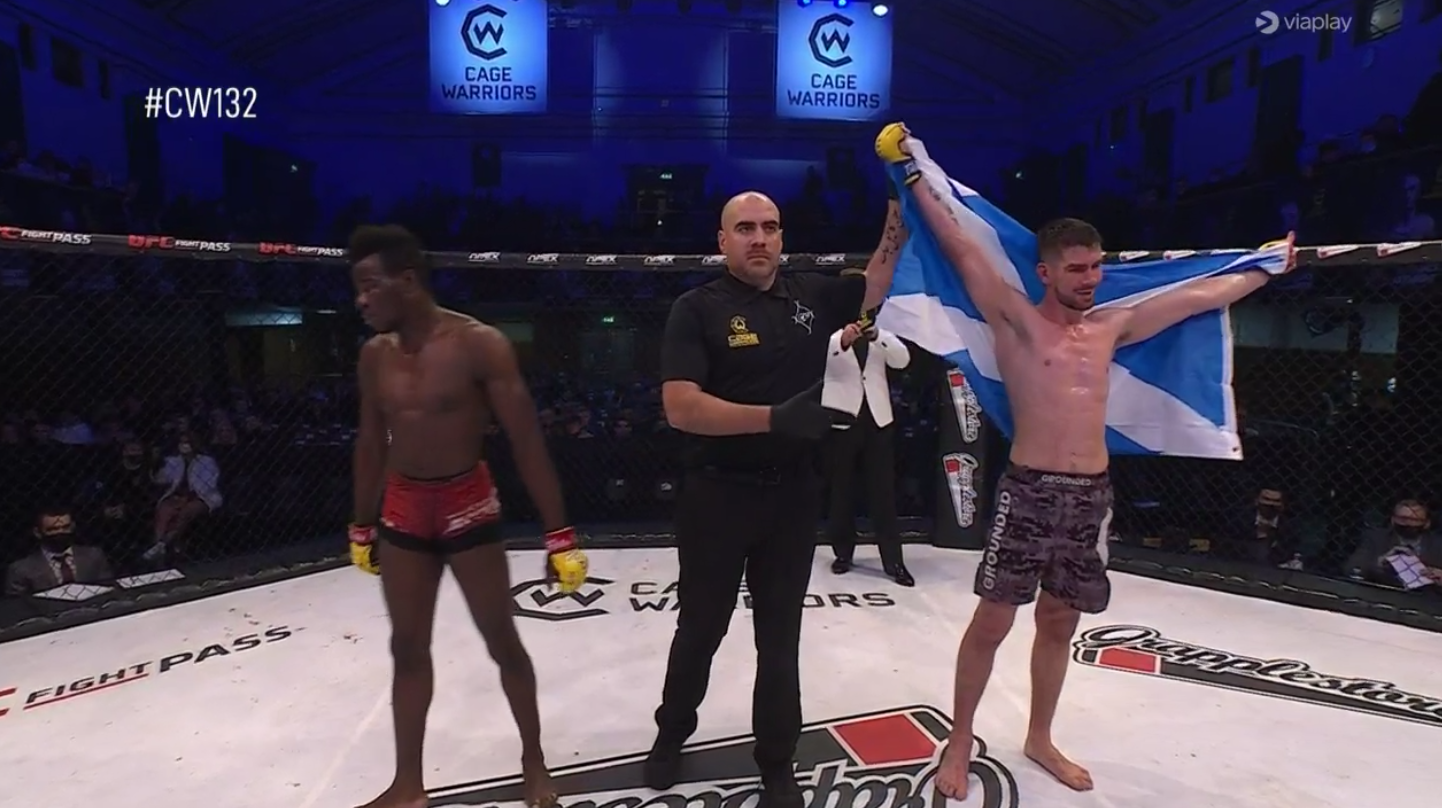 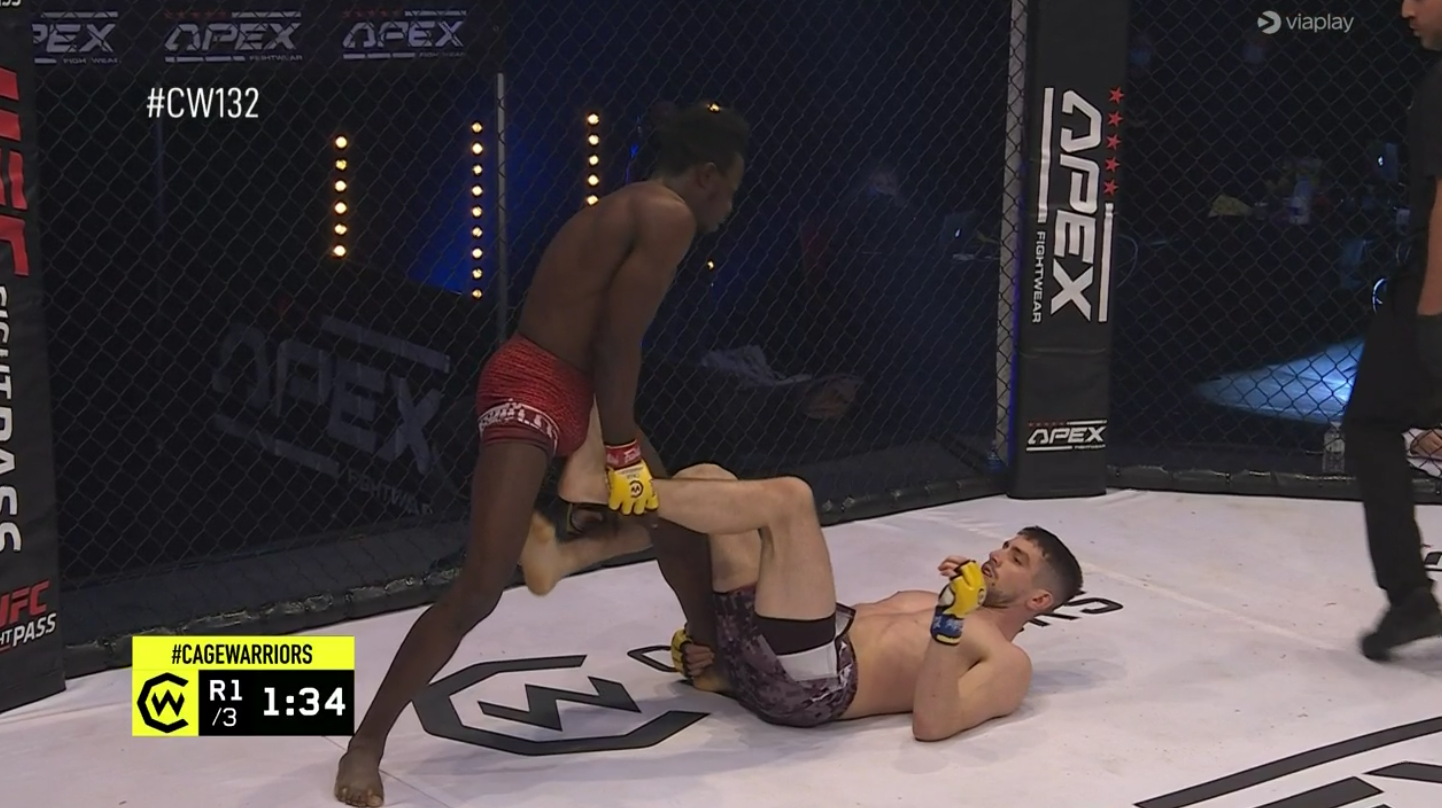 Walls with a southpaw stance and lands a good low and high kick to start.    Edward catches a kick, and then gets a take-down by kicking out the other leg.  Walls in control one minute into the bout.  A little ground and point from walls, but eventually Aidan goes for reversal that gets the fight to the feet against the cage.  Stephen with a body lock, but the Finn recovers with good underhooks and pushes the Scottish fighter to the cage where he finishes a double-leg take-down.  A nice kick to the face of walls from the back, and the fight goes back to the feet.  Aidan with a nice double-leg takedown, and he jumps on back!  Oh, a rear-naked choke is locked, but Edward defends and time is running out here in the first frame. 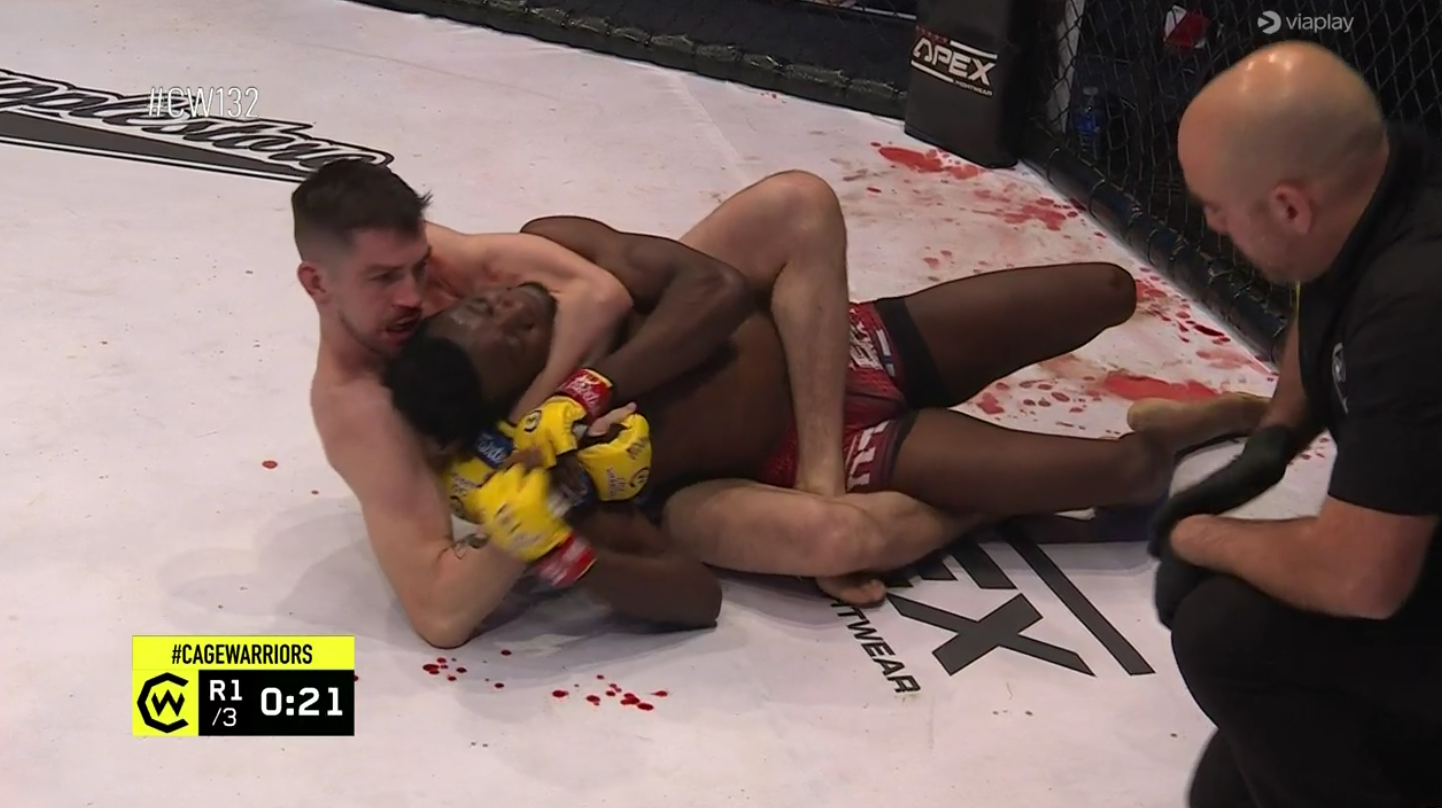 Walls lands a good left kick to start the second, and nearly misses a big headkick.  Walls back into the legs and gets a take-down.  The East Front fighter takes full mount, the slides off to the side looking for a choke, and takes back.  Two minutes in, and Edward in control so far.  Oh, Aidan with a scramble to get back on top and immediately into a rear-naked choke!  Oh, this is TIGHT!  BUT Edwards reversed the position as the Scott adjusts the choke.  Bad Teddy Bear is mad and lands some big shots on top!  What a round!  Some more ground and pound on top. 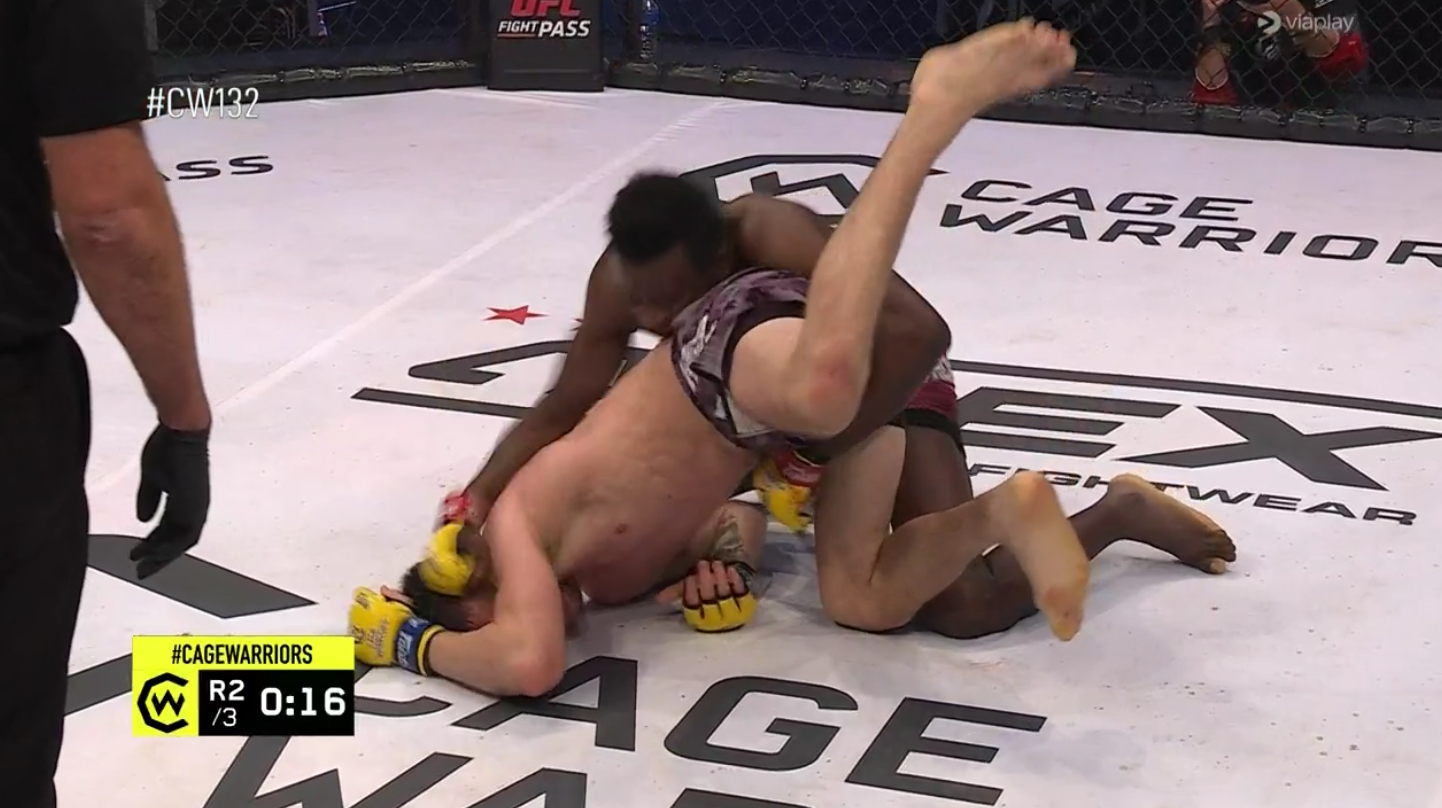 This third round should decide it, with Stephen winning the first and Walls the second.  Stephen in on a double leg, but in a scramble it is Walls on top!  Oh, no… Stephen reverses.  A tight body lock, but walls reacts and scrambles and tries to lock in on a guillotine, but it is loose and ends up getting his back taken again.  This has turned into a grappling match, and Aidan with the slight advantage.  But, Walls has moved to strkes as he is on top and lands some good shots before taking an upkick to the face.  Walls ends up on top as the final bell rings, but probably not enough to win the 3rd round.

Judges score it 29-28 on all cards for a unanimous decision to Stephen.  Walls has now lost both Cage Warriors bouts.