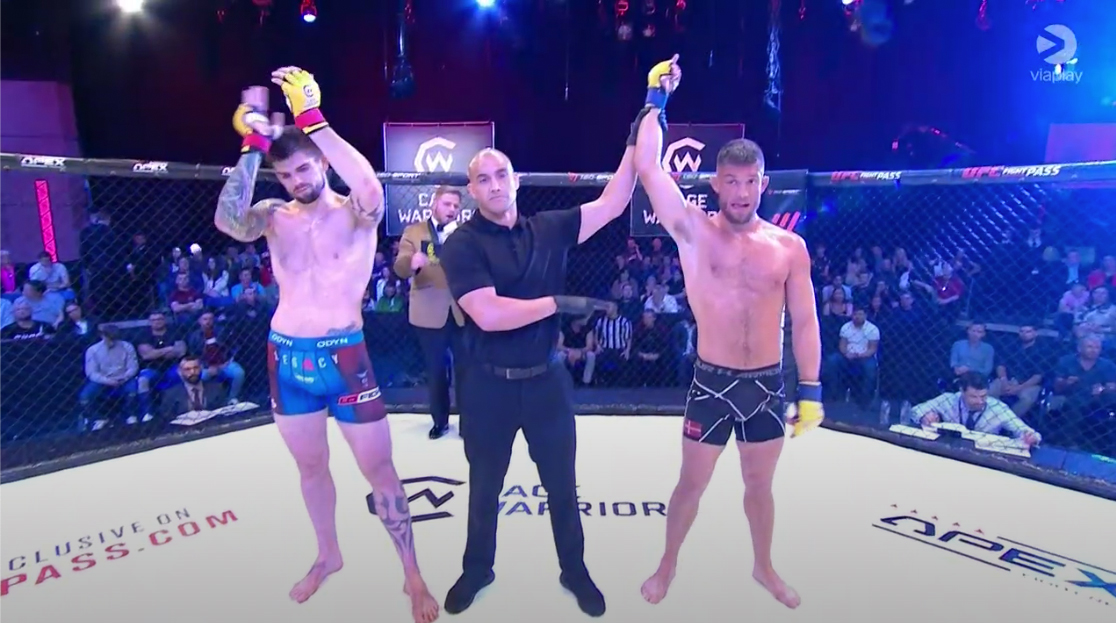 Louis Glismann (6-1) made easy work of UFC vet Craig White (14-11) at Cage Warriors Unplugged 2 in London England. The Arte Suave fighter took the fight to the ground early and worked till he was able to get full mount and transition to an armbar to get the verbal submission. “It was perfect” comments the grappler after the first-round victory.

It was the Cage Warriors debut for “Spartacus” that will mover forward toward a title shot with the impressive win over the “Thundercat” the welterweight division.

“My jiujitsu can beat anybody.”

The Dane is on a roll, winning his 6th straight fight, while the UK fighter has now dropped four in a row including his two fights in the UFC.