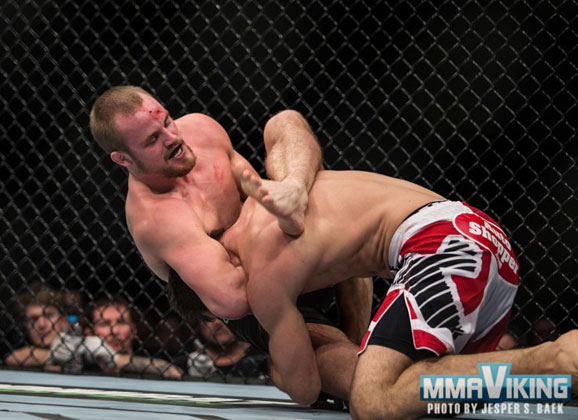 Gunnar Nelson will remain on the Dublin, Ireland card on July 19th, but his opponent will not be American Ryan LaFlare.  The UFC has announced via Twitter that Gunni will now face Zak Cummings.

Nelson sports an undefeated 12 win, 0 loss, and 1 draw record and is ranked as the #1 Nordic welterweight.  Nelson has been perfect in the Octagon so far, winning all three of his bouts.  Most recently the Mjölnir fighter submitted Omari Akhmedov at the UFC in London after a 13 month layoff due to an injured knee.

Cummings represents Springfield Fight Club and will come into the bout with a 17 win and 3 loss record. He has won his last 7 of 8 bouts, and is undefeated in the Octagon at two wins and no losses. The 29 year old most recently won earlier in the month on the UFC Fight Night Brown versus Silva card, where he beat Yan Cabral by decision. In his UFC debut, he submitted Ben Alloway by brabo choke in the first round.

Stay tuned to MMAViking.com for more updates and official announcements on the card.