As Alexander Gustafsson prepares for his upcoming bout against veteran grappler Vladimir Matyushenko he trains with Sweden’s standout wrestler Ilir Latifi. Gustafsson is splitting time between Stockholm and San Diego as he prepares for the main card event at UFC 141 on December 30 in Las Vegas.  The Mauler says “I’ll fly over to San Diego in the end of this month 🙂 me and coach Andreas.” about his plans for the end of November. 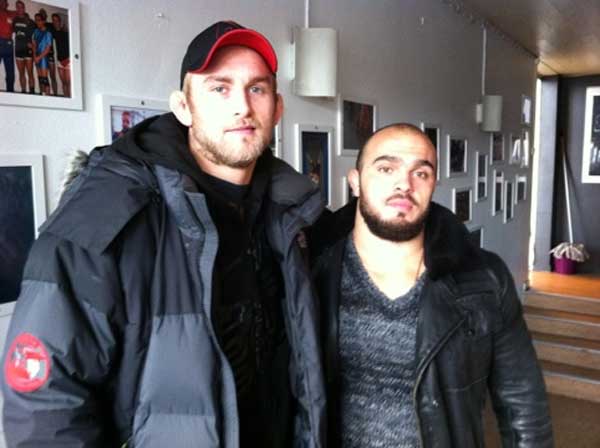 Latifi has not fought since his loss at Shark Fights in July.  View an interview with Ilir Latifi prior to the bout.