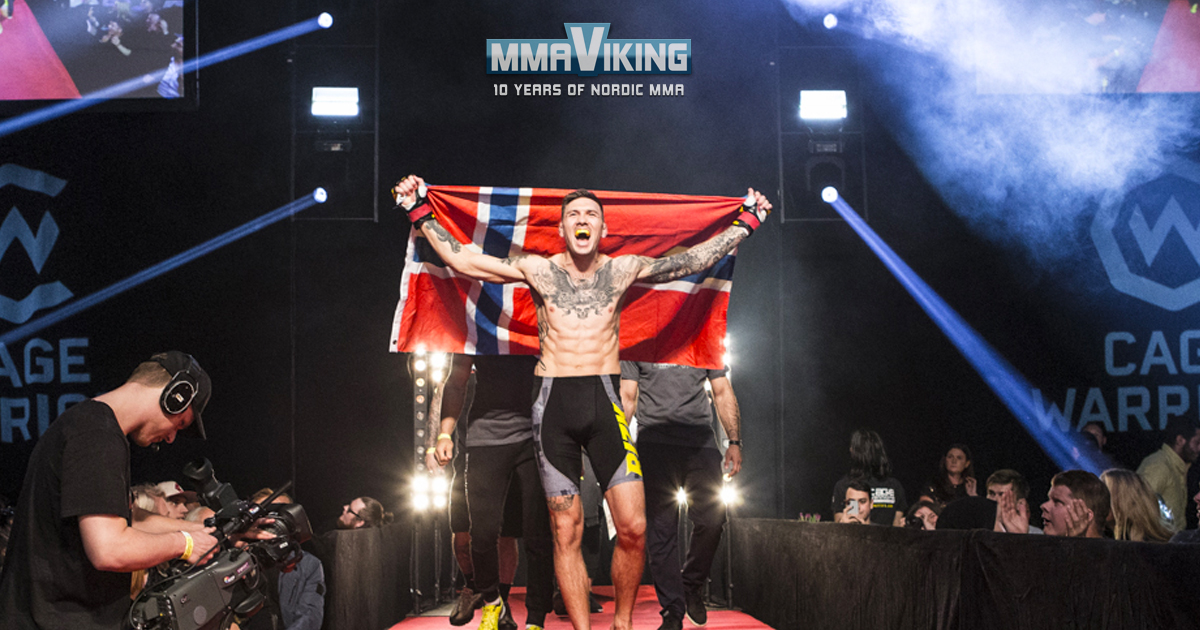 Hakon Foss (9-6) makes his move up from welterweight to middleweight for Cage Warriors 106 on Saturday night. “Camp has been good, I have been going a lot with the big guys at Frontline Academy, Jack Hermansson, Kenneth Bergh, and Marthin Hamlet, so I feel strong.” says Foss to MMAViking.com.

The Frontline Academy fighter will face the UK’s Jason Radcliffe (14-7) in London. “Jason is a very explosive and dangerous striker, he’s got some ground game aswell but he prefers stand-up fighting.”

“We will see where I take the fight, but I love to strike so maybe it will be a Muay Thai war”

“Jack has always been an inspiration for me in this sport. To see his hard work and dedication for the sport and the team. That he would have success was just a matter of time.” says Foss of his middleweight teammate that could fight at welterweight.

Foss has not been in the cage since a controversial stoppage back at Cage Warriors 100 in February. The Norwegian based fighter has lost his last 3 out of 4 bouts, so will be looking for new life in the middleweight division.

“Thanks to m sponsors Rizk, Njie, fighter sport, juicery, pokébowl and all the guys and coaches @ Frontline academy and to the people who support me every time i fight. Special Thanks to my fiance Jeanine and my new born son Odin, Lets do this ous!!”