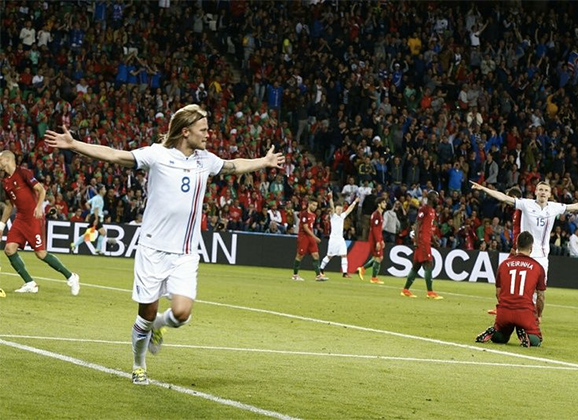 With a population just 330,000, Iceland was put on the MMA map through Gunnar Nelson’s accomplishments.  The UFC star out of Reykjavik’s Mjölnir is currently ranked #11 in the welterweight division and moving toward the top, but now there is another sport’s story out of the country making waves. 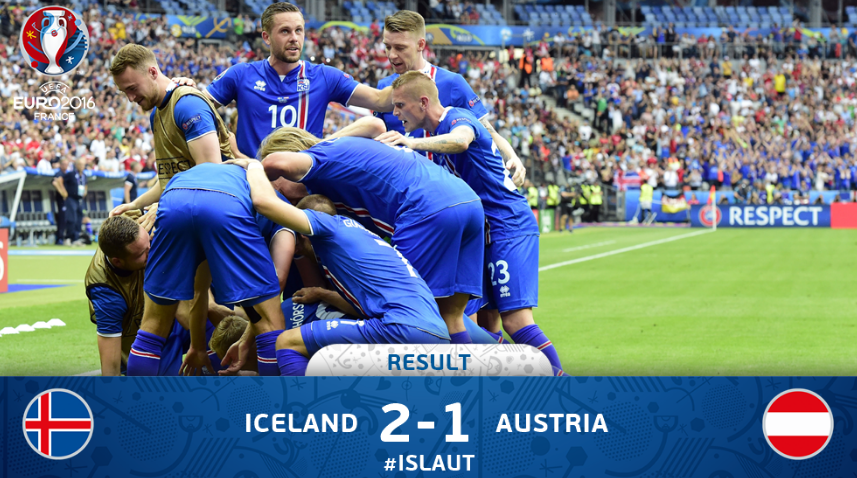 Nelson has been cheering for the Iceland soccer team on all social media platforms since their entrance into their first ever major championships the Euro 2016 in France.

This game got me fired up. Well done boys. Just getting started!
#EURO2016 #EM2016 #Isl pic.twitter.com/8GCRncnIyK

Yesterday, the Icelandic national team in soccer managed to beat Austria with 2-1 with a goal in the final minute, earning them their advancement. Over 10,000 Icelandic fans were going crazy at the game in one of the most memorable endings.  Gunnar Nelson was fast to express his support before the important game.

“Massive shout-out of support to the national teams of Iceland and Ireland both playing today at ‪#‎EURO2016‬ with a change to advance to knockout phase!”

Also showing his support and joy after this great accomplishment with the team moving on to the knockout phase of the cup facing England next.

With a Swedish coach Lars Lagerback, MMAViking.com hopes this Nordic team keeps on getting Nelson fired up as they face England on Monday!