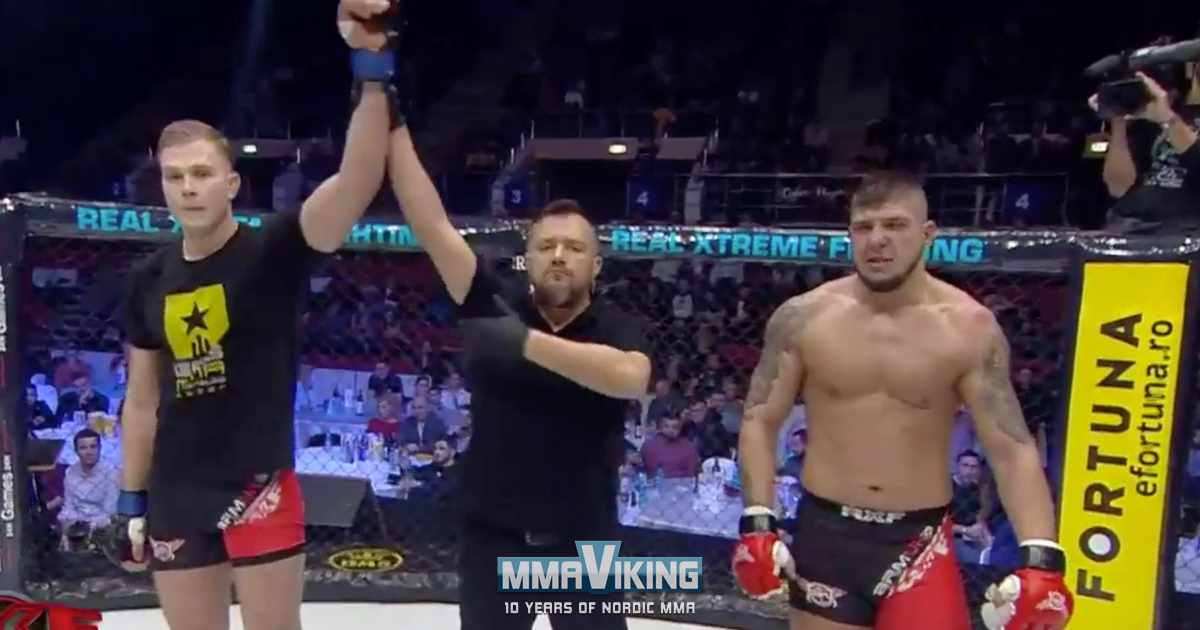 GBG MMA’s Anton Turkalj (1-0) made his pro debut against Marius Pislariu (0-2) at RXF 33 in Bucharest tonight.  The Swedish National team fighter took little time to take down the muscular Pislariu to his back and unleash vicious ground and pound from full mount leading to a TKO stoppage in just 32 seconds of the first first round.

The light heavyweight fighter has had a long and successful amateur career, including wins at MMA Galla and Trophy MMA.

The 22-year-old Swede stopped Pislariu who is out of REI fight gym and has competed at heavyweight.  He now drops to two losses in two pro MMA bouts.