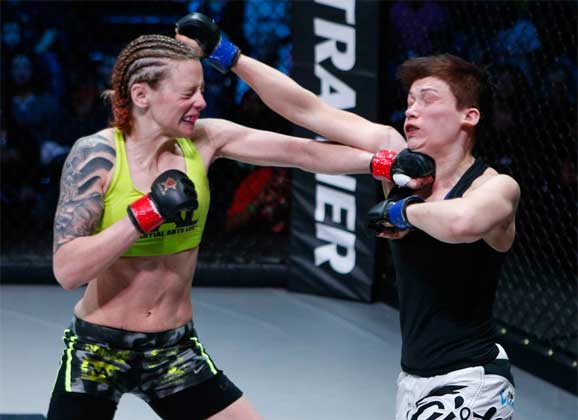 Nordic’s #1 ranked female fighter Katja Kankaanpää faces Joanne Calderwood tonight at Invicta 7 in the USA. The Finn Kankaanpää is a co-feature strawweight bout, which will force one of these two undefeated fighters a mark in the losing column. See the play-by-play of the event below. 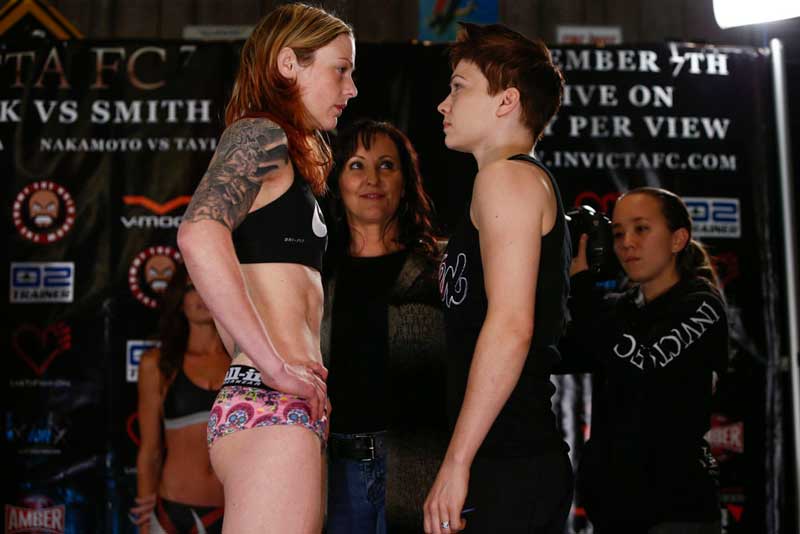 Invicta FC is promoting the match as :

The two made it official yesterday as Joanne Calderwood was 115 ½ Pounds and Katja Kankaanpaa hit the mark at 114 ¾ Pounds.

Round 1
Big John McCarthy is the referee for the bout between this top-ranked strawweights. No action early as the two keep their distance for the first 30 seconds. Calderwood stands straight up, as the shorter Finn navigates her way near the striker. The right hand is cocked, and left hand is down as the Scottish fighter is looking for a counter strike, but Kankaanpää grabs a leg and tries to finish the take-down. Calderwood defends is able to reverse the position and take the bout to the ground with over a minute left on the round. Killer Bunny looking for a leg-lock, but she is taking punches to the face as Calderwood makes the most of her time on top.

Round 2
Katja is lunging to try and land punches but Calderwood is keeping her distance, and her longer arms are giving her the advantage on the feet. In on a leg again for a takedown, but the Finn can’t finish as Calderwood shows solid take-down defense. The bout goes back to the feet half way through the round, and the DNFT fighter is quicker on the feet and lands some nice straight punches. Katja finally takes Calderwood down, and takes Calderwoods back after a struggle. One minute left, and the Finn looks for a head and arm triangle and it is tight, but not enough time in the round. Kankaanpaa just goes for an elbow for a strong finish for the Finn.

Round 3
Kankaanpaa throws a lazy kick to start the round, and Calderwood catches it and takes the bout to the ground within 10 seconds. But, both go to their feet shortly after. Nice left kick from Calderwood to the face, and Katja looks to tie-up her opponent again. The two battle for position with 3 minutes left int he bout. Calderwood lands good punches, and another left kick to the face. The Finn is not giving up on the round and with a couple minutes left shoots for a takedown and has Calderwood’s back standing, but she can’t finish on the cage. The two exchange knees in the tie-up and there is one minute left in the round. Good one two from Katja, and it’s Calderwood that looks to tie-up the Finn. Calderwood finishes a take-down at the same time Kankaanpaa is going for a kimura to end the round.

OFFICIAL DECISION : Calderwood 29-28 on all three scorecards, as she hands Kankaanpaa her first loss.