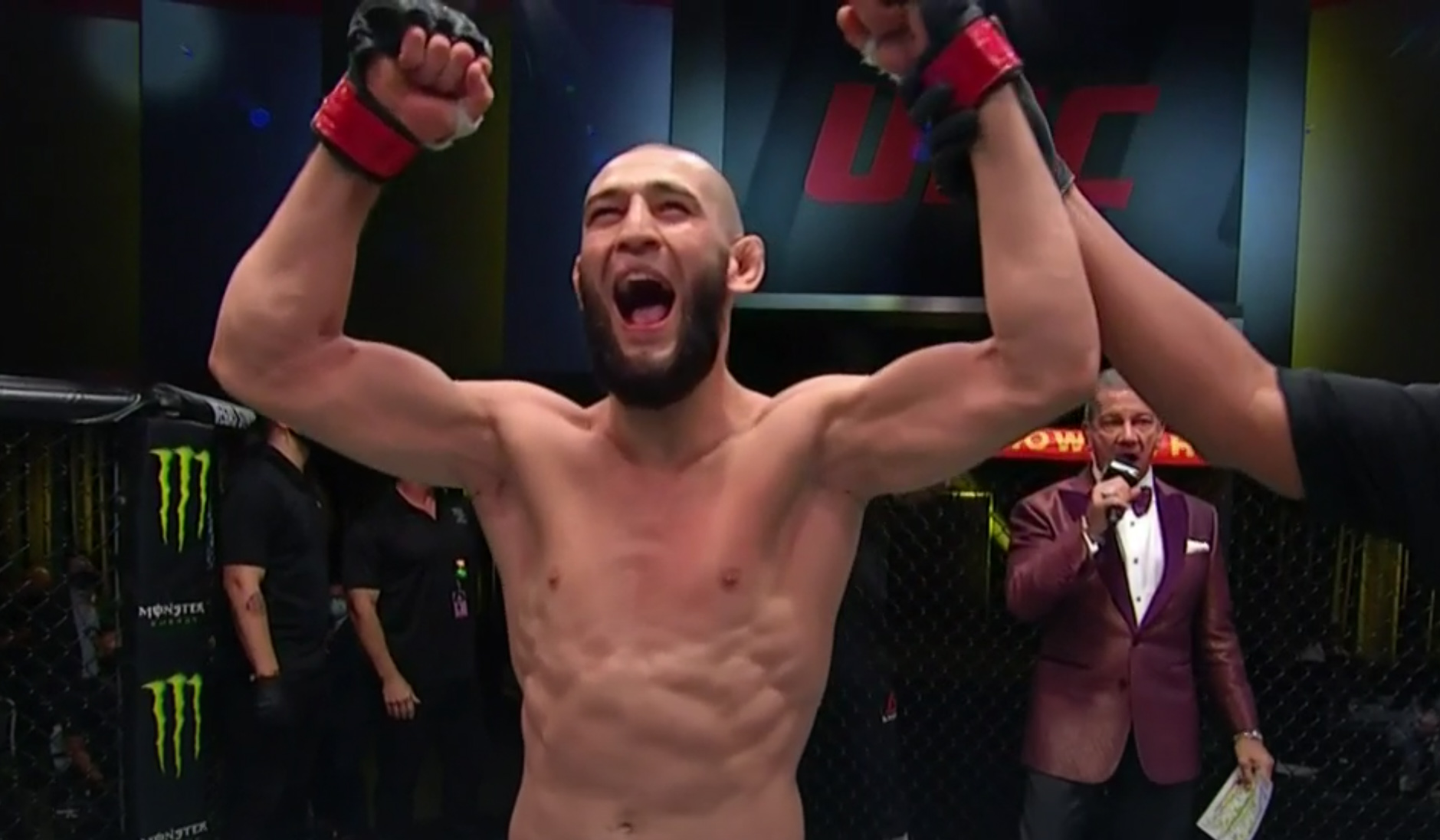 Khamzat Chimaev (9-0) shocked Gerald Meerschaert (31-14) at UFC Fight Night Covington vs Woodley with a 1 punch KO. The fight was over in the first exchange.

It has taken just 66 days to get his 3rd win, following up his dominance in UFC Fight Island.

The Allstars Center fighter stalked the fighter out of Wisconsin, and as the American’s back neared the cage Chimaev landed a big right hand that dropped Gerald to the mat. A few punches followed as the referee jumped into stop the fight in just 17 seconds.

The event took place at the UFC Apex. Chimaev, who trains at Allstars Training Center moved up to middleweight again, and now ready to get back in the cage again to smash someone else.