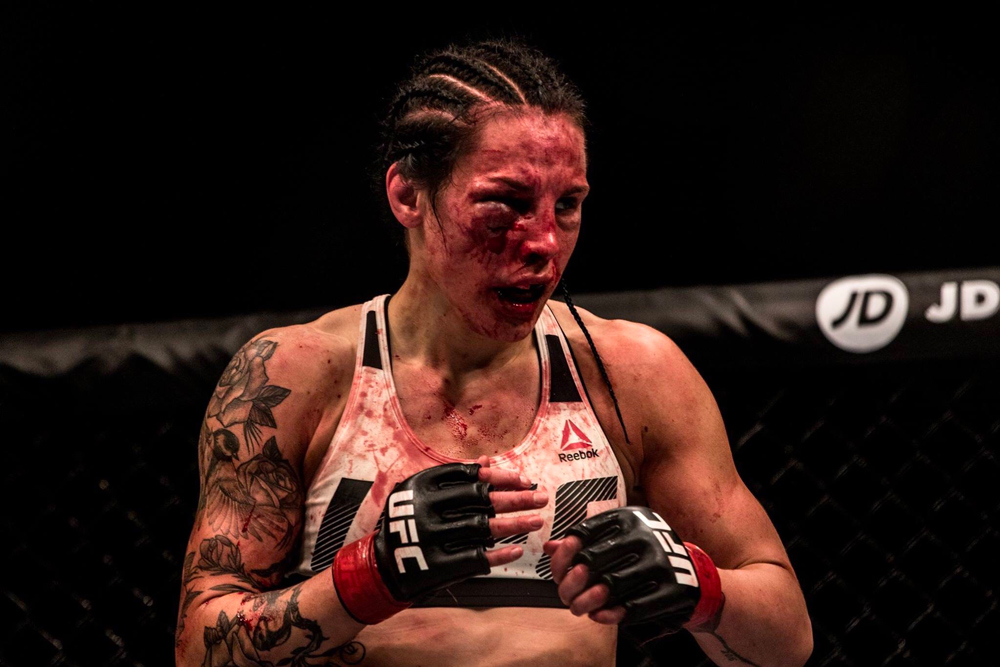 Sweden’s own Lina Länsberg (7-2) faced Lucie Pudilova (6-2) at UFC London, in the long awaited rematch of their 2015 bout. After a hard-fought 3 round battle, Länsberg earned a unanimous decision, but wore the damage of the incredibly dangerous Pudilova’s strikes and elbows on her face.

Lansberg opens the round with a caught kick, which she uses to push her opponent to the cage, and land 2 thudding kicks. One to the body, another to the head. Once more Länsberg pushes the Czech fighter against the fence, using the Thai clinch. She’s reversed by Pudilova, who breaks. Pudilova land a left hand and a right hook, and then clinches. Both land from the clinch before they break, and Länsberg finds the center once more. A strong right hand lands for Pudlova, but Länsberg counters with a right of her own, and throws two thudding leg kicks before clinching against the cage once more. Pudilova reverses, and begins to tee off on Länsberg, who seeks and obtains a takedown. Pudilova is active from the bottom, but Länsberg stacks her, and fires back. Pudliova lifts the Swede with two feet on her belly, but the round ends with Länsberg on top. 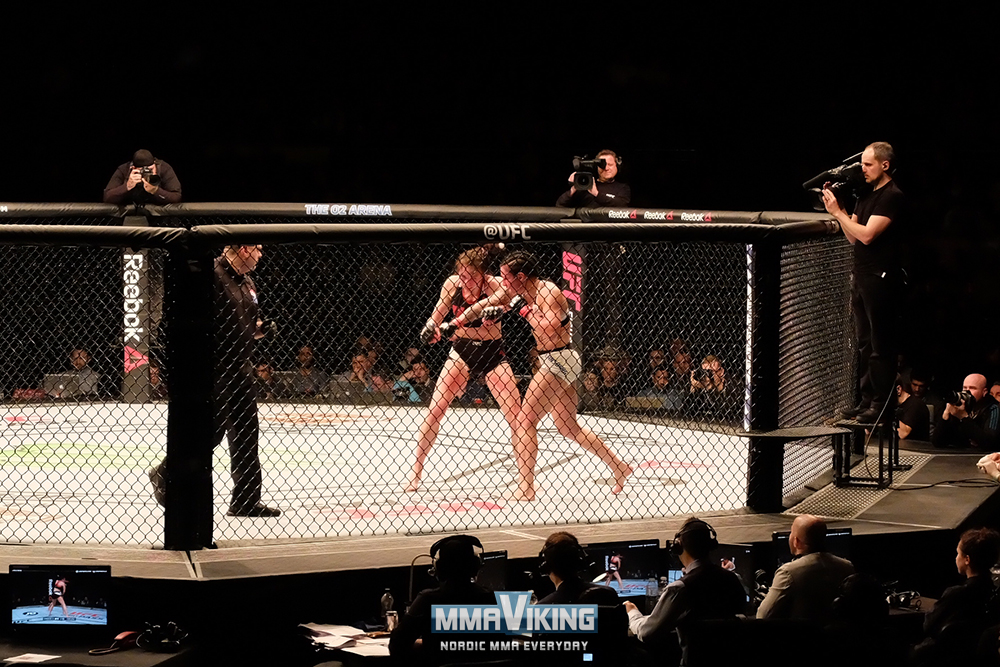 Länsberg takes the center once more, and steps in with a right elbow.The jab of Pudilova is showing on Länsberg’s face. Länsberg attempts to force Pudilova to the cage, but the Czech fighter reverses and tees off with a few punch combo. Länsberg searches for a takedown, but while she hunts the takedown, Pudilova brutalizes her with elbows. Länsberg breaks, and eats several hard punches before trying for the takedown once more. After a struggle, Länsberg settles for a body lock, but Pudilova escapes. A left-right lands for Pudilova, and an uppercut for Länsberg who is now bleeding heavily. Shots from the outside come from Pudilova, as Länsberg’s energy wanes. A right hand over the top lands for Länsberg, and she throws a kick to the body. A hard right lands for Pudilova, but Länsberg plods endlessly forward, almost Zombie.esque. As the round closes, Pudilova steps in with a powerful right hand near the buzzer.

The judges score this fight as a unanimous decision for Lina Länsberg.

“I think you are the winner.” said the Swede to her opponent in the post fight interview. “I will was ill the last week, I got so tired.”