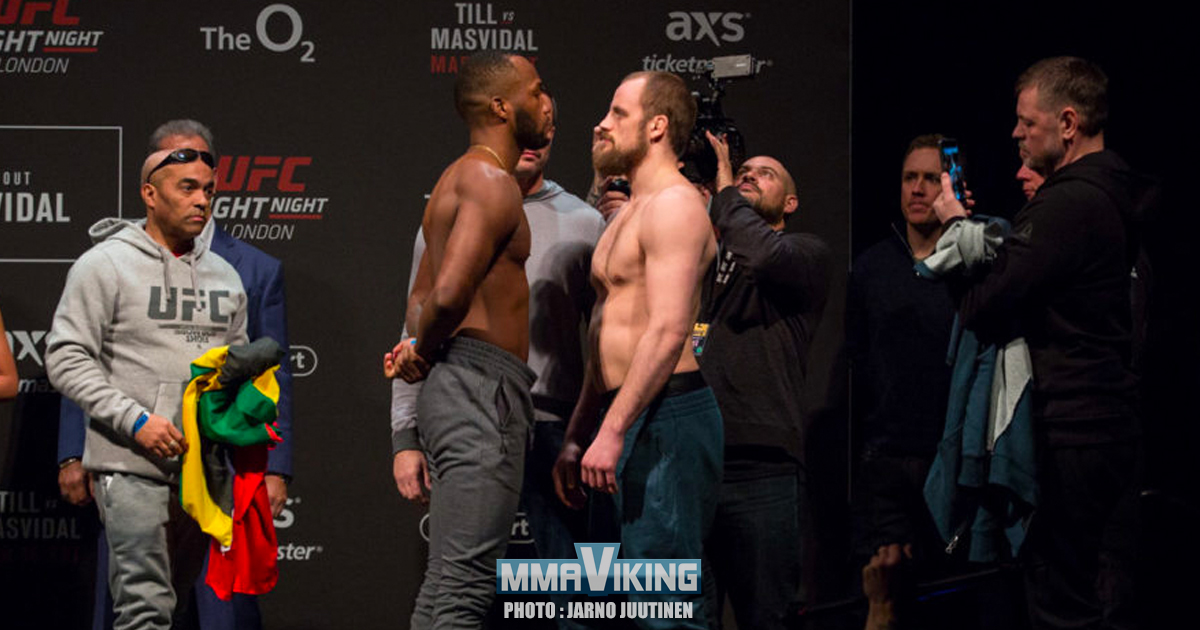 MMA Viking is live in the UK for the UFC in London with Gunnar Nelson taking on Leon Edwards in the co-main event. Get your live results from the 02 below..

Fight starts and both fighters are carefully measuring the distance. Nelson controls the center of the octagon. Edwards strikes but misses and Nelson uses the opportunity to take Edwards down. Edwards springs back up, but Nelson imposes his will and takes Edwards down again.

Fight is back up in clinch position. Edwards manages to take Nelson down and goes for the back. The Iceland fighter seems relaxed as Edwards has only one hook in. Crowd is showing massive support for Gunni. Fight is back in clinch and Edwards throws Nelson down again, but Nelson springs back up immediately. Round ends as both fighters exchange punches and kicks.

Nelson goes for a high kick and Edwards returns the favour immediately. Fighters engage in clinch but separate quickly. Nelson pushes Edwards against the octagon, but Edwards reverses. As fighters disengage Edwards manages to throw a good punch. Nelson rushes forward and catches Edwards with a solid strike.

Edwards is circling as Nelson is controlling the center of the octagon. Nelson successful with striking. Edwards catches the Icelander with a elbow standing and Nelson hits the canvas! Leon keeps working on ground and pound. Bell rings and round is over leaving Gunni with huge swelling over his right eye from that huge elbow.

Icelandic crowd showing some serious support for Nelson as he walks back to the cage looking recovered from the recent damage. Nelson goes for a takedown, but ends up in clinch. Nelson is working hard for a takedown, but Edwards defends really well time after time. Edwards is circling and Nelson rushes back in to the pocket. Nelson scores a solid punch. Edwards is showing some serious strength and reverses the clinch. Edwards goes for a takedown and Icelander defends. Fight is back standing up.

Nelson is working hard and manages to score a takedown! Nelson mounts Edwards! 50s left. Nelson might need KO or submission to win this. Nelson striking, but Edwards is disabling most of Nelson’s attacks for ending the fight. A few slaps to the side of the head, but no opportunity to finish. Bell rings and the fight is over!