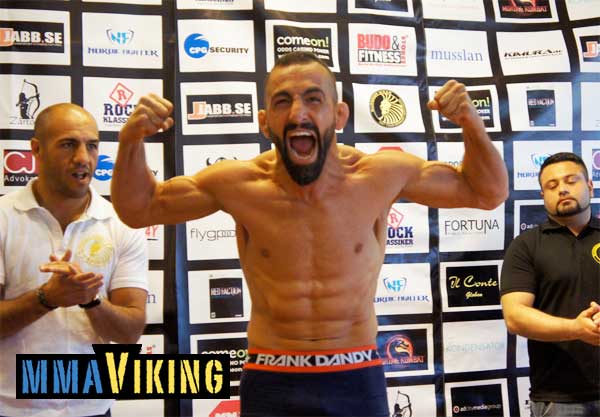 Cage Warriors is putting on a June 16th event in the Middle East. Headlining the event is a 5 round title fight with Sweden’s Reza Madadi and defending champion Matt Veach.  Madadi will be looking to defeat four consecutive former WEC/UFC fighters, which should put him in a position for a bid at a UFC opportunity.  Cage Warriors Fight Night 1 will be at the Le Royal Hotel, Amman, Jordan.

The fight with Sweden’s current Superior Challenge champion is getting some buzz, including making it as one of Sherdog’s top 10 tussles of June:

Read All 10 Tussles in June

A Sherdog article about the whole event is also available:
Veach Versus Madadi Headlines CWFC in Jordan

Fight fans (outside the USA) can watch the main card above for free on CageWarriors.com.  The stream will be geo-blocked in the USA.  Whilst viewers on Premier Sports TV (Sky Channel 433 in the UK), Setanta Sports 1 (Ireland), Setanta Africa (Africa), The Fight Network (Canada), and Fight Now TV (USA) will be able to watch the action live via their TV screens. Check local listings for exact broadcast times in your region