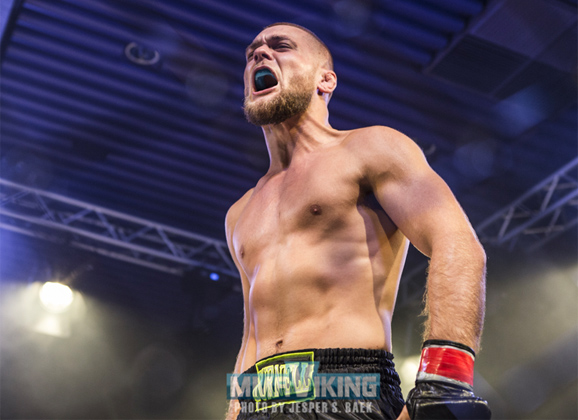 Mads Burnell (8-1) submitted Brazilian Fernando Duarte (20-4) at SOMMA 2 to capture the featherweight world title belt last night in Glasgow. “Rocked my opponent with a flurry like my man James Toney, he then shot for a takedown and felt right in to the japanese necktie, 90 sec” says Burnell shortly after the big win.

The Dane training out of Arte Suave faced a fighter with nearly three times as many professional MMA bouts when the main event.  It was billed by the promotion as “one of the biggest fights to hit Scottish soil.”

Burnell has won his last three bouts, including his second straight Japanese necktie.

Teammate Thomas Jessing (4-2) was also victorious in his co-main event bout.  The grappler is coming off a loss just two weeks ago, but came through for a win against Romain Bidet (0-2) out of France.