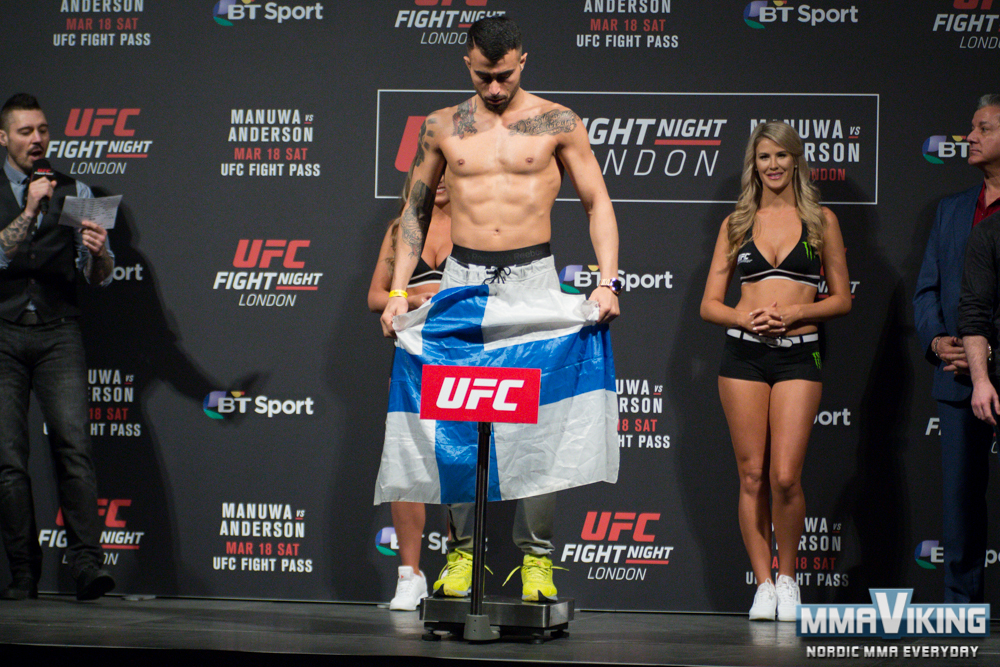 Makwan Amirkhani (13-3) lost a split decision to Arnold Allen in a back and forth battle in London. Mr. Finland had his moments and used his wrestling to his advantage, but it wasn’t enough for the judges that saw the bout at the 02 Arena Saturday night.

Round 1:
Amirkhani rushes out of the gate, us per his usual. Allen takes the center early. Amirkhani blasts towards Arnold Allen and secures a takedown. Arnold Allen shrugs him off, but the Finn pins him to the cage, then throws him to the mat. The Finn searches for a guillotine, but the Englishman struggles to avoid it. Allen struggles to his feet, and manages to toss Amirkhani to the mat. The Finn throws violent knees from his back as the Englishman settles into his half guard and begins blasting Amirkhani’s body with left hooks from the top. Amirkhani regains his feet, and pressures Allen to the fence, where he looks to chain takedown attempts. The Finn finds the takedown with his first attempt, but Allen scrambles and pushes Amirkhani to the fence. Allen peppers the legs of Amirkhani with knees, but the Finn circles out and pressures the Englishman against the cage. The referee breaks them apart, and Amirkhani ends the round with a flurry.

Round 2:
Amirkhani opens the round with a quick takedown, and once more hunts for the neck of the Englishman. Mr. Finland finds himself holding a D’arce choke, and flips the Englishman who escape to the top position as Amirkhani attempts to secure an armbar. The Englishman escapes and ends up on top in half-guard. Amirkhani denies Allen mount initially, but it is secured by the Brit’s persistence. Amirkhani regains half-guard, but falls victim to solid ground and pound from Allen. Amirkhani struggles to his feet, and throws a side kick to the body of the Brit. Amirkhani attempts a takedown, but is stuffed by Allen, who attempts a Peruvian Necktie, and falls short. Amirkhani uses this faltering to obtain the top position, though he appears visibly exhausted. The Finn begins to lay leather and bone on the skull of the Brit, but Allen proves he is dangerous off his back as he threatens with an omoplata. At the buzzer, Amirkhani finds himself atop his foe, within the Brit’s guard. 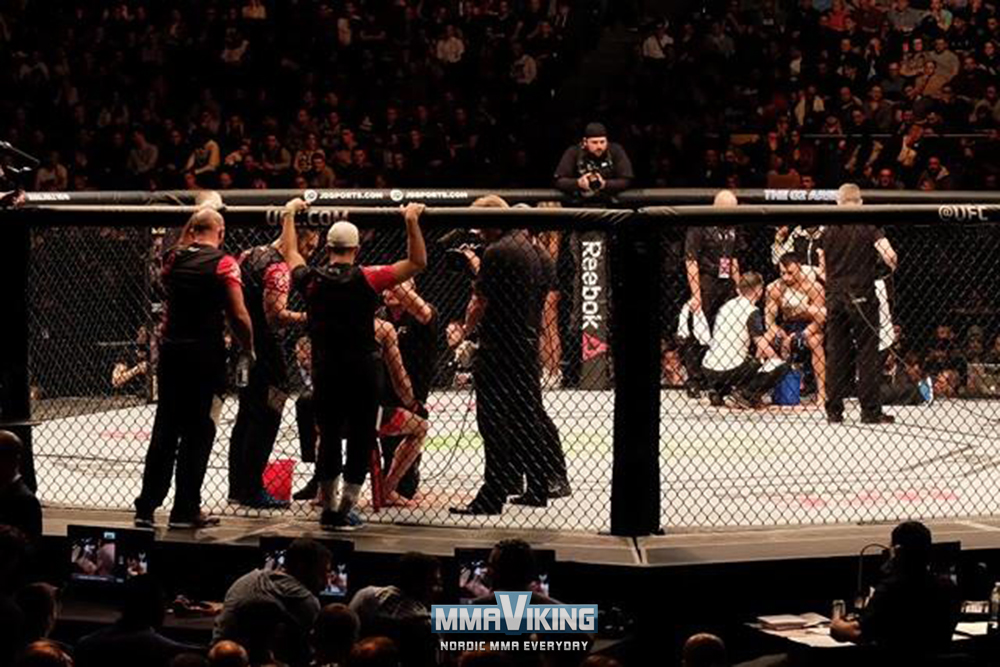 Round 3:
Amirkhani is more subdued at the beginning of the third, but manages to hit Allen with a stepping right hook before he attempts his first takedown. The takedown is denied, and Allen attempts a spinning elbow, which falls short. Allen lands a brilliant left hook on the chin of Amirkhan, which stuns the Finn. Allen is patient, and attempts to slowly pick apart Amirkhani. This proves to be a mistake, as the Finn secures a takedown which gives him a respite from Allen’s strikes. Allen stands, and takes Amirkhani down in the scramble. Scramble after scramble result, and the two vie for top position. Amirkhani secures it, with titanic effort, and begins to work when the referee questionably stops the action. 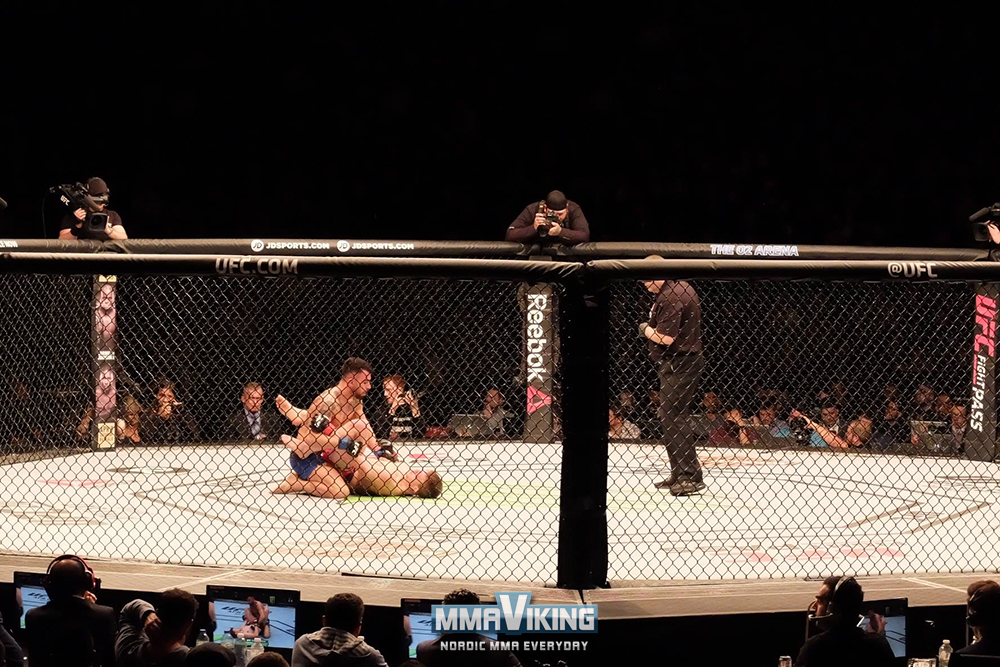 Arnold Allen vs. Makwan Amirkhani goes to the judges at #UFCLondon! How did you score it? pic.twitter.com/WuAT1sWKqm