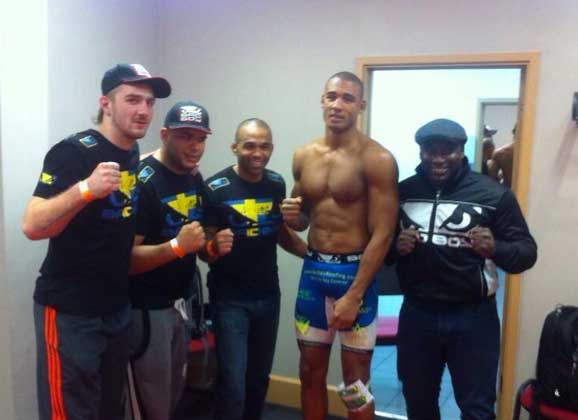 Max Nunes finally had a fight that went the distance after 13 professional MMA bouts after his decision victory Saturday night at BAMMA 14. The Swede made his middleweight debut and impressed with his win over veteran Ion Pascu. “It was a hard cut.” comments Nunes in a post-fight interview with MMA Plus. “I’m staying at middleweight.” says the happy fighter that is based in London, but has been putting time in at Allstars Training Center in Stockholm. See the reaction of the fighter below.