It’s been a long while since my first post here at MMA Viking. A very close person’s sudden and severe illness took all my focus and energy during the spring and kept me out of the game for a couple of months… but now everything’s ok and I’m back on track with my MMA training!

Here’s a brief overview of the different classes I’ve taken so far at Allstars Training Center in Stockholm, from a beginner’s perspective. 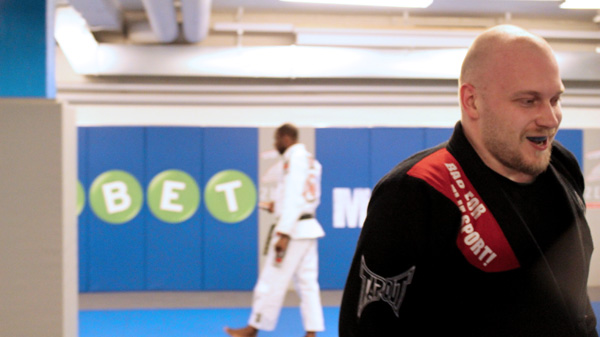 MMA classes are physically very challenging. Compared to the gym, I simply can’t manage to get my body so exhausted and overheated that I’m sweating insanely still 20 mins after the training is over, something which happens to me every time after an MMA class.

Alex is a very humble guy and I like the way he is coaching us. He’s down to earth and patient with a newbie like me, taking the time to answer all the questions and guide the students so that they understand exactly what they’re supposed to learn.

After the first cagework class my jaw was sore for days, I had a big bruised stripe on my head from the cage and my elbows were bruised. I had planned to go to the gym the following morning, but I was so tired and I had so much aching everywhere that I couldn’t even dream of getting myself to lift those weights.

This is something I’ve been wanting to do for a long time: to learn how to punch the boxing way.

In theory, the punches themselves are quite simple and there’s not so many different kinds of punches, but executing them with speed and power, and the endless variety of combinations, balance, rhythm and coordination makes boxing classes absolutely fascinating.

And again I find myself sweating immensely, taking a quick look at the clock while we’re finishing the class with intense session of punching the big bag. Pain, love it.

I finally got the chance to wear my black Tapout BJJ gi for the very first time some weeks ago as I took my first Brazilian Jiu-Jitsu class, held by the 5-time Brazilian Jiu-Jitsu World Champion Alan “Finfou” Nascimento. Alan is a nice guy and the atmosphere at his BJJ classes is motivating and cheerful. I’m constantly surprised by the positive, encouraging and down-to-earth attitude by the coaches and everyone else training here.

Did I say that this whole MMA stuff is physically very challenging? Well, Brazilian Jiu-Jitsu is no exception and wearing a thick gi doesn’t really make my (already extensive) sweating any less. 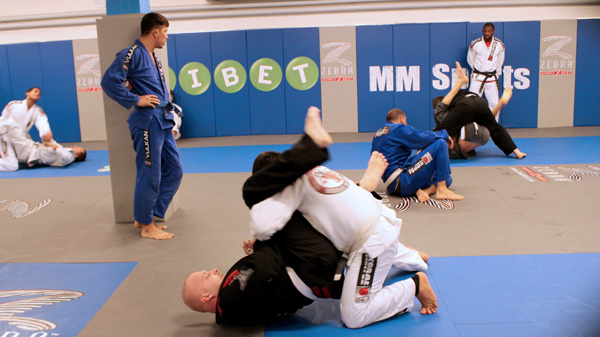 Overall feelings after the beginning

Despite the setback of me not not being able to do any training at all for some while, I’m very happy about how it’s going at Allstars Training Center. I feel things are like they’re supposed to be; everyone is there to learn and if possible, to help others learn as well. Having some good laughs in the middle of hard training helps keeping up the motivation and constructive attitude.

The physical challenge factor is very interesting. Some years ago a local newspaper in Finland did a story about how much calories playing an extreme metal gig burns, and they used one of my bands as the guinea pig. They put all the devices on during the show and measured the heart rate and the calory consumption of each band member. Our drummer consumed approx. 1200 kcal during a 50-minute show, which is an astonishing amount within such a short time. I probably won’t go even near that amount, but nevertheless I do get extremely tired and sweaty from all the bouncing on stage, all the warm spotlights pointing at me and from wearing a “heavy” stage outfit.

With that said, I feel that an MMA class burns even more calories than playing a Death metal gig. From my perspective, that’s saying a lot!

So, all is going well and no complaints here, time to put on the next gear and increase the amount of training for the summer!

Yours in fighting spirit,
Tuomas “The Metalhead”