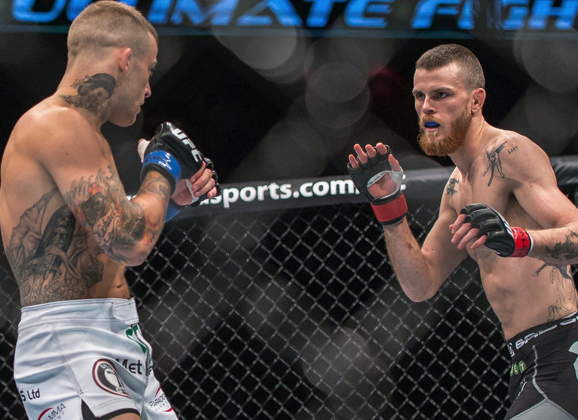 The Nordic fighters aren’t getting any attention on the next European card. The UFC announced the final bout of the UFC’s Poland card on April 11th, and it won’t include an vikings breaking a streak of 11 cards with at least one fighter from Finland, Denmark, Norway, Sweden, or Iceland. It has been over four years since this has happened, when the Octagon landed in Germany back in November of 2010.

Many Scandinavian fans were hoping that either Niklas Backstrom or Andreas Stahl would be on the card, as they have been trying to get back in the Octagon as soon as possible. Both fighters are coming off loses, but in full fight camp and ready to go.

Other Nordic fighters such as Gunnar Nelson, Makwan Amirkhani, and Ilir Latifi are also healthy, but more likely for bouts happening in the summer. Tina Lähdemäki and Magnus Cedenblad have been injured, and return is still unknown. Nico Musoke and Alexander Gustafsson will also be seeking their next bouts.

The last fight put on the Krakow card today took a fighter from the upcoming Cage 29 card, as Polish fighter Izabela Badurek was set to face Finn Suvi Salmimies (2-0-1) this Saturday in Helsinki. Instead Badurek will make her UFC debut against Aleksandra Albu, and Salmimies now will face veteran Karla Benitez (10-7-1).

The final Krakow, Poland card is as follows:

The next European card is June 20th in Berlin, Germany. Fingers crossed.