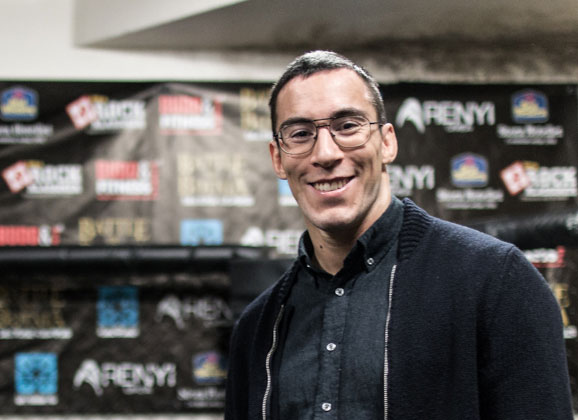 David Häggström (7-2-1) is plotting his return back to the cage. While many fighters have called themselves “Psycho”, this sweater-wearing athlete will soon be a one… but more in the professional sense as a licensed practicing psychologist. “It’s been a couple of busy years.” says the Renyi fighter out of Umeå to MMAViking.com.

“I graduated from the university and became a father” says the bantamweight who hasn’t battled in the cage since September 2013. With just a few more months of training before he can start working as a psychologist, Häggström says that isn’t ready to hang up his gloves just yet. “I still have a lot more to give and accomplish.”

In a visit to the gym, MMAViking.com talks to Haggstrom about his early days learning Kyokushin karate and how he and some friends eventually found there way to Renyi, the gym of recently retired UFC fighter turned coach Tor Troeng. “When we started out we didn’t know what we were doing. Thor has paved the way. He’s always been the guy pushing us.”

“A lot of the other things I need are falling into place” says the fighter that is looking at the summer for a return. He also thinks that his fighting will be at a new level, after taking his most recent fights “during stressful time”.

The 28 year old, who has won his last three of four bouts has notable wins over Finn Janne “Jamba” Elonen-Kulmala and Dinky Ninjas James Doolan. 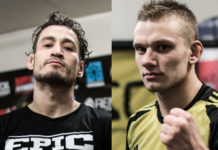