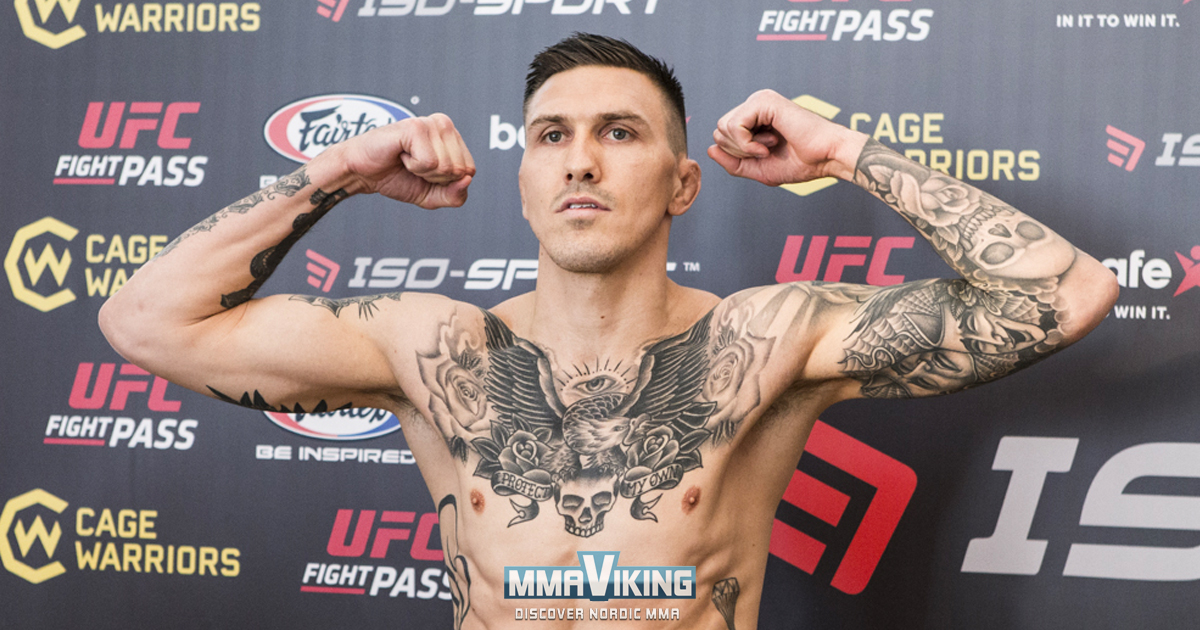 Hakon Foss (9-5) will return to the cage at the Cardiff Ice Arena on December 8th. “To fight for Cage Warriors on there 100 event is just a honor for me.” says Foss to MMA Viking 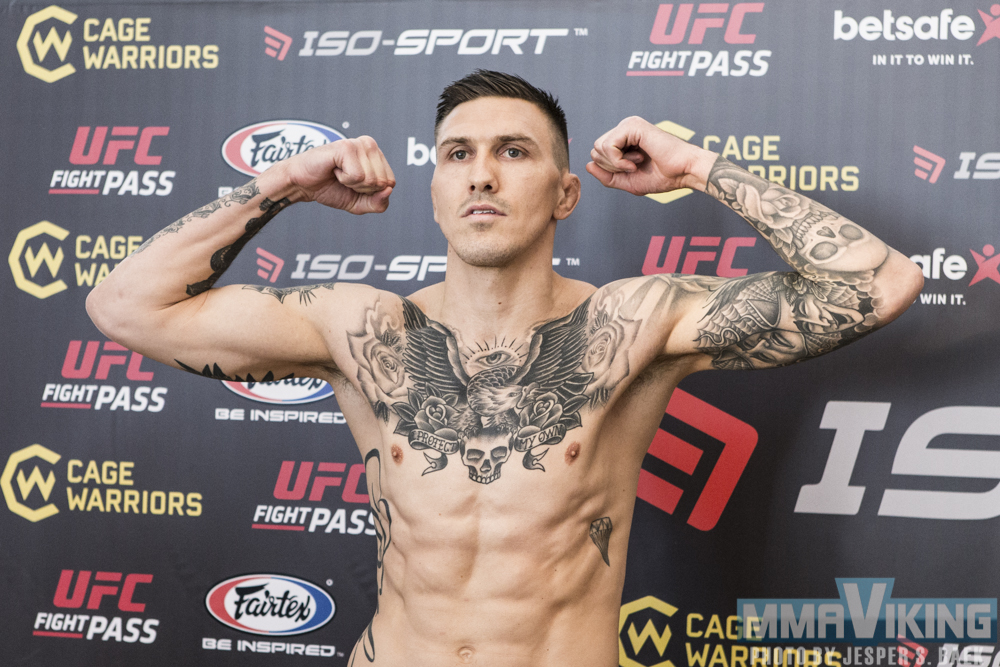 Foss will take on Aaron Khalid (8-4-1) in a welterweight bout at the landmark event for Cage Warriors. Khalid is currently on a 2 fight win streak, both coming via first round finish. The Welshman has secured in a finish in all but one of his pro wins to date.

“I wanted a big fight and wanted a fight before Christmas, I Khalid is maybe not a big name, But He has some good wins recently over Jamie Richardson that i lost to. And the 2 fights before that he went to decision (lost) twice with the newly crowned champ Ross Houston.” says the Frontline Academy fighter.

“Khalid is a dangerous scrappy fighter.”

The Norwegian has fought under the Cage Warriors banner 5 times already in his career. Last time out he snapped a 2 fight losing streak by stopping Jack Mason within 2 minutes with an impressive series strikes at Cage Warriors 93.

Cage Warriors 100 is set to take place in Cardiff, Wales. Foss will not be the sole Nordic fighter on the card as Denmark’s Nicolas Dalby (15-3-1) is also set to compete on the card.