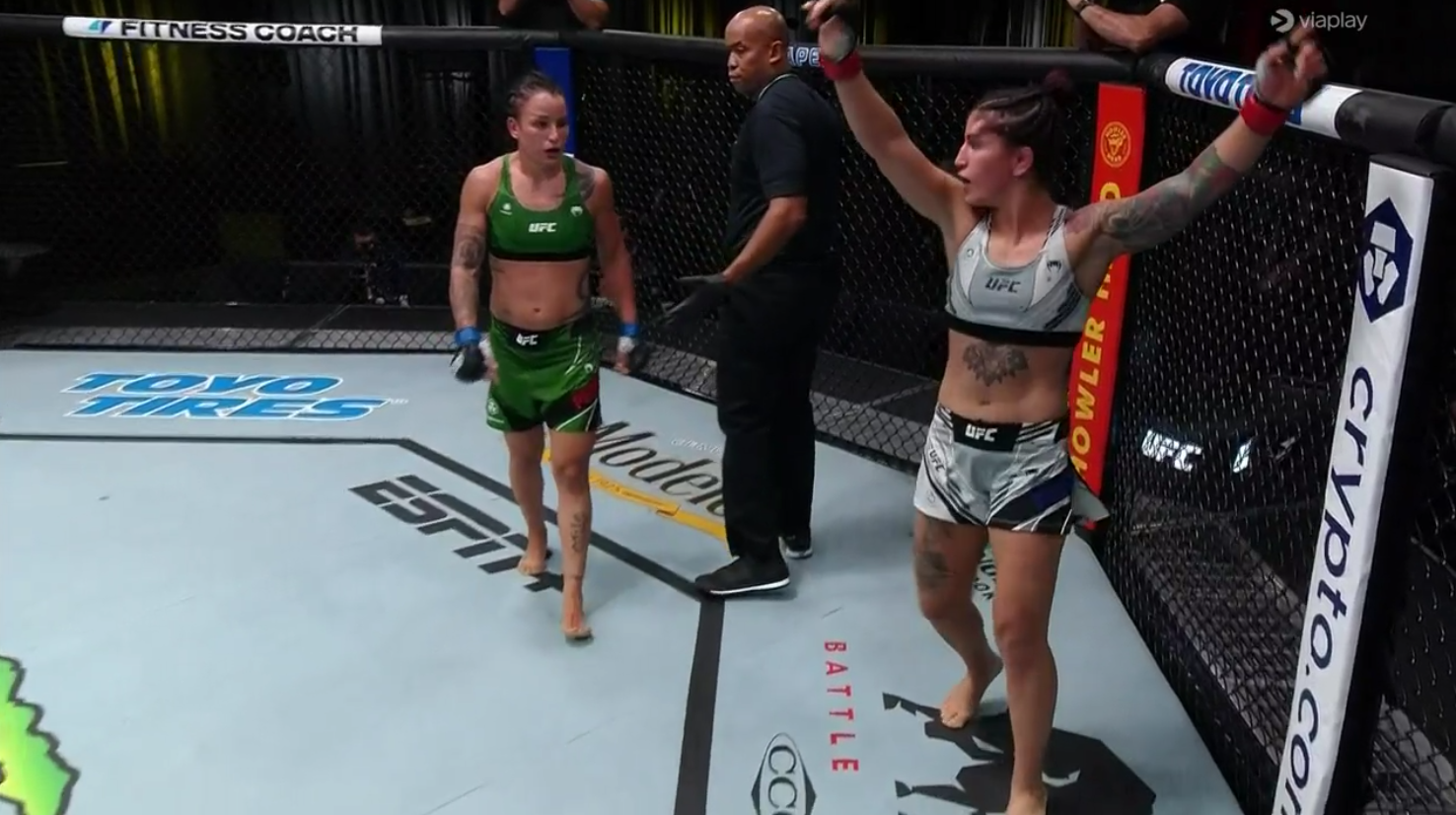 Pannie Kianzad (15-6) lost to Raquel Pennington (12-8) at UFC Fight Night at the UFC Apex in Las Vegas. “Banzai’s” four fight winning streak came to an end after the judges announced 29-28 scorecards all in favor of the American. 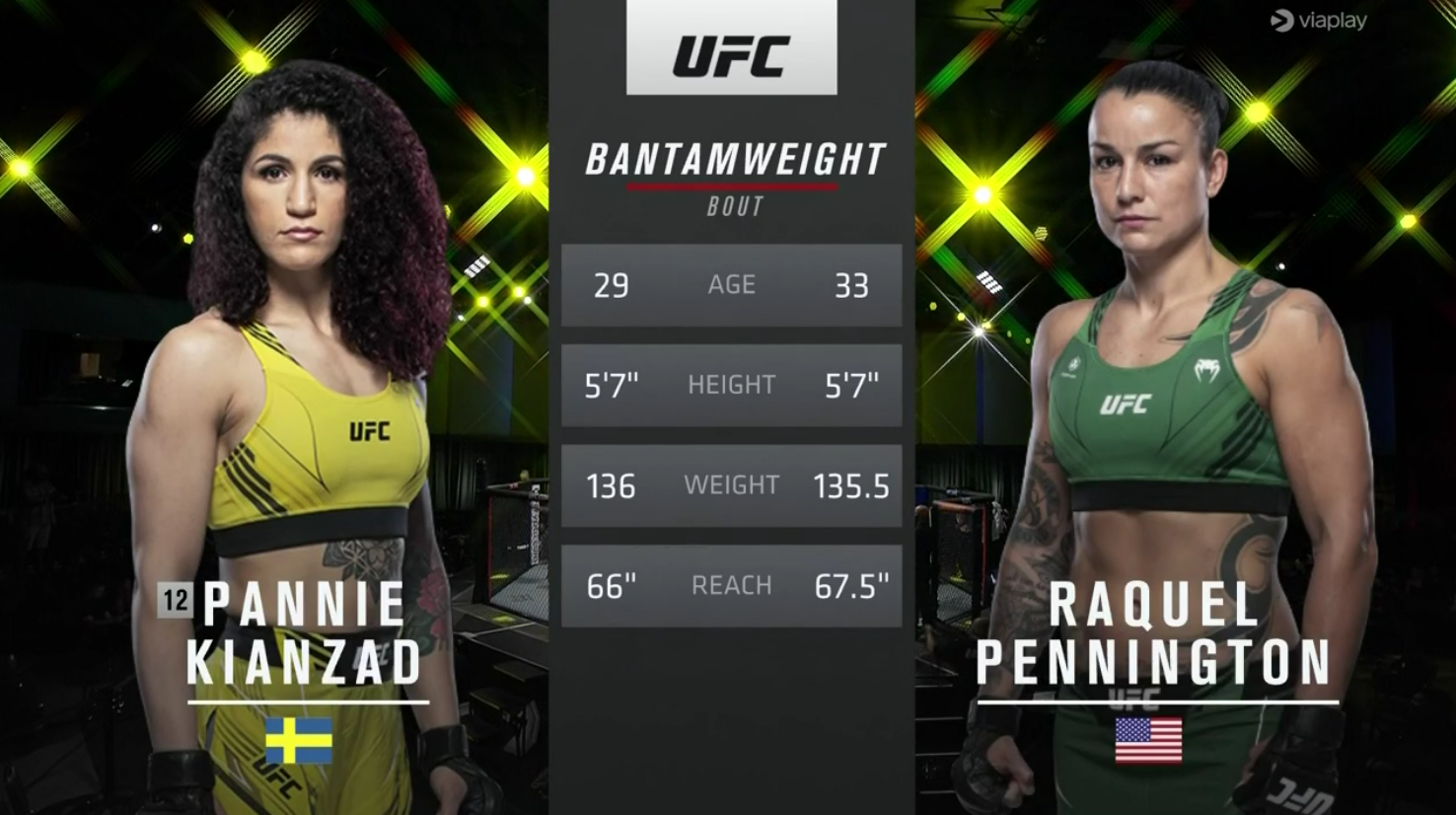 Kianzad throws a left hand to start the fight, but Pennington rushes into a clinch and pushed the Denmark-trained fighter against the cage. Pannie reverses the position and lands a nice knee. A nice head and arm throw gets Pannie a take-down, but Raquel pops back up. She throws an upward elbow that pops Kianzad in the face and elicits a smile. Pannie turns in against the cage and lands since knees then, and elbow, and another BIG knee to the face! Raquel rallies back with some knees. 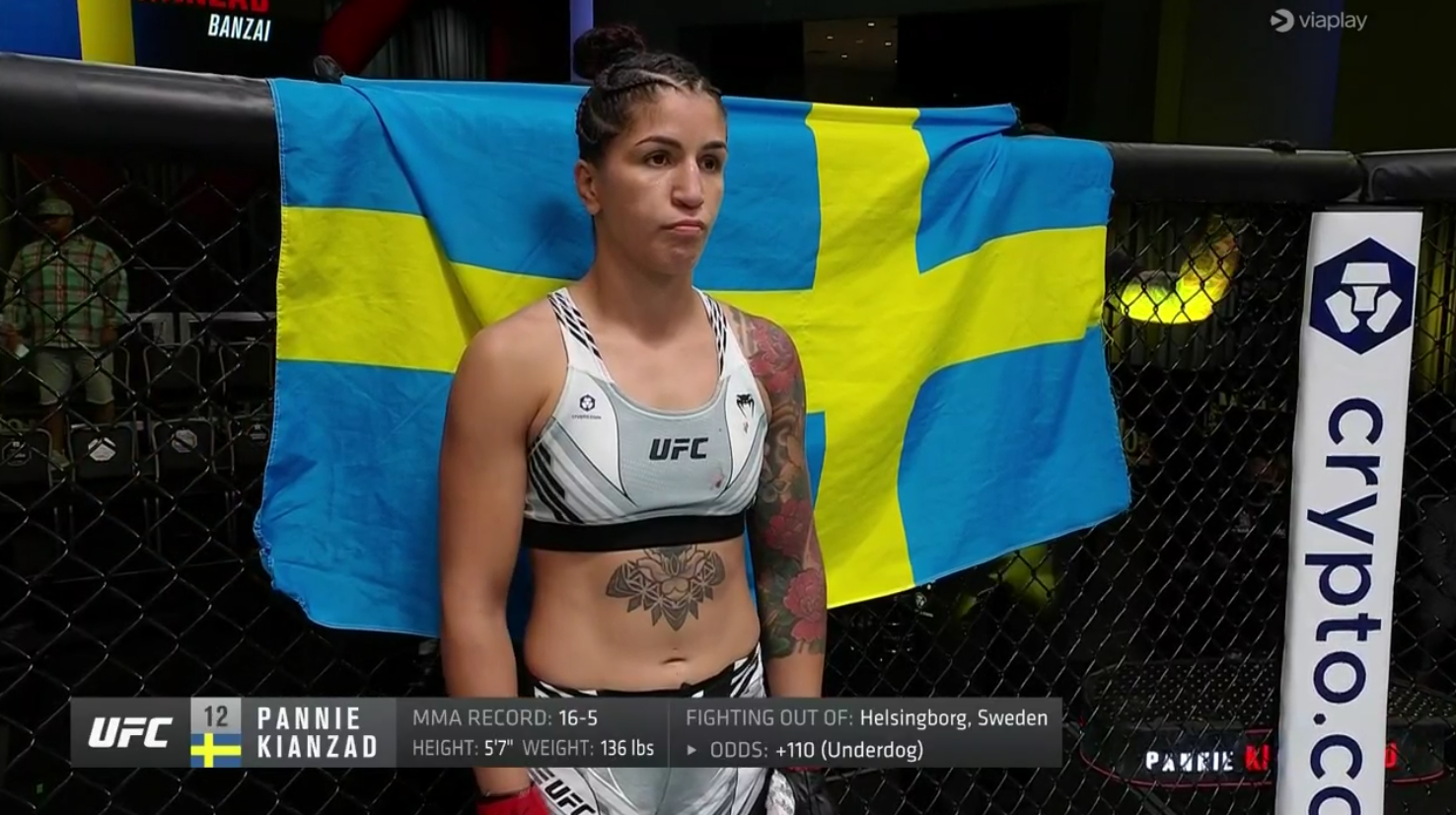 Pannie with a few more knees, then takes a step back to rip some punches. The former title challenger then pushes Pannie against the cage to try and grab a single leg, but it is defended with less than a minute left. Pannie controls the clinch and lands a few more knees to finish the first round, which should go in the Swede’s favor.

The Arte Suave fighter is hit with a superman punch to start the round, then both go to the clinch. Pennington lands some good shots, and Pannie takes a step back… pauses then throws some hard shots that land of her own! Pennington lands a good elbow and is pushing the action here, until Pannie lands a sweet three punch combination. A rare kick from Raquel lands. In the clinch, the Swede defends by putting a leg up, but the American takes it and finishes a take-down. Kianzad goes to work on the ground and looks for a triangle, but Pennington adjusts and takes back. 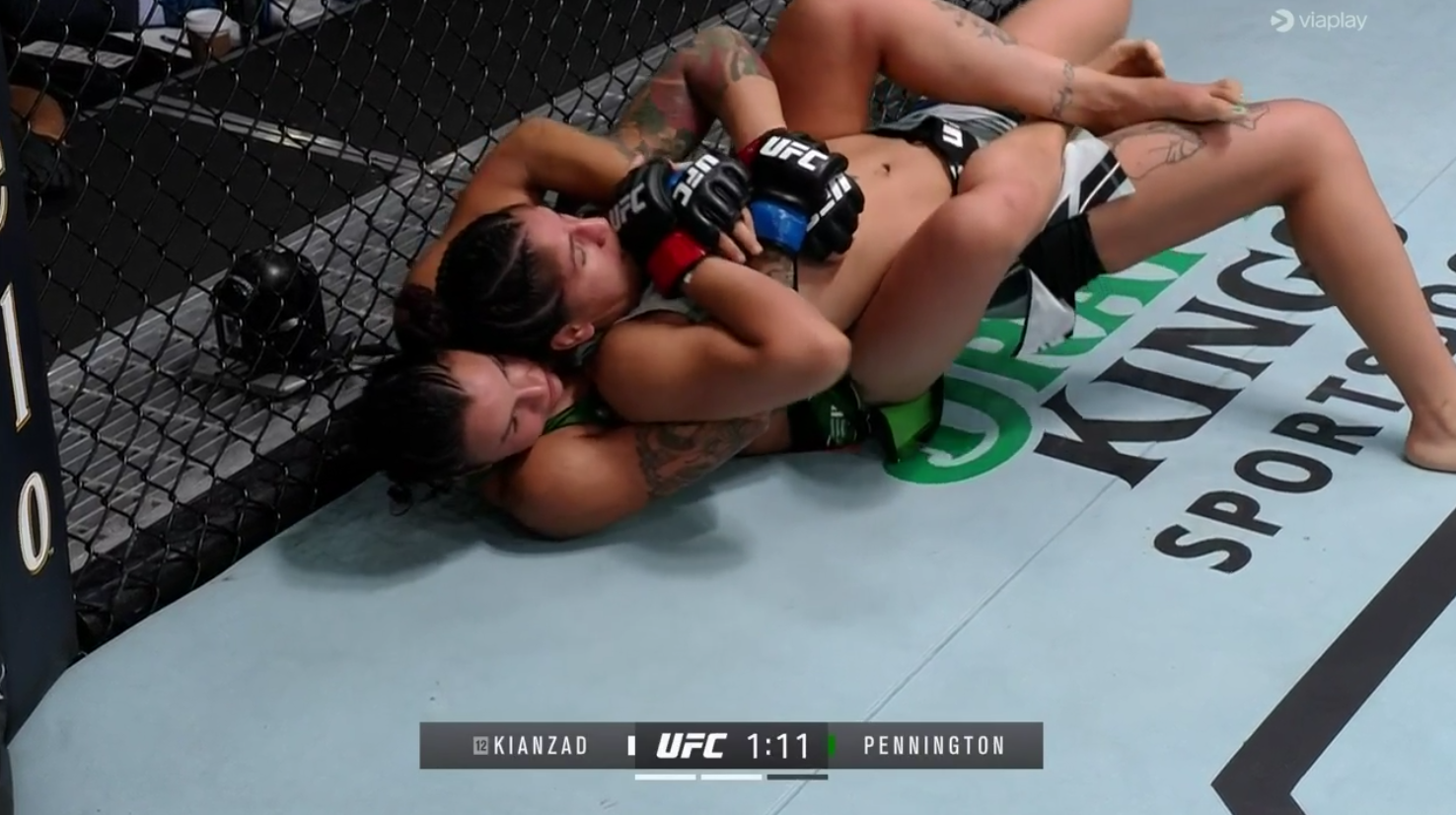 Pannie is being pushed up against the cage on her back, but fights to get to her feet with 20 seconds left, where the two flurry till the bell. That round goes to Pennington.

The third round starts with the two keeping distance and looking for strikes, and Kianzad spins for a punch that doesn’t land. Now the two head back to the clinch, fighting for the position…. exchanging knees. Good left elbows, then Pennington lands two good right hands. The two exchange elbows in close. Pennington lands a big right hand, but Pannie fires back with a left knee to the body and then briefly grabs a standing guillotine. A few more good knees.

Half way through the round, and Panie lands a good right hand and then an elbow, but retreats and is put in the clinch on the cage. Good combination then knee from Pannie. Good right hand from Pannie. Another right hand catches Pennington out in the open. The American goes for a take-down, but met with a knee. The two go in the clinch and let the punches go! Pannie getting the best of the exchange as the round ends! Pannie raises her hands confident with winning that round and the fight.

The scorecards are all 29-28 in favor of Raquel Pennington.