Iceland’s Gunnar Nelson faced Santiago Ponzinibbio in the main event of UFC Fight Night 113 in Glasgow, Scotland. It was a quick fight, as the Argentinian stopped the Mjolnir fighter early into the scheduled 5-round bout. 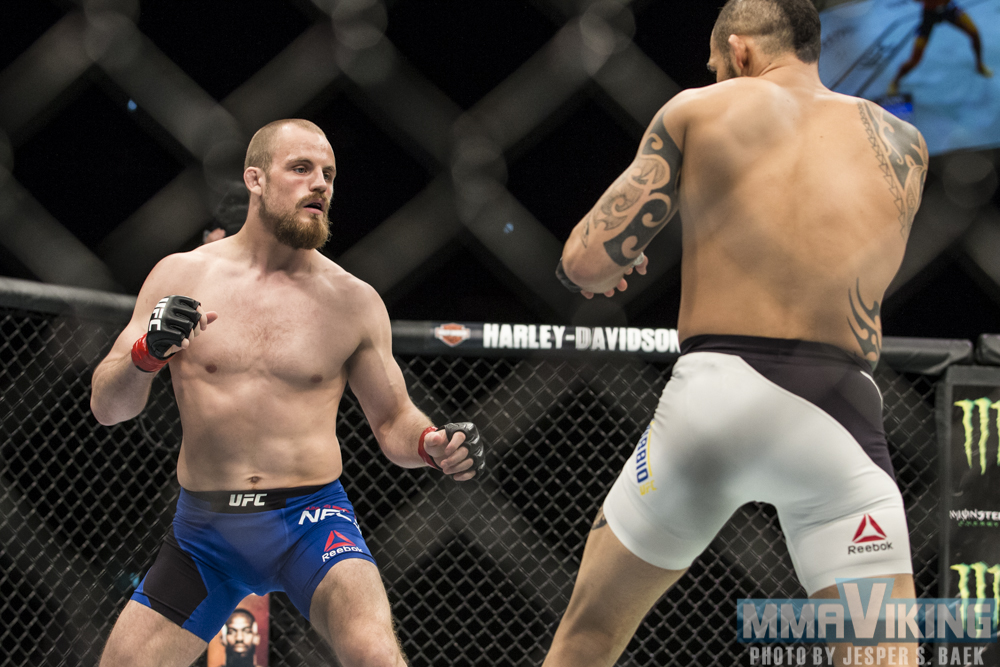 “Gunni” was looking for his third straight win inside the octagon facing the “Gente Boa” Santiago Ponzinibbio.

Round 1
Nelson looks very measured as always. Nelson lands a lead uppercut that backs Ponzinibbio up.

It’s the Argentinian’s turn, and Ponzinibbio lands a devastating right straight that rocks Nelson, then follows up with a left hook that put the lights out. The fan favorite is now against the cage, and hurt bad, referee Leon Roberts jumps in to stop the bout. That is it. The fight is over. 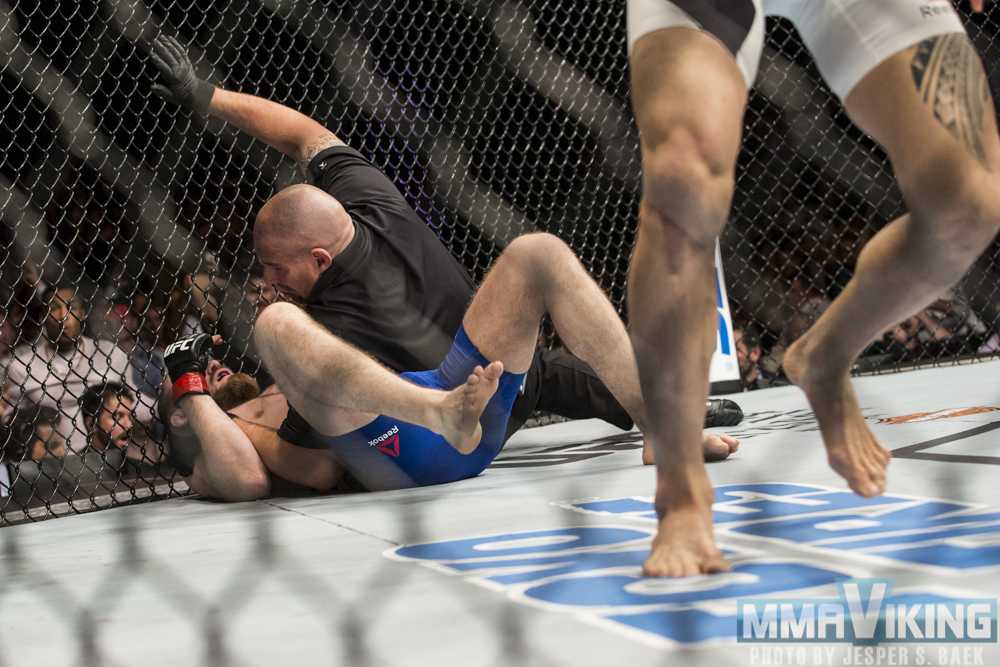