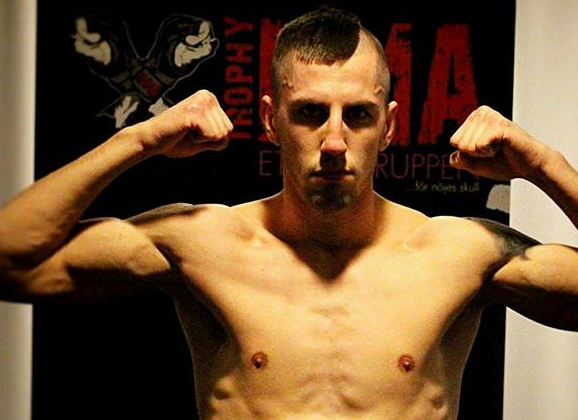 The final Nordic event took place Saturday night in Malmö as Trophy hosted their annual ‘Nyårssmällen’. Sweden’s Mattias Rosenlind moved his record to 4 wins and 1 loss with his second round submission over Norway’s Edvin Eldholm and Dane Mikkel Kasper (IMMAF champion in 2014) won his pro debut over Linus Anderson in the only other pro MMA bout of the evening.

The hometown favorite lightweight Rosenlind out of Malmö Muay Thai has now won 4 straight bouts, including one over UFC signed David Teymur.

Below are results from the seven fights here.