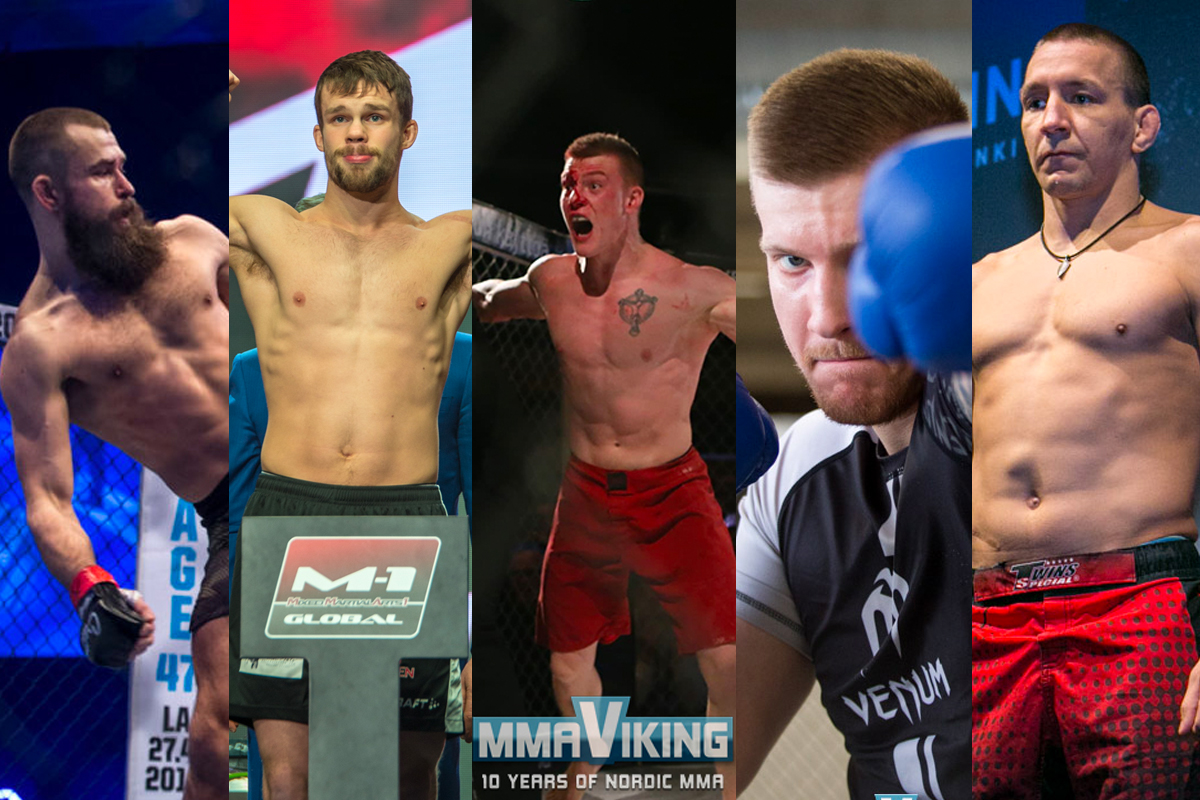 Carelia Fight XV goes down this Saturday at the Saimaa Arena in Imatra, Finland in showdowns of Finns versus Russians.

Originally MMA Imatra’s own Maiju Suotama was set to fight on the card, but was called up to Invicta, and Juuso Halme will be missing from the card. So, Jani Salmi (11-4-0) is headlining the card in a lightweight bout against Zhyldyzbek Uraimov (3-0) from Kyrgyzstan with strong stand-up skills. The Finn out of GB Gym will be looking for his third straight win following two solid wins with the M-1 Challenge promotion.

Aleksi Savolainen (7-5) out of MMA Imatra / Loop Martial Arts Helsinki will face Aman Abdraymov (5-3-1) out of Fight Club Taymanbas, Russia. The lightweight has had a tough run, losing two straight at Cage over the last year, but has always performed as of late in Imatra, winning by TKO at Carelia Fight 14 and Carelia Fight 12. This will be a catchweight bout at 73 kg/160 lbs.

Jani Hägg (2-3) will look to take on Denis Ignatiev (2-3-1) in a featherweight bout. The Finn will look to build on his win last year over Evgeny Svetlichniy to snap a two fight losing streak. Ignatiev is a familiar opponent, losing to Finn Hannan Housmand back at Carelia Fight 13.

Niko Skonbäck (1-1) is back in Imatra, where he made his promotional debut at Carelia Fight 14. The GB Gym fighter beat Jesse Koivuniemi (2-3) at Seinäjoki Fight Night 4, and will now face Yuriy Bendik (2-2) who is a sambo fighter.

Mikko Ahmala (6-5) will be making long awaited comeback. “I am prepared to execute my own game plan and fight in all areas of this sport.” The Finn that is training at Loop Martial Arts in Helsinki has not been in the cage since Cage 42 back in February of 2018.