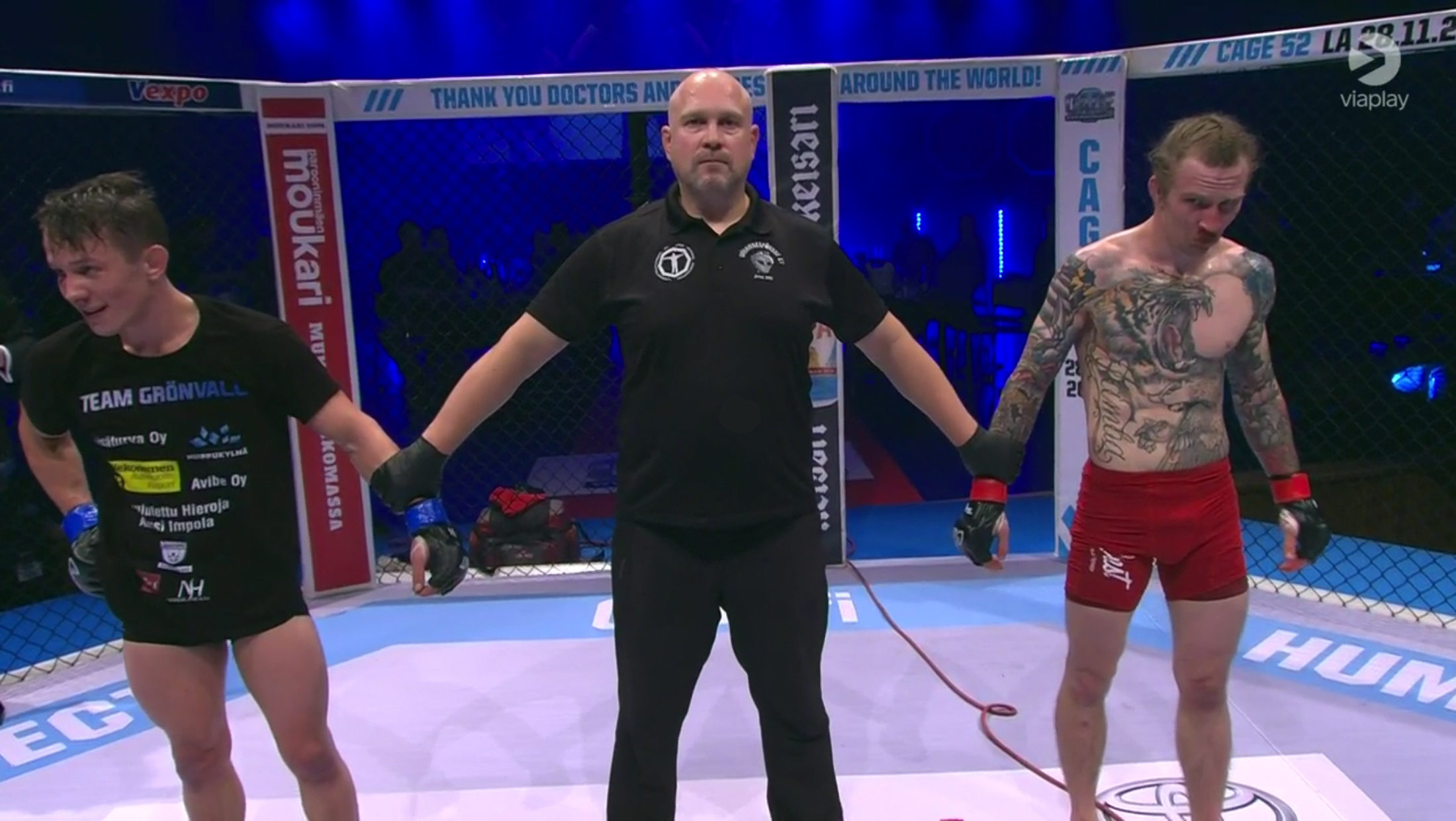 Jamba used his southpaw attack to try and get inside early. Grönvall using right kicks to defend. Good left uppercut from Elonen-Kulmala, and another, but this time in the clinch Tuomas throws some good knees. Jamba attempted a head and arm throw, but ended up on the mat and Grönvall took back with under two minutes in the round. Some knees from the side by Tuomas that is finished the first round strong.

A slow start to the second round with both fighters looking for an opportunity. Both fighters looking to take control of the center of the cage and a take-down attempt from Grönvall, but defended will from Janne. Another take-down defended, and now Janne lands a few good shots. Jamba trying to land a straight left, but ultimately lands a few good left kicks to end the round.

Grönvall in quickly to get a take-down immediately to start the 3rd round. Tuomas landed some good ground and pound in half guard, but the fight is called to the feet in a questionable call with the Finn doing work on top. The pace is quickening. A nice counter left knee from Jamba that stuns Grönvall. Tuomas pushing forward and tried for another take-down, but it is defended. But, Grönvall was able to get back on top and landing a few punches till the bell. A close bout that was ultimately called in favor of Jamba.

Aleksi Savolainen (8-6, 1NC) was aggressive in his fight versus Markus Mäki-Ventelä (1-3) using low kicks to chop down fellow Finn in the other pro bout of the evening. It only took one more right kick to start the second to stop the bout at 18 seconds into the frame. Savolainen winner by TKO.