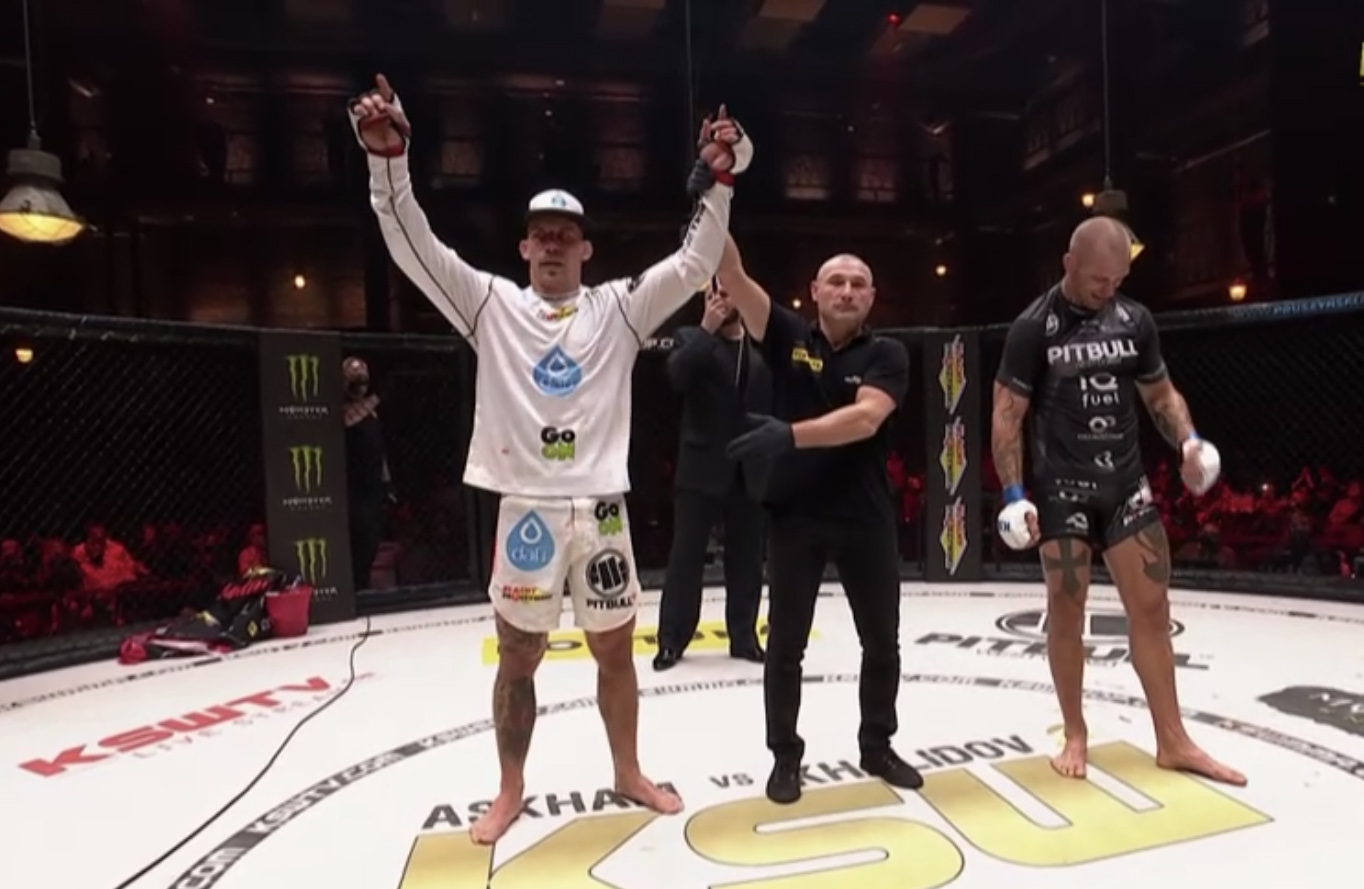 The fight started and “Bane” immediately started off with a series of punches! Janikowski retreated to the fence and immediately took Gustafsson down. Janikowski took the initiative on the ground and went for the side control. The Pole didn’t not give up his position. 2 minutes in, Janikowski was still working in side control. Janikowski attempted a crucifix, but Gustafsson managed to get out and both fighters ended up on the feet. After several punches from “Bane”, Janikowski went for the single leg, to make it his second takedown in the fight. With just one minute left on the clock, Janikowski still worked from side control and dragged Gustafsson closer to the cage. Half minute left and “Bane” escaped! Gustafsson worked from the distance, throwing punches. First round is in the books. Solid grappling from the 31 year old Pole.

Second round. Both fighters traded punches. “Bane” attempted a flying knee, Janikowski tried to catch it and go for the takedown, but failed. Gustafsson, despite being taken down previously still pushed forward. Crisp boxing from Gustafsson mixed with beautiful frontkicks and legkicks. Past the first half of the 2nd round, both fighters were trading punches, before Janikowski went for the takedown, but not for long. Couple of trades, and another successful takedown from Janikowski, albeit no follow-up punches. Gustafsson kept working from the distance, very relaxed and confident. The bell rang, two out of three rounds are in. A much better round from Gustafsson. 1-1.

Third round started by Gustafsson with a barrage of punches, to which Janikowski tried to answer with a takedown. Following some trades, “Bane” tried to shoot for the legs himself but Janikowski managed to hold him off. Gustafsson worked from the distance but Janikowski caught him with a powerful, nicely placed leg kick after which the Swede fell on the canvas. Past the first half of the third round, and Gustafsson kept working from distance, throwing beautiful hooks, trying land them on Pole’s chin. After the 2 minute mark, Janikowski scored yet another take down and tried to go pass the guard. Following a minute of action, “Bane” tried to get up but the Pole secured a beautiful suplex. The remaining time of the round Janikowski spent on top in side-control.

The fight goes to the judges decision. Two of the judges scored the contest 29-28 for Janikowski. Only one judge gave the win to Gustafsson, giving the home country fighter the win and ending the Swede’s undefeated run.