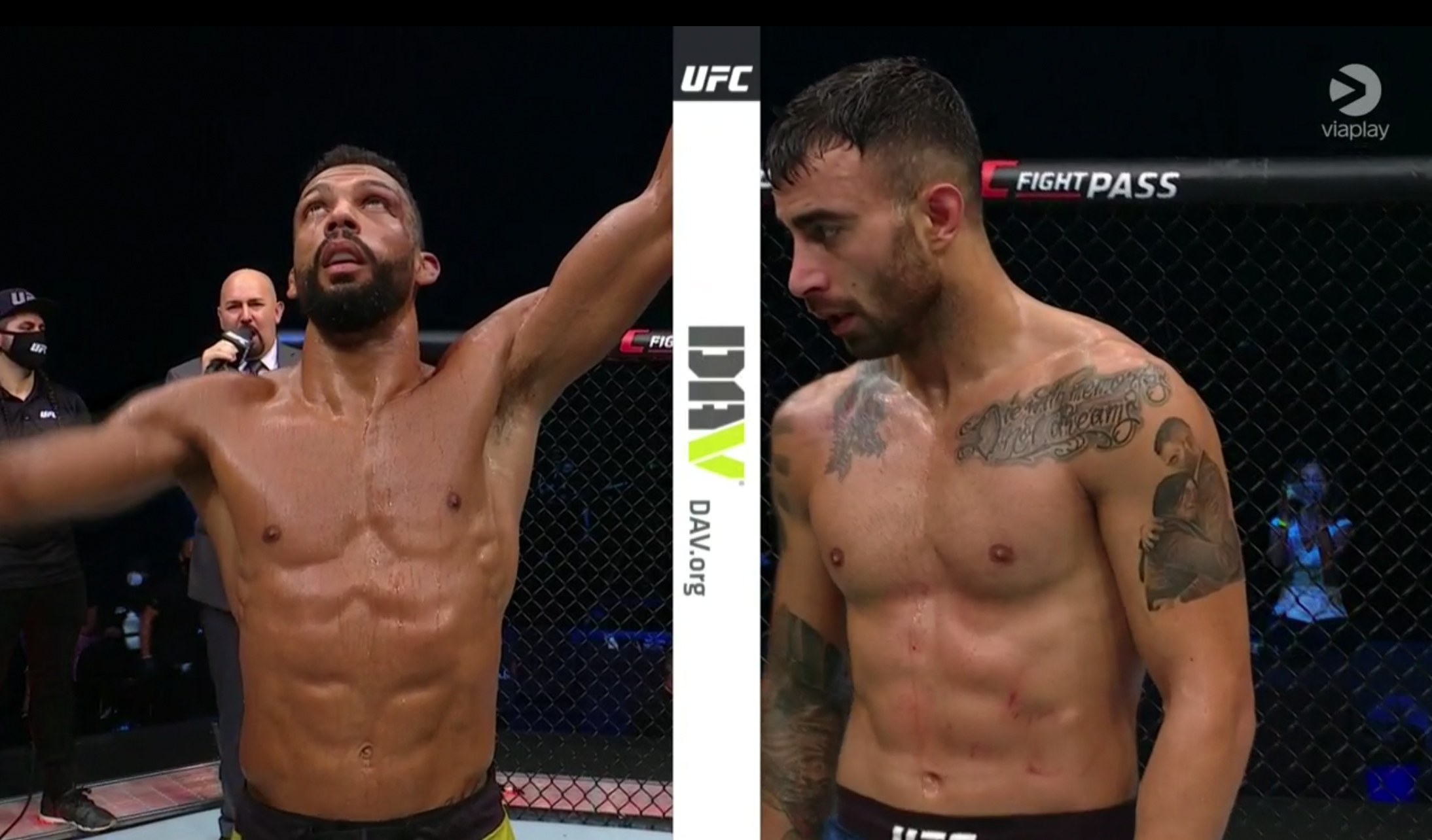 Makwan came out calm, waiting for Barboza to make a move to start the bout. Barboza is also cautious, throwing light kicks at the front leg. A body attack from Edson, and Amirkhani lands a nice jab then misses a flying knee. Amirkhani with a take-down attempt with two minutes left, but the Brazilian defends. Solid kick and right cross, then a body kick from Barboza that Makwan catches and secures a take-down with seconds left in a tactical first round for both.

A little blood coming out of the nose of Mr. Finland coming out for round 2. A right body shot lands half way into the frame as both fighters are cautious. Lead right hand stuns Makwan and he drops to the mat and Barboza tries to secure a front choke, but Makwan defends. Back to the feet and another right hand lands for the Brazilian, as the Finn shoots in for another take-down, but defended. Back to the feet and another big right hand lands dropping Makwan to his butt, and another darce attempt, but Makwan defends and puts Barboza on his back, landing an elbow and punch at the bell.

Mr. Finland comes out more aggressive in the third and gets in on the legs and eventually finishes the take-down against the fence with 3 minutes left in the fight. Edson keeps Makwan in full guard, quickly attempting a triangle. Good elbow from Makwan, but referee Kevin Sataki stands up the fighters. Big left hook from the Brazilian, and then asolid combination from Barboza to end the bout. Both fighters raise their hands then embrace.

Junior ends a three fight losing streak with the win.