Soren Bak faced Martin Stapleton on the main card of Cage Warriors 88 in Liverpool, England, defeating the Mancunian by first round submission (rear-naked choke) in the first round. Read the live cageside play-by-play below. 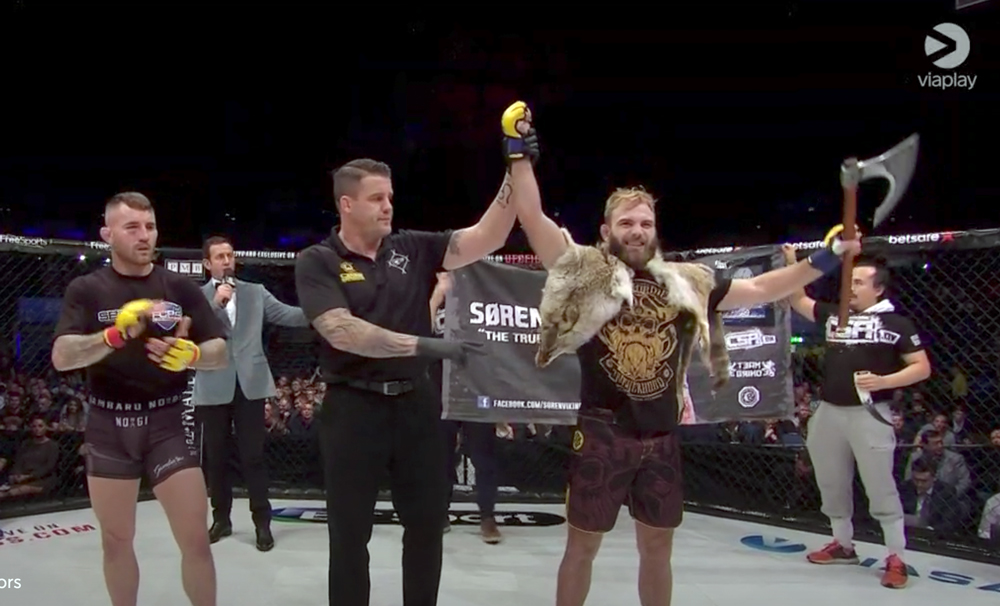 Round 1: Stapleton presses early, before Bak trips his opponent and ends up in side control. Stapleton looks for an armbar, the Viking escapes and takes his opponent’s back looking for a rear-naked choke. The Dane is sat on top of Stapleton’s back around the cage.

Brutal elbows thrown by Bak from top position land hard on the Englishman. The Viking is still looking for that rear-naked choke, but Stapleton is defending well so far. Stapleton is struggling to shake the Dane from back mount. Bak tightens up a body triangle and continues to look for the choke. He locks it in!!!! IT’S ALL OVER! HUGE WIN!

“This fight will determine who will fight for the title next” said the Dane to MMA Viking prior to the fight, and it looks like he has earned his shot.