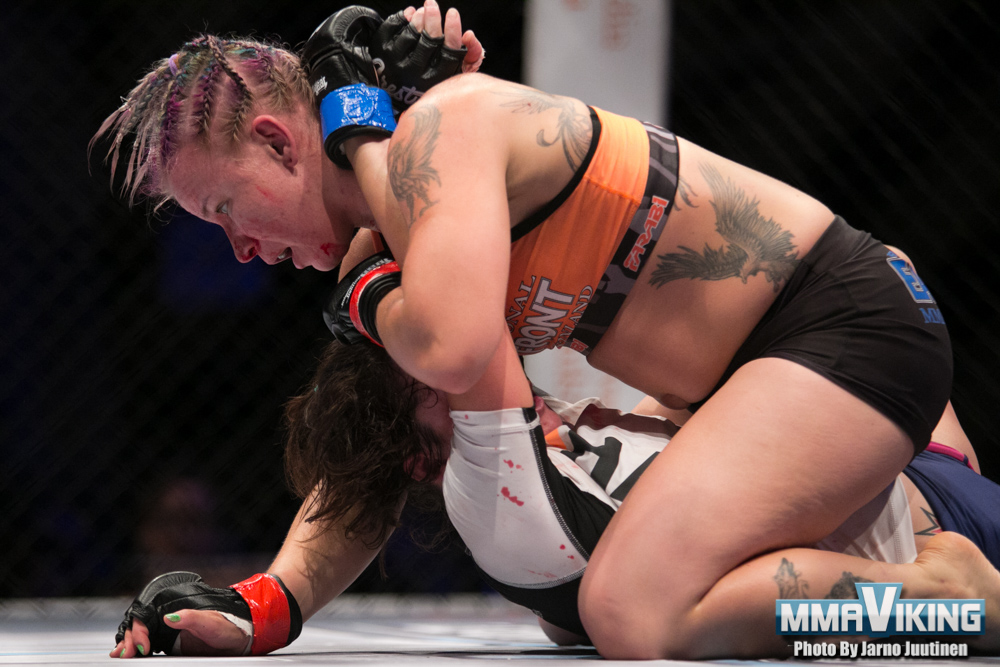 Finn Suvi Salmimies (6-4-1) will take on Zarah Fairn dos Santos (4-2) out of France at NFC Fight Night 2 at the Gatorade Center on May 27th. The promotion announced the bout today.

Salmimies was riding a three fight winning streak before losing a decision at LFN 5 back in April. The 31 year old bantamweight will take on dos Santos that has fought on numerous promotions such as BCMMA and BAMMA. The MMA Factory fighter lost to Swede Elina Nilsson back in 2013 and won at RAJU 11 in her pro debut versus IMMAF Euro Open champion Helin Paara.

The Team East Front fighter turned pro back in 2014 and has an overall record of 5 wins, 4 losses, and 1 draw.