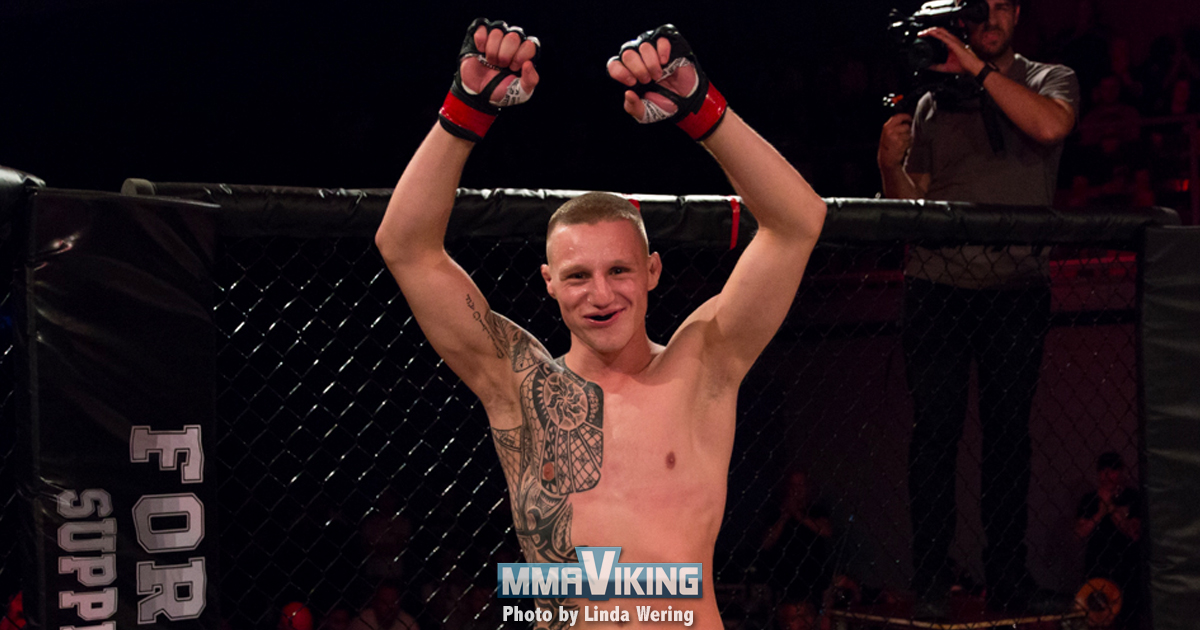 Tobias Harila (4-1) stopped Philip Raeburn (8-8) to win the pro featherweight Adrenalin belt in Swansea, Wales.  The Swede stopped the local fighter in the first round.  “One straight right hand and it’s all over” says coach Jörgen Hamberg about the finish after the Västerås Fight Club fighter got his timing set. 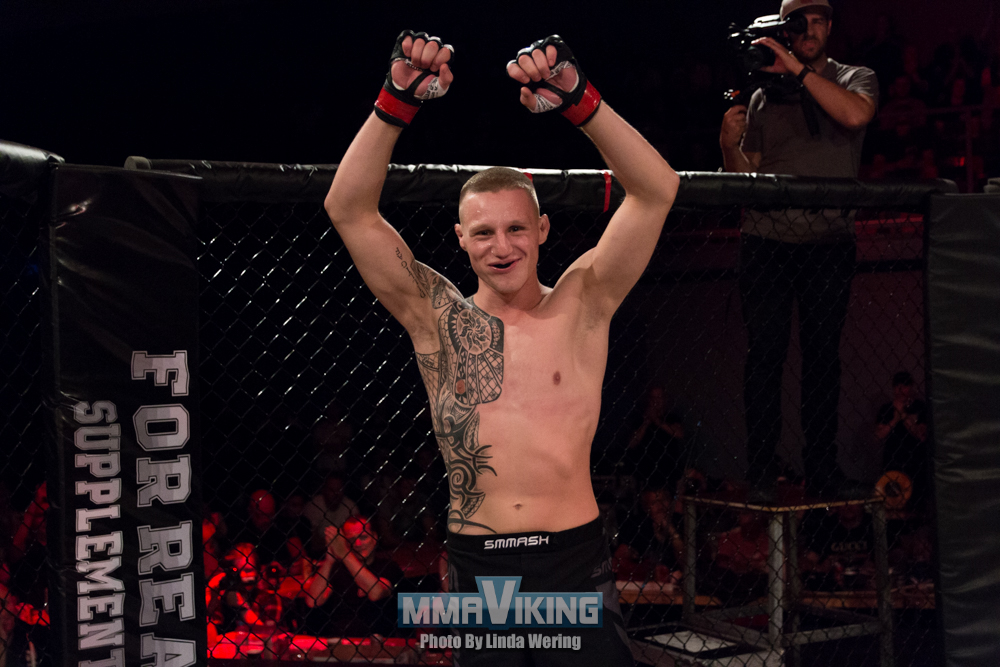 The Swede headlined the Adrenalin: Manor Park 2 card against the 36-year-old local fighter out of Straight Blast Gym Charlestown to cap off two fights in just eight days.

“Bad Intention” is coming off a win last Saturday at Collision Fighting League 4. The Swede dominated the action against vet Nebojsa Bogdanovic (5-6) with viscous ground and pound in the first, leading to a TKO stoppage between rounds 1 and 2.

With a win today he improved his record to 4 wins and 1 loss.  Harila turned pro at Superior Challenge 17 in May.