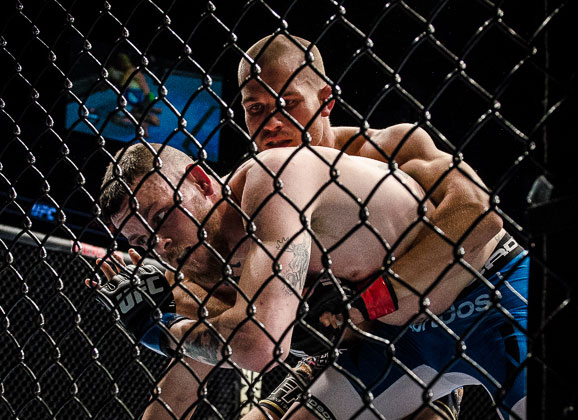 Tom Niinimäki (21-6-1) will look to get back on the winning track against Chas Skelly (11-1) today at UFC Fight Night 49 at the BOK Center in Tulsa, Oklahoma.

“Stoneface” was on a 12-fight winning streak that spanned six years which includes a win over Rani Yahya in his UFC debut at the TUF 17 Finale. However, the Turku, Finland native’s impressive run was halted by Niklas Bakstrom at UFC Fight Night 41 in Berlin, Germany in May, which he is looking to put behind him. 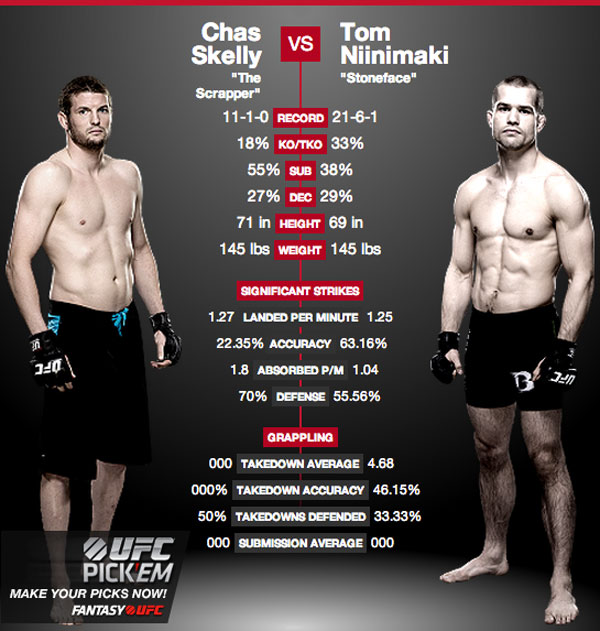 The 32-year-old Finnfighters Gym standout will fight in the main card of the event headlined by former UFC lightweight champion Benson Henderson and Rafael Dos Anjos. Kelly, like Niinimaki, is also looking to bounce back in the winning column after falling to Mirsad Bektic in his promotional debut at UFC on Fox 11. “The Scrapper” was handed his first career defeat after 11 wins, including three straight in Bellator MMA.

“Tom is a well-rounded opponent,” the 29-year-old Skelly said. “He likes to grapple. I feel like I should beat him everywhere.”

I have seen couple of his fights and watched his UFC debut in a more detailed fashion. I think he has a pretty nice style: fights in disciplined manner, doesn’t get too crazy with the strikes, mixes things up with clinch work and shoots for takedowns. It’s MMA so I have to prepared for everything. I can’t go in there thinking that “Ok, now I’m going to keep this fight on the feet and just strike”. – Niinimaki

Niinimäki stayed in Finland to train for the bout, and as revealed in the Finn’s girlfriend Tiina Rannikko blog lifewithafighter.blogspot.se (see more pics) that he found some interesting methods of training including some summer ski jumping.

The event will take place on Saturday, August 23, in only the promotion’s second event held in Tulsa after UFC 4 almost 20 years ago.