A bout between Finland’s Tom Niinimäki and Scotland’s Paul Reed is in the works for Cage “Northern Storm II”.  The bout will take place on November 17 in Oulu, Finland.  The matchup was first reported by content partner fightsport.fi.  “Tough, tough fight” says Reed to MMA Viking about the matchup he has verbally agreed to take with the promotion.

Niinimäki is ranked as MMA Viking’s #1 Featherweight, and currently holds a 17 win and 5 loss record. At 29, ”Stoneface” is ready for a major promotion and is riding a 8 fight win streak. He looks to secure his position as one of the most deserving fighters for a UFC contract with the match against another veteran Paul Reed.

“Tom is number 2 ranked in Europe, UFC have their eyes on him, he’s a top fighter. It’s a very exciting fight.” says Reed, who is accustomed to taking on locals in their home country, as he has done many times. In 2011 he traveled to Sweden to stop current UFC fighter Akira Corassani in Gothenburg’s the Zone FC 8.

The veteran out of Olympians MMA has a 20 win and 10 loss record, and seemed to be happy in retirement after his recent win at KORE MMA, where he beat Craig Allen earlier in the month. “I said I was retiring, but if a good fight came along and right away a great fight came along.” explains Reed. “I would of been happy to call it a day, but it’s a great fight and I still have some smacks to dish out.” 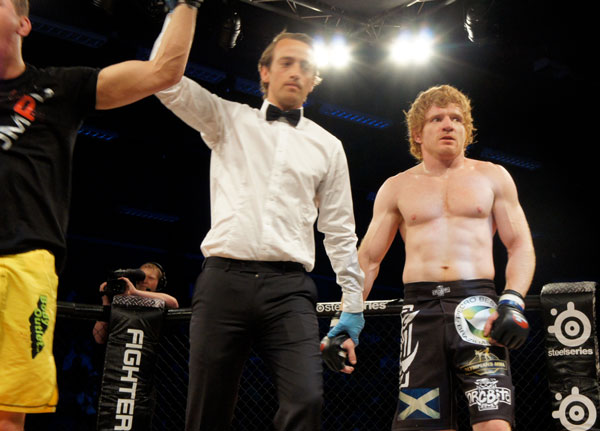 The Cage show will return to northern Finland for the second time. First one “Northern Storm I” in 2011 was a big success with a packed arena.

Tom Niinimäki was expected to fight again in the US later this year on Titan, but with the recent purchase of the promotion, it seems Stoneface is securing his fight at home.