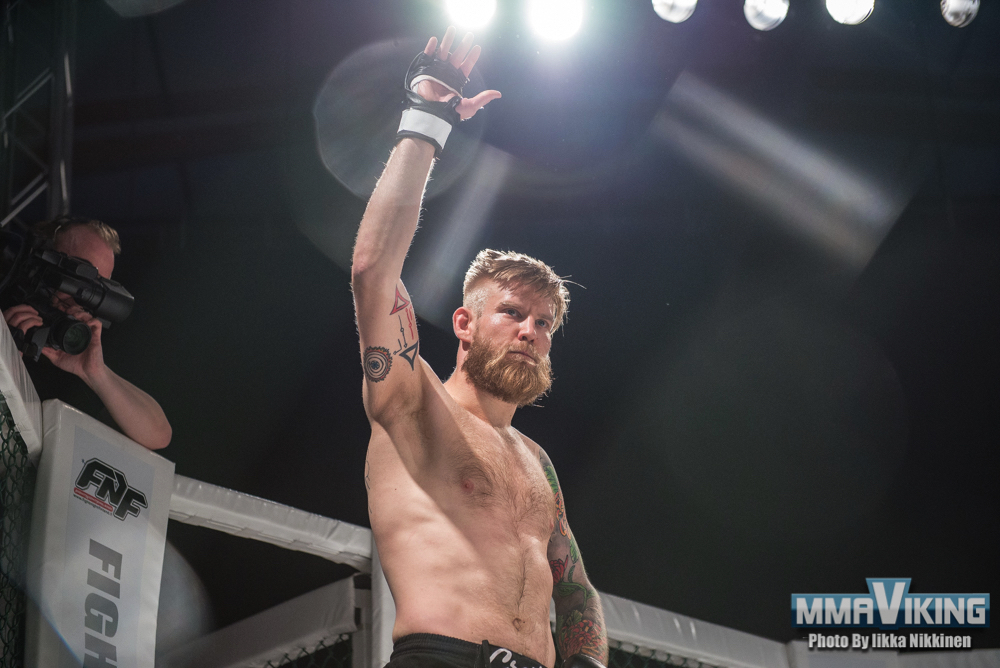 While Valamaa largely controlled the bout with his extensive wrestling prowess, he didn’t go unchallenged through the match. Labban punctuated round one with a strong start, tagging Valamaa on the feet with a veritable buffet of strikes, including a strong kick to the body. Valamaa, however, showed his veteran nature by weathering the storm, and taking the Lebanese fighter to the mat to impose his will through positional control. Rounds two and three saw more of the same, with moments of success for Labban on the feet, followed by a dominant wrestling game applied by the visibly exhausted Finn.

Prior to the start of the third round, as Valamaa stood ready, referee Marc Goddard seemed visibly irate as he instructed Labban and his corner to remove excess water from the mat, and possibly from Labban’s person – a notable development, as Labban appeared exhausted from his earlier striking flurries. Despite this longer than intended intermission, the result was unchanged – Valamaa continued his grappling momentum into the third round, solidifying his victory, and progressing his record to its current standing of 16 victories and 6 defeats.

During Valamaa’s post-fight interview, he mentioned his desire for a continued relationship with the UAE Warriors promotion. Valamaa additionally brought up concerns with his training camp prior to the bout, indicating he was proud of his performance despite a subpar camp. While the Finn did not deign to elaborate further, he seemed in good spirits following his victory.

The Finnfighters’ Gym fighter is back on the winning track after a year away from the cage and two losses.